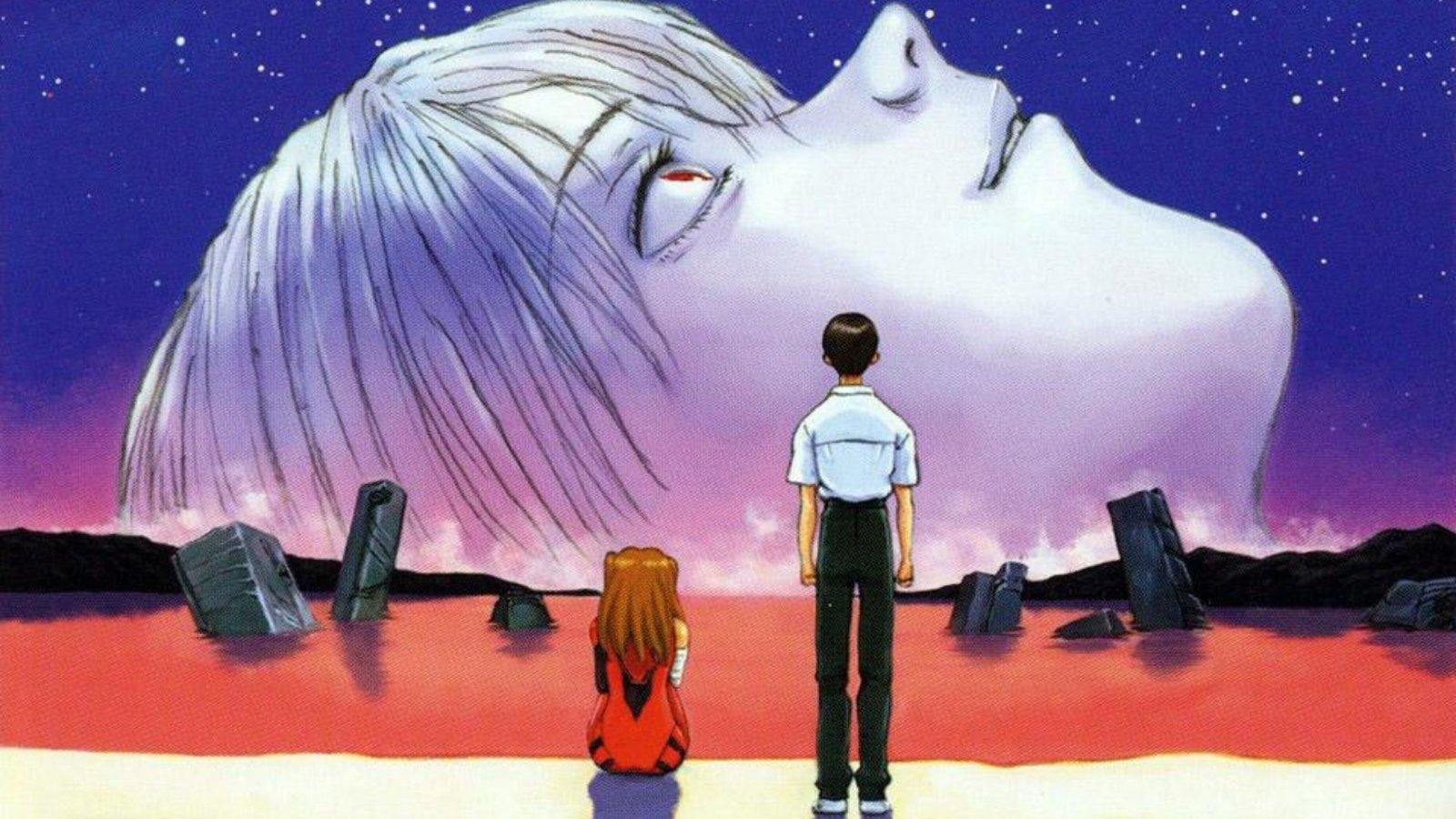 Neon Genesis Evangelion Season 2 is a Japanese mecha anime television series produced by Gainax and animated by Tatsunoko, directed by Hideaki Anno, and broadcast on TV Tokyo, is a controversial anime that raises a lot of questions. Viewers have a variety of opinions regarding this particular anime. This series deals with serious mental issues such as PTSD, psychological disorders, anxiety, suicidal issues, and others.

Some viewers consider it to be a masterpiece while some just consider it boring and exaggerated. The story portrays the duality of existence and questions which one is more proficient. The series debates over the very existence of human beings.

The story contains a lot of biblical references and references from historic religious texts and folklore which is mixed up with the psychological dilemma aspect and wrapped up in the mecha theme. It’s a unique anime and is considered as one the greatest anime out there for its deep philosophical aspect. The anime belongs to an entity of itself. However, there is a lot of debate over the position and high reputation it holds.

The first season which was released back in 1995 ended up with a lot of questions, especially the last few episodes left a lot of viewers clueless with a messed up mind. The ending sequence had an eerie essence to it and a lot of viewers found it hard to dive through the layers and interpret the deeper meaning of it. All of this confusion was clarified in one of the following movie sequels of the series which connects the ending portion of the anime with the rest of the anime. The movie was named “End of Evangelion”.

It is an extraordinary plot that seems like a mecha anime at first but that doesn’t even scratch the surface of what Neon Genesis Evangelion is. We get to follow the life of Shinji Ikari who is a teenage school student dealing with serious mental issues. The story revolves around Shinji and his chemistry with the people surrounding him. Shinji’s father is in command of a high-tech defense facility named Nerv which is in charge of operating EVAs which are gigantic robots build to defend against the threat the “Angels” pose.

In the anime series, “Angels” are giant creatures with odd weird physiques and appearances that attack humans. The names these angels bear happens to have a close resemblance to those Angels who are mentioned in the Kabbalah, which is the Jewish sacred text. However, this is just the tip of the deep mythological references utilized in the entire anime.

Shinji has been a victim of s traumatic childhood, his mother died when he was just a kid and his father neglected him which made his bond with his father a bitter one. However the first day he arrived in the facility of Nerv, he was ordered by his father to pilot an EVA to defeat a newly appeared Angel which Shinji was extremely reluctant to do. He wasn’t ready to commit and get in the EVA and fight the Angels all by himself. But in due time he came around and started piloting EVA 01.

In the Nerv facility, he encounters Rei, an extremely odd quiet girl who doesn’t bother to interact with anyone unless necessary. Shinji faces a lot of trouble in his endeavor to break the ice between them. Rei pilots the EVA 00. However, there was something off about Rei that Shinji couldn’t figure out. Shinji was living in Misato’s place, while he was working in the Nerv agency.

Misato is a lady that looks after Shinji and also is a high-ranking officer of the Nerv agency. Shinji and Rei are later on joined by Asuka, a German girl coming to Japan to help subdue the threat of Angels. Asuka is a hothead impulsive girl who puts herself before anything else. Her attitude even makes some people dislike but she doesn’t care much apparently about that.

Asuka is the pilot for the EVA 02. The three of them get engaged in fighting off the Angels and neutralizing their threat as soon and efficiently possible. Every new angel poses a distinct type of threat and every time they have to come up with new combat plans to evade the threat. These angels began to appear after the event of “The Second Impact” which released Adam the largest Angel. The event was so disastrous that cost the life of a lot of humans and shifted the climate of the entire world.

The catastrophe is considered one of the greatest tragedies in human history. And all the angels that appear are considered “Children of Adam”. Things take a dark as the story of Neon Genesis Evangelion proceeds as it unwraps the details about the secrets that surround the series. The main processing unit of the entire Nerv agency is known as The Magi and it consists of three parts Casper, Melchior, and Balthazar which is a clear reference to the famous short story “The Gift of the Magi”.

It gets revealed that all the Eva’s were actually once Angels and they still have some wild tendencies and they also happen to have the conscience of the pilot’s dear ones. Like EVA 01 has the conscience of Shinji’s mother which makes him only capable of piloting the EVA. The story then focuses on the deep trauma and other disturbing things that surround the pilots of the EVAs and others. Deep insecurities, PTSD, psychological disorientation, etc. that plague almost every character of the series get revealed.

Shinji Ikari- Megumi Ogata also known as Em:óu played the Japanese voice of Shinji in the original anime series. She was born on Jun 06, 1965, and she is from Tokyo, Japan.

Trailer, teaser, and clips of the original anime series and the movies following it are available on YouTube.