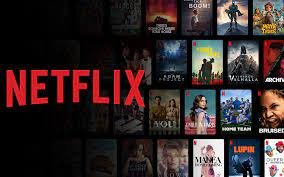 To all the movie buffs and binge-watchers, this is an open invitation and teaser for all you amazing people who have saved their dates for their favorite upcoming seasons and new releases. Because we finally have our hands upon all the major releases for the upcoming month of July 2022. With all the exciting releases all over June Like the All American Season 4, Legacies Season 4, and Top Gear Multiple Seasons, it’s time we help you schedule your movies and shows for July. There is going to be a series of exciting releases all over July starting with the penultimate season of Stranger Things Season 5 on July 1. After that, there are going to be several releases to keep you guys entertained throughout. Let’s have an individualistic look over the list of releases for July.

All set for the release of the nail-biting series’s penultimate season, July 1 is opening with the release of Season 5 of stranger things. Ever since the announcement was made from Netflix, the audience surely vote this as much anticipated. It’s time to see if the Duffer Brothers have come up with a better season this time.

Hello, Goodbye, and Everything in Between

An upcoming American drama film, Hello Goodbye and everything in between is directed by Michael Lewen. The movie stars Talia Ryder, Ayo Edebiri, and Jordan Fisher are all set and the movie is to get released on Netflix on July 6th. It is based upon the novel bearing the same name. Well, the story? It is about Clare and Aidan who had a pact to break up before their college. And now that they have reached the night before they leave for their college, they have to decide. Well, it’s now time for us, when we wait and anticipate if one final goodbye date shall change the pact of a possible break-up?

READ MORE: 12 Shows Like Lincoln Lawyer You Must Watch!

After its initial announcement in 2018, and being renamed the Sea beast from Jacob and the Sea beast, it is now time when the animated movie hits the home screens through Netflix. Directed by Chris Williams The Sea Beast is the movie that brings up the life of a legendary sea beast that has been turned upside down due to the intrusion of a young girl. It shall be interesting to watch the young girl befriending such a legendary sea monster and their journey henceforth. With voice casts Karl Urban and Zaris-Angel Hator, it is going to be a thrilling experience.

Season 1 of Resident Evil is about to roll out on Netflix in July and no one must keep calm. The plotline involves the struggle of a girl who is struggling in the aftermath of a global apocalypse as well as her family traumas from the past. With a persuasive star cast, this series is directly adapted from Resident Evil. If you are excited about the cast, well then it is going to show Lance Reddick, Paola Nunez, Ella Balinska, and Ahad Raza among others.

Persuasion is about the life of Anne Elliot, director Carrie Cracknell has gotten back the queen of seduction Dakota Johnson onto the screen with yet another promising story. Dakota who is playing the role of Anne is on a dual pathway where she has to choose between putting her past behind and second chances. Why has this happened? The intrusion of Frederick Wentworth. Well, only the real day can unveil the suspense and ending.

READ MORE:16 Anime Like Inuyasha That You Must Watch

After a messy season 3, the melodramatic soapy bunch of episodes has come back the fourth time for now. While the viewers could distinguish the lack of romantic energy in the third season, the only thing the lovers of Virgin River hope is they regain it this season. Well, let’s find out what the makers bring us this time.

After a cliffhanging end to the fourth season of the Jurassic World Camp Cretaceous, it is returning to the screens with a season 5. The premiere of the season is on 21st July 2022 on Netflix. This allegedly also is the final season of the Jurassic World Camp Cretaceous Series. After the release of season 1 in September 2020, it was very unclear whether it shall ever continue. However, it did and we are in the fifth edition of the series. With an intriguing tagline, there were a series of teasers and trailers which were rolled out. Well, how has the suspenseful cliffhanger managed, it is going to be a thrilling experience?

The much anticipated CIA movie starring Ryan gosling and the Bridgerton sensation Rege Jean Page hits our home screens on 22nd July. Indian Actor Dhanush has also played an essential role in the movie. As per the snippets and many unofficial reports, the movie is said to be about a top CIA Asset with a hidden identity, unveiling the secrets of the agency leading to a global hunt. Hunt for the assassins who were set loose by his colleagues. Well, how the story unfolds is yet to watch but the involvement of big names like Gosling Jean and Chris Evans have already spiked up the curiosity within the viewers.

With a promising talent, Cassie is a woman, working in a bar in Austin, Texas to make her life work and earn her bread. All along, she never for once stops dreaming to become a singer or a songwriter and keeps pursuing her dreams. Contrasting to this scenario comes Luke, an army trainee, one who finds unending comfort in discipline and such a lifestyle. While about to ship out for duty the story is about how Cassie and Luke fall hopelessly in love with each other. Every odd, every difficulty seemed indifferent. And this is the movie going to unveil this mad-in-love romance. You can watch Purple Hearts here on Netflix.

Uncoupled is a story about a single gay man, in his mid-40s, left alone to confront his nightmares of dealing with two drastic situations. One where his husband has walked out of his life after 17 years, a time after which a normal human knows no life without the involvement of the partner, and two him being left alone at a peculiar age frame. Well, how Michael deals with the confusion and embarks upon his crisis, is yet to unveil. Created by Jeffrey Richman And Darren Star, this story rolls out on July 29 starring Emerson Brooks, Colin Hanlon, and Ivan Amaro Bullion.