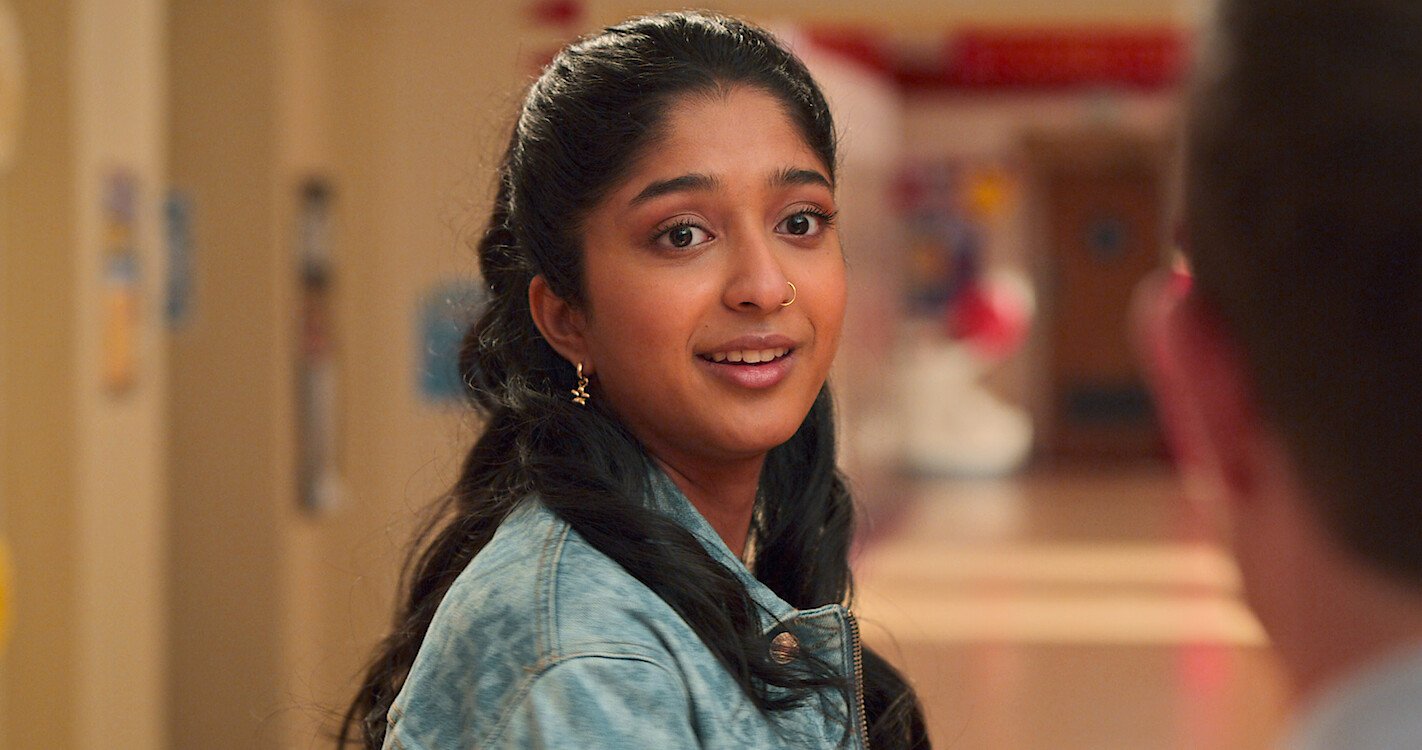 Never Have I Ever is one of the most watched seasons of the year. After its two successful seasons, Netflix recently released a third with 10 full episodes.

Will it return with a fourth one?

Well, that is a talk for some other day. We are back today with the explained ending of the last season that is newly aired in Season 3. Are you excited? I hope you are. But before that, I would want you to watch the series first if you have not yet before you further move on with the article.

This is an American coming-of-age comedy, Netflix original drama that has aired 3 seasons with 30 episodes in total to date. The series as soon as it made it to the platform became one of the most watched with each new season being aired every year.

The show first aired in 2020 with its first full episodes of 10. And now every year the show follows its 10-episode sequel. The runtime of each of the episodes is about 22- 31 minutes.

Now before we move on with the explanation of season 3 ending.

Never Have I Ever Season 3 Ending Explained

This season is full of chaos, ups and downs, many problematic relationships and hella chaotic dating lives of the group.

As Devi and Paxton break up, Devi is devastated and is equally jealous of Paxton dating one of his exes. Never did she imagine that she would not be able to keep things with Paxton who was ready to have a platonic relationship with her.

On the other hand, Kamala apologises to Prashant for having a cold foot when he and his family came to meet her to fix a wedding date (Season 2). But Prashant is not ready to forget her for the humiliation she caused. But things get steamy when Kamala and Devi’s teacher, Manish, feel they are right for each other. But Pati is not ready to approve of this relationship. A lot of chaos ensues with Manish disappointing Patti and her friends in Navratri evening. But later they all reconcile and Pati approves of their relationship as she finally understands that the duo really loves each other.

Devi’s mother Nalini who seemed very lonely after her husband’s sudden demise. Gained back her spirit with her new friend Doctor Ryah. Soon they start going to places and doing a lot of things which Nalini never thought of. Nalini and Ryah soon share a very intimate bond and Ryah introduces Devi to her son Des.

What started as a misunderstanding, soon turned into friendship when Devi and Des started dating. Things were going pretty well and most importantly Nalini too approved of this relationship.

On the other hand, Eleanor and Tent are hitting it right off from the very start. But Fabiola is confused between her newly formed relationship with Ben Gross’s ex Aneesa and a new girl, Addison. As things end with Aneesa and Ben, he is again developing something beyond friendship with Devi.

Fab’s girlfriend Eve leaves for higher studies and later she and Aneesa share a passionate kiss in the washroom. As Aneesa realises that Ben still has feelings for Devi, she breaks up with him and the two girls slowly start to date. But Aneesa feels that Fab is not as dedicated as her in this relationship which she finally understands when Fab locks eyes with Des’s friend Addison.

As Devi’s performance comes up, she hallucinates her father in the audience area which breaks her down. Rhyah who witnesses these orders her son to break off with her as she feels Devi is not mentally stable for her son.

READ MORE: Why Is Game Of Thrones So Popular?

As Nalini realises that Ryah bad-mouths her daughter and that she enjoys being a proud mother of an almost perfect son, unlike Devi. She decides to end things with her.

As things cool down Ben Gross offers to have sex with Devi as they both are virgins and Devi is really obsessed to lose her virginity before her days in high school end. Soon she receives an offer letter from Shrubland. All her friends including Ben are not ready to let her leave when they all hear about it.

Although hesitant at first, she later decides to stay back as she wants to spend more of her time with her mother. Paxton decided to attend Arizona State University as he received an offer letter from them. Trent, who was not ready to leave his only BFF soon understands that he needs to let him go as Elanor consoles him that Paxton will forever be his BFF.

Devi breaks the good news to her friends that she is no longer leaving them and will be attending her graduation with them; they are overjoyed by her decision.

Fabiola loses her virginity to Addison and Elanor discloses that her boyfriend would be repeating a year of his poor grades.

Devi soon comes up with the realisation that her high school days are nearly over and she is yet to lose her virginity. But then she remembers Ben Gross’s offer. Carrying the piece of paper in her hand she knocks at Ben’s door.

The scene ends with Devi asking Ben if the proposal is still on as he invites her in, the door shuts behind them.

We can only assume that maybe the two nerds did lose to their cherry in the end after all.

But the question of whether they actually did and what lies in the future will be only answered in the next season.

Never Have I Ever Season 3 Recap

Season 3 aired on August 12, 2022, with its 10 full episodes available on Netflix for you to watch. The show scored a rating of 7.9 on IMDb and left the audience screaming with each new episode.

Season 3 starts with Devi and Paxton’s grand entry, locking their hands together as they enter their high school. Leaving everyone shocked as they are now an official couple of Sherman Oaks Crew.

But things are not easy, for this always confused girl. With rumours spreading fast about their newly formed relationship she is not ready to accept that a nerd like her is dating the high school punk. As numerous incidents and misunderstandings follow, Paxton ends everything with Devi, shattering her heart into multiple pieces.

Paxton moves on with a new girl and so does Devi with an Indian guy, Des. But will they stick together or more confusion will follow? You will also enjoy the love chemistry between Elanor and Trent.

What Can Happen in The Next Season?

Season 4 will come up in 2023, if we look into the pattern of the show release, then we can see that each new season gets aired every year. So, season 4 will also air in 2023. The date is yet to be announced.

Paxton will be leaving for his new University and the rest of the group will stay behind.

Fab and Addison may become a thing but with Des and Devi breaking up, will they be able to stick together as their friends are on the wrong foot?

Elanor and Trent although they had a previous misunderstanding now, they are aware that they are perfect for each other we can further conclude that the duo might stick till the end.

With Des gone and Paxton leaving, Devi did share something intimate with Ben Gross. The new season might start off with the two nerds finally making out once and for all.

While the group begins their college life you may learn more about their interpersonal relationship and life at college.

With things finally happy and breezy for both Kamala and Manish, 2023 might break for some wedding bells.

More fun, chaos, laughter, and tears wait for you all, as Season 4 adds to more mystery and happenings. And who knows things might tense up if new characters are included or there is a return of the exes. Like Eve for that matter? Or Des coming back to apologise to Devi.

Let’s wait and see, what Never Have I Ever has planned for us.

Will Ben and Devi Finally Hit Off?

We can never disagree with the ongoing chemistry between Ben Gross and Devi. Season 1 ended with Devi and Ben kissing in the car. Season 2 focussed on the duo’s relationship although Devi was two-timing at that time.

Ben was always good to her and never cheated on her. And not to forget he cared for her and still had feelings for her which we clearly witnessed as he confessed the same to Fab. Tells her how he was heartbroken when Devi lied to him for two-timing.

It was Ben who warned Devi about Des and was always there when Devi needed someone the most. Not to forget his shocking proposal to help her in losing her virginity.

While I feel that Ben and Devi are perfect for each other, I think the whole fandom will agree with me on this. But nonetheless, let’s wait and see what season 4 has for us.

Did Things Really End with Devi and Paxton?

In Season 1 Devi had some feelings for Paxton and even proposed to have sex with him but as she got cold feet, she took a rain check to the plan. Later Paxton realised his feelings and asked her out.

And in Season 2 you might have seen that Devi was dating both Paxton Hall Yoshida and Ben Gross at the same time. And not to forget this two-timing almost cost Paxton’s life as he got hit by a car. But with Devi’s apology, he soon forgave her and the two finally started dating in Season 3.

Always under jealous eyes, Devi was confused why a high school playboy like him was dating a nerd like her. This confusion led to misunderstanding and which finally led to a breakup. Although they chose to remain friends, at some point Paxton wants Devi to understand his true feelings for her. Or even if not, then at least she might feel jealous of his relationship with his ex.

Which he was almost successful at as Devi was guilty until Des entered the scene. But as things ended with Des, he got an offer from Arizona State University.

Now no time to date, he stood rather focused on his journey to the states.

What I feel is that although Paxton was understanding of the Devil’s taking things slow and keeping a platonic relationship there was always this gap in their relationship. Which was not evident in the Ben, Devi relationship. We as viewers could always feel it in theirs’.

But the real question of if they are an actual misfit or if it’s their own immaturity, well the opinion is completely subjective.

Now that I have created the vibe, I hope you are waiting for Season 4. You can watch this show on Netflix.

There are more ships to sail and more ups and downs to balance!