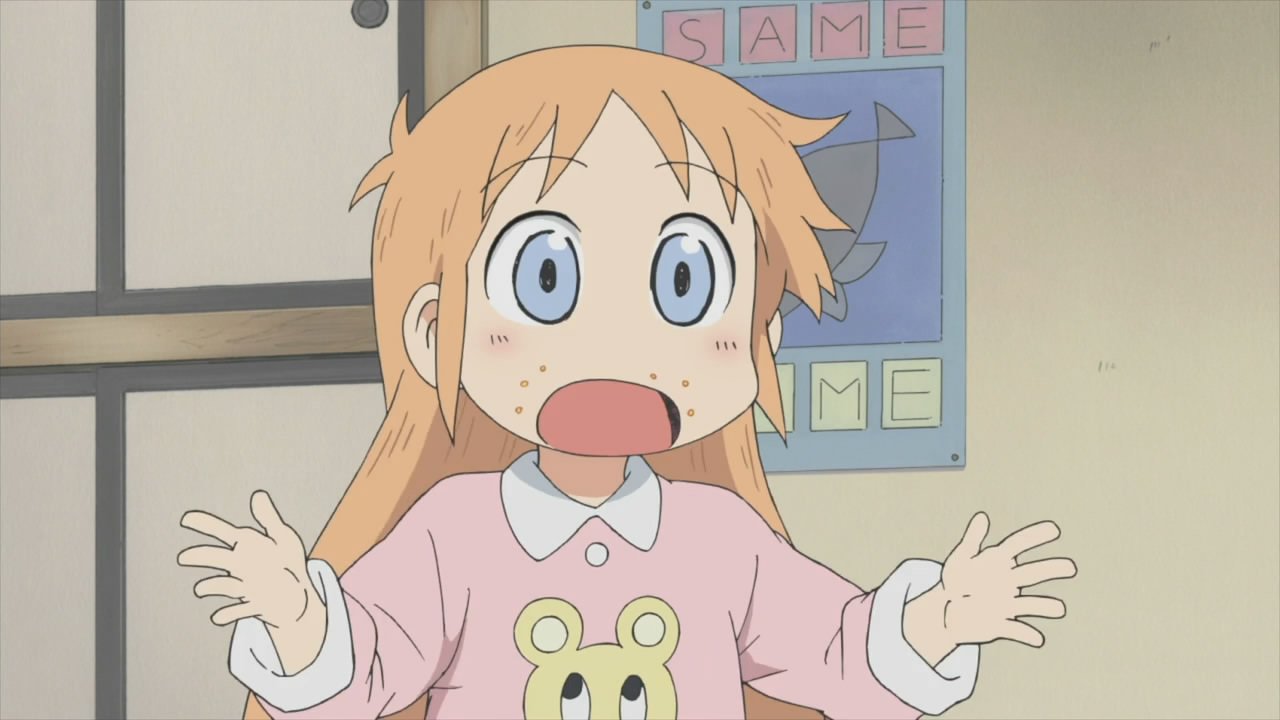 A must-watch anime with its comedy dialed up to the maximum level, Nichijou is a Japanese comedy anime series written by Keiichi Arawi that was released in December of 2006, The manga chapter was later published in 10 volumes from July 2007 to December 2015.

The series is a Slice-Of-Life and Surreal-Comedy Anime that revolves around the lives of a childhood trio group.

The anime is so cute, wholesome, and comedic at the same time that it makes the viewers go aww and laugh contiguously. Though the show didn’t much attention to the viewers during its screen time, the series is now considered one of the best comedy anime that has ever been released.

The last season of Nichijou was aired in 2011 with the OVA that was released on the 12th of March and the show’s final episode of the season aired on the 26th of September, Which makes it 10 years since season 1 of Nichijou ended.

With the love and support the series is getting now, fans are expecting another season of Nichijou as after six years of hiatus and by the support of fans, the manga began serialization again in 2021, So we can expect a season 2 that might be cooking under our noses with us being unaware about it.

As predicted by us and a lot of other fans, if the show gets renewed for the second season, the show will most probably follow the storyline of the manga series.

Even if the story will not be based on manga. We are sure that the show will make you tear up by laughing so hard and make you feel refreshed even if you had a bad day.

Who can’t fall in love with the comedic trio of childhood friends – Mio Naganohara, Yuuko Aioi, and Mai Minakami whose stories revolve around their daily lives as well as the lives of other people in the story? The Young genius Hakase Shinonome, Nano, and the talking cat Sakamoto also are a part of the normal and insane life of the trio.

Getting the most attention due to their character development and all the adventures they had together, Season 1 follows the life of every character with extreme comedic-action scenes

As per the Manga, there are no major changes in the characters of NIchijou, whilst it’s a possibility that we might get different Voice Artists for characters for Season 2. We can see our main characters back in comedic-action to give us a sore throat due to laughing.

Yuuko Aioi, Voiced by Honda-Mariko, is one of the trio and loves to make people laugh and is a bit clumsy too; Mai Minamika, Voiced by Misuzu, Is another girl of the trio group who is intelligent and multi-talented; Mio Nagonohara, Voiced by Mai-Aizawa, is the final member of the trio who is short-tempered and is very cheerful; Sakamoto, Voiced by Minoru, is a talking cat created by the professor and wears a red scarf around his neck; Hakase Shinonome, Voiced by Hiromi, is an 8-year-old scientist who is well known for her outstanding intelligence and is a snack lover; Nano Shinonome, Voiced by Shizuka Furuya, is a robot that was built by Hasake and lives with her and Sakamoto.

Well, from what we know, Nichijou has a high chance of making a grand comeback but it isn’t official so we just have to wait for the updates to get a conclusion

Who knows if we are sleeping and the studio decided to drop off the trailer at 2 am in the morning. Don’t want that? Stay tuned to us for updates.

Where To Watch Nichijou Season 2 Online?

You can watch the adventure of the comedic trio and their friends of season 1 on Crunchyroll and Funimation Now whilst we will try to update you with any new information that comes regarding Nichijou or any other anime!

As season 2 isn’t confirmed yet, we cannot predict on what platforms it will release. So to know about the latest updates regarding it, then follow us.

READ MORE: Shrek 5 Release Date and More Information That You Need To Know!