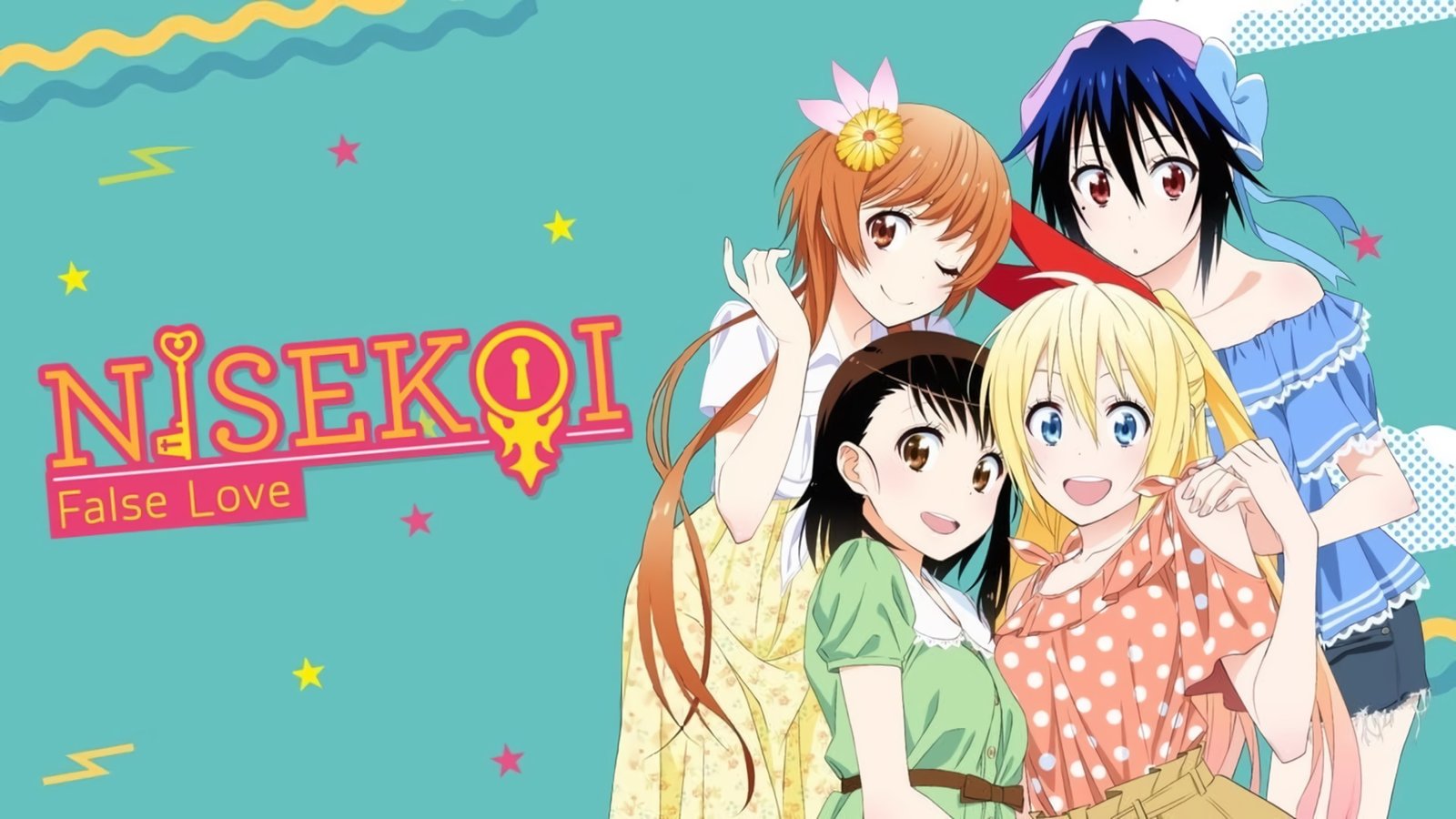 Are you into romantic comedy anime? If yes, then you are at the very right place. Your favorite site Poptimes is back with another article for all anime lovers. Nisekoi False Love is a Japanese anime also quite popular by the name Nisekoi. In case you aren’t aware much about Nisekoi, then read this article from start till the end to learn everything: release date, storyline, character list, and much more. Let’s start!

A Japanese romantic comedy manga series Nisekoi False Love illustrated and written by Naoshi Komi. The manga series was serialized in the magazine named Weekly Shōnen Jump by the publisher Shueisha. For all North American manga readers, the series was serialized by Viz Media in Weekly Shonen Jump. The series ran from November 7, 2011, and along with 25 volumes, the manga wrapped up on August 8, 2016. An anime series was adapted from the manga series by the same name on January 11, 2014. It’s been quite a long time since anime fans got both the seasons of Nisekoi, now they are yearning for season 3. Will they get season 3? To know updates about Nisekoi False Love Season 3 continue reading this article!

Nisekoi False Love is illustrated and written by Naoshi Komi whereas Akiyuki Shinbo has directed the series. Shueisha, Mainichi Broadcasting System, Aniplex, and Shaft have produced Nisekoi False Love. Under the license of Aniplex of America, the series was streaming in North America. Nisekoi False Love is still quite popular among viewers with its refreshing and addictive storyline. The storyline follows the son of a yakuza leader named Raku Ichijo, who is a high school student and he is forcibly paired with a daughter of a rival gang leader named Chitoge Kirisaki, who is a transfer student. But what will happen next? Well, it’s enough spoilers about the storyline, you need to watch to know the whole story. However, some suspense is tangled, to untangle all these mysteries creators need to release season 3. So all the suspense will open up if there will be season 3.

We haven’t got any trailer for season 3, as it is not officially renewed. Looking at the time gap, season 3 is quite unlikely to be renewed but you never know, some miracles might happen and anime lovers will get season 3. Let’s hold back until then.

Where To Watch Nisekoi False Love?

If you haven’t watched previous seasons or want to watch it again, then for all the fans it is streaming on Crunchyroll. Do let us know your reviews about the series in the comment section. Stay tuned with ThePoptimes for more such articles about your favorite shows and movies! Have a cheerful watching!