You might have not heard about Norwegian shows as the shows are not quite famous. However, Norseman, created by Jon Iver Helgaker and Jonas Torgersen, is an exceptional show with three seasons and 18 episodes. Norseman is a Norwegian comedy television friend produced by Anders Tangen and Oyvind Thoen. The series aired on NRK1 under the name Vikingane. However, Netflix picked the show in August 2017 and introduced the world to this fabulous show. The show has a total of three seasons, here, today, we will talk about Norsemen Season 4 release date and other details.

The first season had an average of 1 million viewers in Norway, a country whose population does not exceed 5 million. It made its name to The New York Times’ 10 best international best TV series in 2017. The Guardian ranked the show as the 29th best TV show of the year 2017. The show won Gullruten Award for Best Comedy. It was also nominated for Best Sound Production. The next season was also nominated and the third season, again, won the award for Best Comedy Show.

The second season was released on November 3, 2017. The show was renewed for the third season. Filming of the show began and it hit our screens on 21 February 2020. The third season is named ‘Season 0’ as it tells the story behind the events which took place in the first season. In simple words, it tells the stories which led up to season 1. This would be devastating for the fans to know that the makers and Netflix have already canceled Norsemen Season 4. On the show’s official Twitter account, they thanked all the viewers and expressed their gratitude to make the show a big success, and expressed their grief for the show.

However, they also said that they would love to bring the next season in other ways to use in the future. Seeing the popularity of the show, we can expect the fourth season of the show on any other OTT platform.

Henrik Mestad played the role of Olav who is the chieftain and the leader of the village. Hildur, played by Marian Saastad Ottesen, is his wife. Nils Jorgen Kaalstad played Arvid. He is the chieftain’s second-in-command. He wants to settle in the village but also loves to go on raids. Kare Conradi was seen as Orm, who is homosexual, and Silje Torp as Froya who is married to Orm. Trond Fausa Aurvag was seen as playing Rufus who is an enslaved actor from Rome and decides to modernize the village with the help of Orm. Jon Oigarden portrayed Jarl Varg. He is the main antagonist of the show. Netflix has not confirmed the cast of the show, but it is anticipated that the same cast would appear in the next season.

MUST-READ: My Hero Academia Chapter 331 Release Date And Other Details!

The show tells the story of a group of Vikings living in Norheim around the year 790. The various characters of the show take the role of leadership as the plot of the show develops. The show talks about the struggles of people in Norheim and covers their day-to-day happenings. As the story develops, there is rivalry and conflicts with neighboring villages and the other tribal group led by Jarl Varg. There is a dispute between the villagers and Rufus as he wants to modernize the village.

The series has an amazing rating of 7.8 out of 10 on IMDB and 100% on Rotten Tomatoes. You can watch the trailer of season 3 on YouTube. If you liked the trailer and wish to stream the show, all three seasons of Norseman are available on the OTT platform, Netflix worldwide. 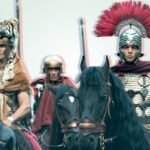 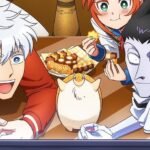