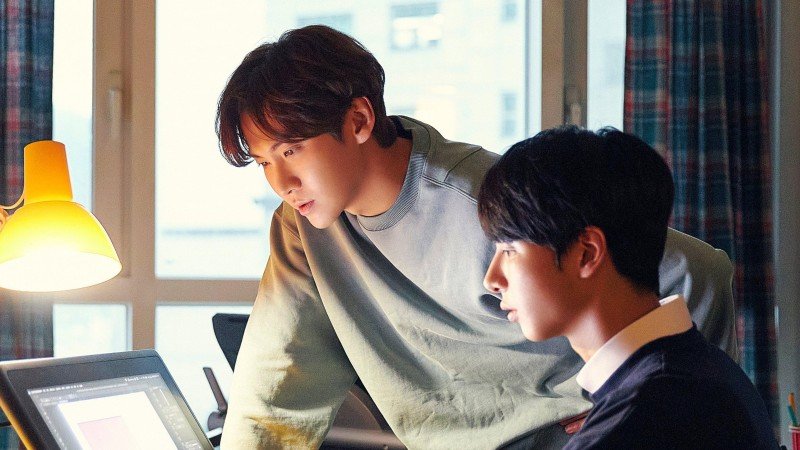 Korean dramas are like Serotonin boosters, every drama has a story to tell and every drama radiates comfort energy no matter what genre it holds. Even BL dramas are now our comfort dramas not because of the chemistry the main protagonists have but also because the storyline hits hard. Oh! My Assistant is a new BL Korean drama that premiered on December 1, 2022, and unfortunately ended on December 23, 2022.

Recently, the first season of Oh! My Assistant ended and fans are already in search of the second season. We can understand why fans are so into this drama and why they are very desperate to see another season. But usually, K-dramas do not have more than 1 season, but the situation is kind of different for the BL series, usually, they have more than 1 season.

So we can expect to see another season of Oh! My Assistant. As this is adapted from a webtoon we can tell there will be another season but we still should not hope that much as there is no official statement.

We can expect to see a more intense bond between Mu Yeong and Seon Ho in the second season. Maybe there will be some issues between the couple and they will break up but soon they will patch up. We are just assuming the possible plot for the 2nd season. Nothing has been confirmed as of now.

We can expect to see the same star cast in the second season. The cast for the first season of Oh! My Assistant includes Song Seung Hyun as Seon Ho, Ko Chan Bin as Gu Mu Yeong, Lee Do Ha as Han Joon Seok, and Seo Min Seo as Lee Min Yeong.

It’s a story about an adult webtoon artist, Seon Ho, who is a huge cutie and hires an assistant to help him with his work.

Mu Yeong is super rich, super talented, and at first, seems like a stickler for rules. He has his own principles for working and had a set of rules before starting the work. But eventually, Seonho realizes that he is actually a softie at heart.

Mu Yeong also has a secret that he is actually a huge fan of Seon ho and had liked him since school times.

Seonho has an issue in that even though he worked with adult content he never felt aroused but for the first time in 2 years, he felt something when he saw Muyeong pose for his webtoon.

Being with Mu Yeong, seon ho starts feeling something for him and starts to question his sexuality and comes to terms that maybe he is not what he thought he was.

He uses logic. He feels like since he always goes for 2 different types of things no matter what (food, etc) maybe he’s both into girls and boys. He just accepts that he likes Mu Yeong and tells him but some misunderstandings happen between them (Mu Yeong’s close friend realizes he has feelings for Mu Yeong so that creates a misunderstanding for seonho and Mu Yeong misunderstands seonho and his webtoon publicist relationship). Eventually, they sort it out and start dating and end up moving in together.

Where To Watch Oh! My Assistant Season 2?

The first season has been updated on Viki, you can easily stream it on Viki. The second season is not yet out but if we get another season we can expect it to be available on Viki.

The show got ratings of 6.6 out of 10 on IMDb. Check the analytical tables below:

Is Oh! My Assistant a good BL drama?

Well, we can not say that this drama is not a good BL. If you are into soft and cute drama series then this one is for you.

Is Oh! My Assistant confirmed to have another season?

No, this BL has not been renewed for another season.

How many episodes are there in the first season of Oh! My Assistant?

There are 8 episodes in the first season of Oh! My Assistant.

When was the first season of Oh! My Assistant released?

When did the first season of Oh! My Assistant get over?

Where to watch this BL?

You can watch it on Viki.