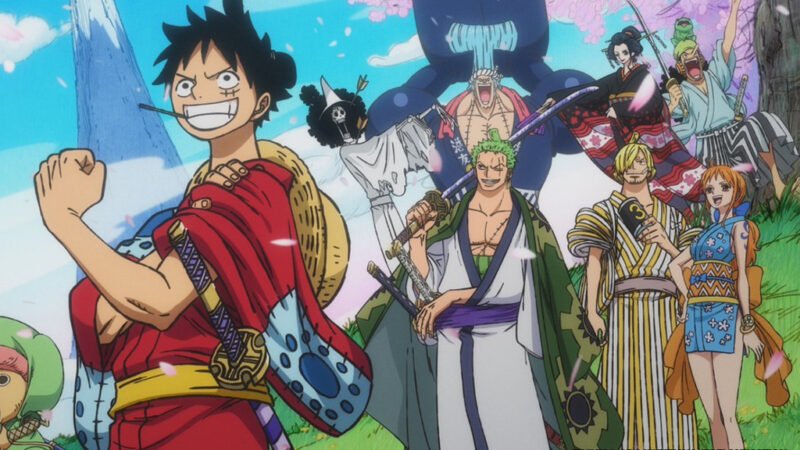 One Piece is a Japanese anime produced by Toei Animation. The anime was released on Fuji TV on 20th October 1999. The animation is based on the well-known manga of the same name by Eiichiro Oda. The story revolves around a named Monkey D. Luffy. The body of the boy changes and gains the property of the rubber because he unintentionally eats a Devil Fruit. One Piece took place in a world where pirates have the supreme authority on the seas. One Piece is a legendary treasure and the person who will obtain it will become the next pirate king. Monkey D.Luffy is one of the hundreds of pirates who are in search of a legendary treasure. But fillers are also the truth of the anime. A filler is an arc or episode that doesn’t affect the long story. There is no character development or returning character returning and it is generally considered non-canon. Filler is released when the anime series gets too close to the manga or catches up with it. As a result, the studio needs time for the further chapters to be published.

It is one of the biggest anime series and it’s been more than 20 years since the anime debut. And I think when any newb wants to start watching manga, they are most afraid of the “big three” because they have a large number of episodes. Even among those three, One Piece is still gigantic even after removing the filler episodes. It is not easy to watch the series because it has 115 filler episodes the series is left with more than 900 episodes. We can also say that the One Piece series has the minimum number of fillers considering bleach has 366 episodes in the original run while 165 of them were fillers.  The percentage is nearly forty-five percent of the entire series while One Piece nearly has 11 percent filler episodes till now. That certainly isn’t an easy task to watch, even for a weeb like me.

All Filler Episodes Of One Piece

Here are all the filler episodes of One Piece anime with their names, the first filler episode was the 50th episode of the anime that is Usopp Vs. Daddy The Parent! Showdown At High Noon!, second Fiery Cooking Battle? Sanji Vs. The Beautiful Chef! (Episode 51), third Precursor To A New Adventure! Apis, A Mysterious Girl! (Episode 54), fourth Miraculous Creature! Apis’ Secret And The Legendary Island! (Episode 55), fifth Eric Attacks! Great Escape From Warship Island! (Episode 56), sixth A Solitary Island In The Distant Sea! The Legendary Lost Island! (Episode 57), seventh Showdown In The Ruins! Tense Zoro vs. Eric! (Episode 58), eighth eighteenth Luffy, Completely Surrounded! Commodore Nelson’s Secret Strategy! (Episode 59), ninth Through The Sky They Soar! The 1000-Year Legend Lives Again! (Episode 60), tenth Off To The Desert Kingdom! The Rain-Summoning Powder And The Rebel Army! (Episode 93), eleventh Enter The Desert Pirates! The Men Who Live Freely! (Episode 98), twelfth False Fortitude! Camu, Rebel Soldier At Heart! (Episode 99), thirteenth Showdown In A Heat Haze! Ace Vs. The Gallant Scorpion! (Episode 101), fourteenth Ruins And Lost Ways! Vivi, Her Friends, And The Country’s Form! (Episode 102), fifteenth The First Patient!

The Untold Story of the Rumble Ball! (Episode 131), sixteenth Uprising of the Navigator! For The Unyielding Dream! (Episode 132), seventeenth A Recipe Handed Down! Sanji, The Iron Man of Curry! (Episode 133), eighteenth I Will Make It Bloom! Usopp The Man And The Eight-Foot Shell! (Episode 134), nineteenth The Fabled Pirate Hunter! Zoro, The Wandering Swordsman! (Episode 135), No.20th is Zenny Of The Island Of Goats And The Pirate Ship In The Mountains! (Episode 136), and No.21st is How’re Tricks? The Designs Of Zenny The Moneylender! (Episode 137), No.22nd is Whereabouts Of The Island Treasure! Attack Of The Zenny Pirates! (Episode 138), No.23rd is Legend Of The Rainbow Mist! Old Man Henzo Of The Luluka Island! (Episode 139), No. 24th is Residents Of The Land Of Eternity! The Pumpkin Pirates! (Episode 140), No. 25th is Thoughts of Home! The Pirate Graveyard Of No Escape! (Episode 141), No.26th is An Inevitable Melee! Wetton’s Schemes And The Rainbow Tower! (Episode 142), No. 27th is And So, The Legend Begins! To The Other Side Of The Rainbow! (Episode 143), No.28th is The State Of Emergency Is Issued! A Notorious Pirate Ship Has Infiltrated! (Episode 196), No.29th is Sanji The Cook! Proving His Merit At The Marine Dining Hall! (Episode 197), No.30th is Captured Zoro! Chopper’s Emergency Operation! (Episode 198), No.31st is The Marines’ Dragnet Closes In! The Second Member Captured! (Episode 199), No.32nd is Luffy and Sanji’s Daring Rescue Mission! (Episode 200), No.33rd is Enter The Hot-Blooded Special Forces!

Lottery Ruckus! (Episode 291), No.56th is A Big Rice Cake Tossing Race At The Castle! Red Nose’s Plot! (Episode 292), No.57th is Boss Luffy Is The Culprit? Track Down The Missing Great Cherry Tree! (Episode 303), No.58th is The Girl In Search Of Her Yagara! Great Search In The City of Water! (Episode 317), No.59th is Mothers Are Strong! Zoro’s Hectic Household Chores! (Episode 318), No.60th is Sanji’s Shock! Mysterious Old Man And His Super Yummy Cooking! (Episode 319), No.61st is The Mysterious Band Of Pirates! Sunny And The Dangerous Trap! (Episode 326), No.62nd is Sunny In A Pinch! Roar, Secret Superspeed Mecha! (Episode 327), No.63rd is The Dream Sinking In The New World! The Disillusioned Pirate, Puzzle! (Episode 328), No.64th is The Assassins Attack! The Great Battle On Ice Begins! (Episode 329), No.65th is The Straw Hat’s Hard Battles! A Pirate Soul Risking It All for the Flag! (Episode 330), No.66th is Hot Full Throttle! The Twins’ Magnetic Power Drawing Near! (Episode 331), No.67th is Mansion Of Great Chaos! The Enraged Don And The Captured Crew! (Episode 332), No.68th is The Return Of The Phoenix!

One Piece Filler Episodes Or Arc That Worth Watching

There won’t be a better example than the G-8 arc (Episode 196 – 206). The arc comes right after the Sky Island saga. In the arc, the crew of Straw Hat pirates finds their way to the sky island, which is considered a myth. Instead of landing in open water, they land in a Heavenly-fortified Marine base now they have to find a way to escape the calamity. In the arc, every member of the Straw Hats gets to shine in their way. This arc is also one of the funniest ones considering the Luffy’s strange spot to hide for the octopus ballon.

One Piece Film: Strong World is another great watch, As the first One Piece film to be written by Eiichiro Oda himself, it is unmatched in terms of quality. But before watching the movie you must watch the main series “Little East Blue” arc. As an anime lover, I can’t miss One Piece Episode 590: “History’s Strongest Collaboration vs. Glutton of the Sea” is a crossover between Toriko and Dragon ball Z. In the episode the three main protagonists fight over meat, and at the end of all they used a final combo to rune the enemy. For every fan of the anime, it is like a dream come true to see these three in the same episode though it is the second part of the event (two-part event). As for the first episode Toriko Episode 99, titled “Run, Strongest Team! Toriko, Luffy and Goku!”