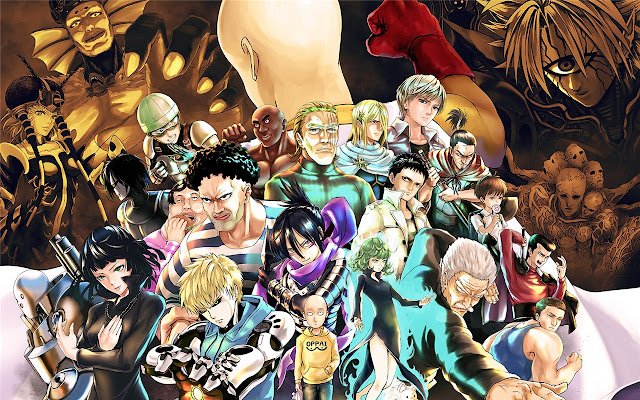 The anime industry is growing at a faster rate. And with that, the number of people watching anime is increasing daily. Nowadays, a regular show is also getting an animated version because it is trending. Hopefully, this won’t force every viewer to switch to anime merely to follow a trend.

The One Punch Man is a Superhero action-comedy anime series. Initially, ONE wrote the Japanese manga series as a webcomic in 2009. Later in June 2012, its remake got published on Shueisha’s Tonari no Young Jump website. To date, 26 volumes of One Punch Man got published.

The One Punch Man anime show hooks the attention of its viewers from the beginning. The animation is brilliant, and the storyline got well thought out. This hard work has resulted in an ever-expanding fanbase and a good rating of 8.7.

The anime series One Punch Man is an adaptation of a Japanese manga series written by ONE and illustrated by Yusuke Murata. Over the years, the anime series has received much-deserved love from its audience. And it will continue to gain popularity, thanks to the quality content.

On 5 October 2015, the first-ever episode of the One Punch Man anime series got released on TV Tokyo. It consisted of 12 episodes. Shingo Natsume-directed anime captivates its viewers from the first episode of the first season. Chinatsu Matsui, Nobuyuki Hosoya, Keita Kodama, and Ayuri Taguchi together produced the first season of the anime.

On 3 April 2019, the second episode of the One Punch Man anime series got released on TV Tokyo. It consisted of a total of 12 episodes like Season 1. Chikara Sakurai-directed anime takes the story of One Punch Man Season 1 ahead. Chinatsu Matsui, Nobuyuki Hosoya, and Sōta Satō were the producers behind the second season of One Punch Man.

The fans await for One Punch Man Season 3. We have a piece of good news for the One Punch Man audience; the third season of One Punch Man is under production. Soon, the audience will get their favorite show back with a brand-new season.

Saitama is at the center of this anime series. He is a Superhero; his punch is his superpower. The superhero Saitama likes fighting but fails to find a worthy opponent. As he could not find anyone challenging, his life bores him.

Monsters and villains have invaded the Earth. To tackle this situation, the millionaire Agoni forms the Hero Association that fights against the evil forces of these invading creatures. But Saitama does not join the Hero Association. Instead, he performs heroic acts as his hobby. He is a self-trained Superhero.

Saitama is a mentor to Genos. Genos is a cyborg. Now, you must be thinking: how did Saitama become a cyborg’s mentor? Well, he is one of the tragic protagonists or a victim. Saitama saved Genos from a monster, and Genos became his student. Now, you must think again: why did Genos become Saitama’s student? Another cyborg killed Genos’ family and also destroyed Genos’ hometown. Now, Genos wants to take his revenge on that cyborg. And for that, Genos wants Saitama to train him to fight.

Later, Saitama and Genos join the Hero Association. But due to scoring low on the written exam, they get lower ranks and remain unnoticeable to the public.

In the two seasons, many villains invade the Earth. Saitama fights them and saves the world. This storyline is the basic plot of the One Punch Man anime series. With light-hearted comedy and quality animation, the anime is worth watching.

MUST READ| Akame Ga Kill Manga Vs Anime: Who Wins?

Kaito Ishikawa gives voice to the character of Genos. Genos is a cyborg and Saitama’s student. He wants to train to fight and take revenge against the one who killed his family and destroyed his hometown.

Shota Yamamoto is the voice behind the character of Bearded Worker. The Bearded Worker is one of the staff members of the Hero Association and one of the few people who knows Saitama’s superpower of punch.

Nobuo Tobita is the voice behind the character of Sitch. Sitch is in the position of the Minister Officer of Justice at the Hero Association. He is the most intellectual and the only one to recognize Garou as a threat.

Sawashiro Yuuichi gives voice to the character of Mumen Rider. Mumen Rider or Satoru is a C-Class Rank 1 Superhero registered at the Hero Association. He is one of the few people who knows the superpower of Saitama.

Yoshiaki Hasegawa is the voice behind the character of Eyelashes. The Superhero Eyelashes is one of the Superheroes at the Hero Association and got a B-Class Rank 2.

MUST READ| Is Naruto Dead: Every Detail Explained!

The anime series One Punch Man is an adaptation of a Japanese manga series written by ONE and illustrated by Yusuke Murata.

Now, the audience of One Punch Man craves another season. And luckily, their demand will get fulfilled. The anime One Punch Man Season 3 is under production and will soon finish. The audience is excited, and so are we.

As the third season of the anime series is under production, the show will take some time to get ready. Meanwhile, the audience can enjoy the first and second seasons of the anime One Punch Man.

The team has made no official announcement regarding the trailer release of the One Punch Man Season 3. Also, the official release date is not declared. So, the audience should stay patient and wait for their favorite anime series.

Where To Watch One Punch Man Season 3?

The first season of the One Punch Man consists of 12 episodes. Each episode runs for approximately 24 minutes. The One Punch Man Season 1 is available for streaming on several OTT platforms. These include Netflix, Hotstar, VOOT, Jio Cinema, Amazon Prime Video, Hulu, and Crunchyroll.