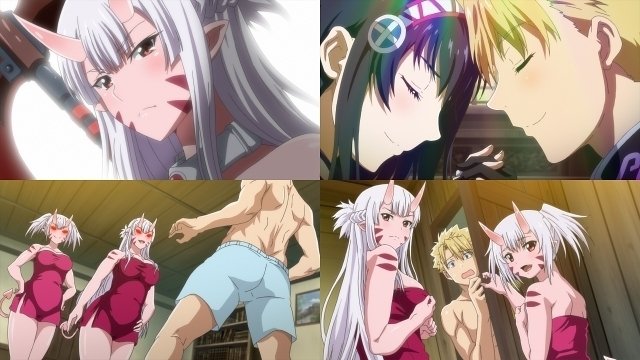 It’s been confirmed that Peter Grill and the philosopher’s time season 2 is in production right now. The second season was announced by wraparound jacket on 11 November 2021 on the cover of Peter Grill to Kenja no Jikan Manga vol 9. It will mark a returning Japanese cast. A new elf girl named Fruitalia Eldriel and a rabbit girl named Mithlim Nezarant will be voiced by Kana Yuuki and Shiori Aizawa, respectively.

In the second season of the anime series, peter will be facing a crazy female goblin. But he is more scared of family issues with the strongest little sister in the world (named Lucy Grill). Peter Grill and the philosopher’s time season 2 is being produced in collaboration with studio seven and returning studio Wolfsbane. Studio Wolfsbane produces the first season of this anime, the Peter Grill is their very first full production. They are also known for animation assistance on the 2018 series of the anime shorts called Crossing Time. Since the focus of the Peter Grill anime is its ecchi scenes, it shouldn’t be surprising that its director Tatsumi, who is also chief animation head for Peter Grill season 2, has a background in erotic animations. Even though the character designer of season 1 Rui Ishike has also directed similar works but unfortunately, he is being replaced by Koh Kawarajima for the second season.

Peter Grill and the philosopher’s time season 2 is most likely to be released by the end of 2022 if nothing goes south.

No one knows what lead this goblin disaster to happen or even how to stop it, not even the goblins themselves. Since there is no solution known for it, humans simply start slaughtering every goblin they find until the disaster ends.

Kenji-San, a self-proclaimed goblin expert, claims to know about goblin disaster and ways to prevent female goblins from rampaging but he is injured before he gets a chance to pass on the secret.

An all-female elite troop is formed to take female goblins head-on. Its leader is Luvelia, but she meets her match while fighting the female goblin, the hellish three-star. Luvelia gets captured and gets dragged away. Peter runs to rescue her but the Hobgoblins realize that Luvelia is his weakness. Peter throws down his sword because doesn’t want to put Luvelia’s safety at risk and is taken to the goblin queen.

Since the Hobgoblins are cute, Peter was expecting that the goblin queen might be similar to how the piglet defined his expectation of Orcish royalty. Unfortunately for him, the queen is a total monster. And the journey continues…

Comparison Between Anime and Manga

It is one of the most successful manga adaptations, the anime series adapted the manga content easily and the story build-up was perfect. There are some rearrangements in anime compared to the manga and the anime universe explanation is reduced because of lack of time. Anime has more ecchi content compared to the manga, it focuses on erotic scenes more than comedy scenes. The first season contained 12 episodes which were based on the 15 chapters of the manga so there were no contents left for season 2 but now the author has published 5 additional volumes and this series has 8 books in total. So, there isn’t an issue with content for the second season.

Where To Watch Peter Grill And The Philosopher’s Time season 2?

It will be streamed on Crunchyroll, JustWatch, and HIDIVE. Its season 1 can also be watched there.

Currently, there is no trailer for the second season as the production has recently begun.