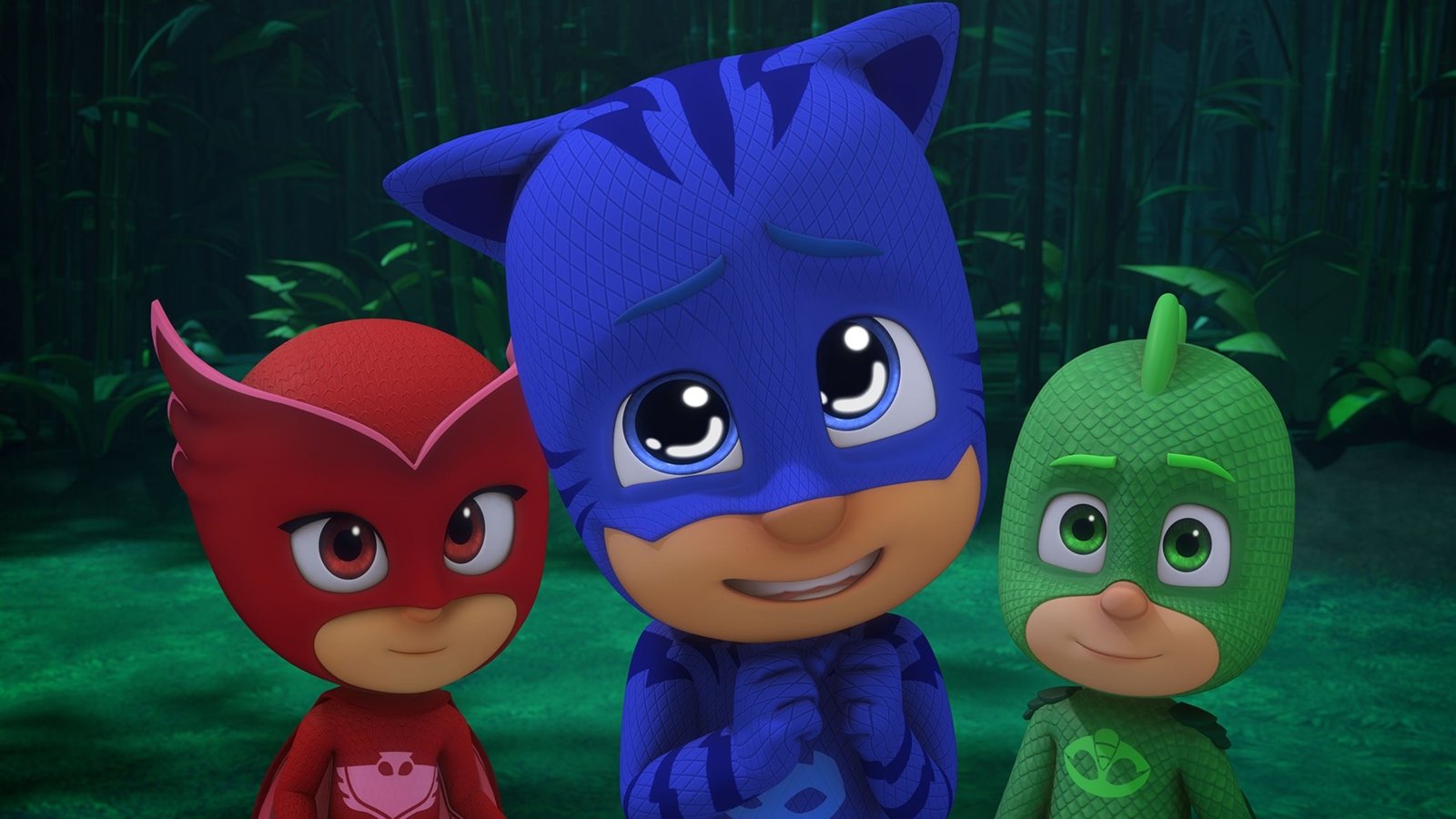 PJ Masks Season 5 is an animated children’s tv series based on the book Les Pyjamasques by Romuald Racioppo. While Disney Junior broadcasts it worldwide France 5 entertains only broadcasts it in France. Season one of the series aired in 2015 and ever since the series has been going well. While the season aired in August 2021 the series is already renewed for a season 6 to be aired in 2023.

The series is about three children Amaya, Greg, and Connor who turn into superheroes to fight evil at dusk. Amaya turns into an Owlett which is an owl, Greg becomes Gekko which is a lizard and Connor turns into a Catboy which is a cat. Together they form the superhero evil-fighting team PJ Masks. Some of the famous villains they have fought are Romeo, Luna Girl, Night Ninja, The wolfy kids, etc.

Finally, the wait for our preschoolers has ended and the series has returned with its brand-new season packed with adventures and amazing gadgets. The series can be streamed through Amazon Prime in America. The superheroes too do not fail to amaze us with their more refined skills and powers. The first episode called Ninja Power up shows that our superheroes defeat the Night ninja who was trying to steal their powers from the PJ crystal.

The heroes transfer their powers to their pets and thus defeat the night ninja. Following this, they get more powers and a cool look for their headquarter. As the series always tries to impart moral lessons through its episodes, the strength of a strong friendship was imparted through this one. Later on, we see that Luna Girl and Motsuki get into a fight leading Motsuli to send Luna to the city alone and stranded. To get back to the moon Luna girl tricks the PJs into thinking that it is Motsuki and the moon that are dangerous.

Fallen for her trick the PJs take Luna to the moon. As soon as she reaches there, she traps the heroes and Motski in a cage and steals Motsuki’s power so she can teleport them but unfortunately, things do not go as she plans and first Luna and Motsuki and then the PJs get transported to different asteroids leaving two PJs with Motsuki on one and one with Luna on another asteroid.

Things sort out after a lot of struggle and PJs finally convince Luna to give Motsuki his powers back after which all are taken back to the moon but Luna still is at odds with Motsuki and ends up in the city again. This in a way tells the heroes that Luna is going to cause more trouble now. The season will also show how Romeo tries to trick the PJs by creating a hologram of Owly making them chase it all around while he has captured the real owl and plans with a robot to get other pets too. He is doing this to drain the powers of these pets and add them to his own Sky Factory.

MUST-READ|| 5 Shows Like Love Death And Robots You Should Watch!

This series welcomes some new characters or Spirit animals called. Some of them are the speed twins named Karly and Karkola, otricia who has got freakish power on plants and can grow any kind anywhere, and Pirate robot who has earned the name because he wears an eye patch with limbs that can take shape as utensils to mention a few. With new superpowers looks like our heroes will have their hands full this season fighting villains with never-before-seen powers and skills. How will they face and take care of their dear town will be fun to watch?

The new gadgets and vehicles

Not only will be entertained by new characters both good and bad but also with an amazing vehicle called Spanner of the skies pirate ship and a machine that destroys vehicles called Gigantogarage.

To keep the kids who watch the show more connected and engaged the producer launched a series of action figurines. Toys such as figurines, vehicles, dress-up items, and playsets are launched by Hasbro. The technology by HERO HD recognizes the figurines as villains or heroes and makes different sounds for each.