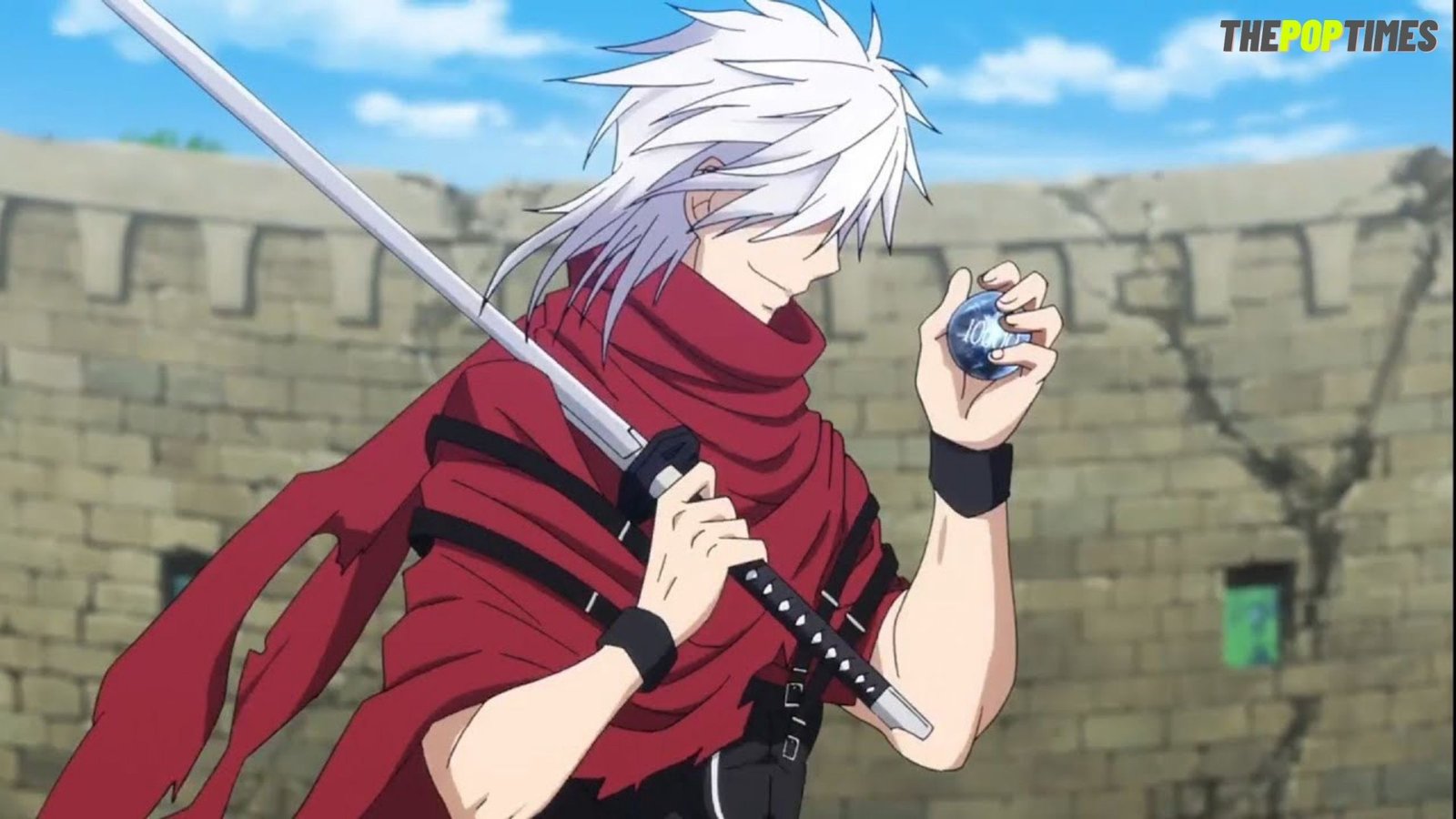 Talking about another fascinating anime series Plunderer Season 2 is really one of the best series out there showing a pseudo-reality of the post-apocalyptic world, where the normal human life depends upon the countdown on their body, and when it reaches zero, the person is dragged into a cosmic creation which mimics today’s theory of black hole.

Moreover, the animations, characters, and background music are really amazing just like its story. But still, this series was only able to gather the love of their viewers in form of the ratings of about 6.5/10, which shows that a significant part of the audience was dissatisfied with the series. As far as I can guess, a bit more elaborated and stronger characters could opt for this series as the present-day story is not really able to match the fascinations of the people of the post-apocalyptic events.

I would personally suggest that this series must be seen by kids and teens as this may not be really satisfactory feast for their adult counterparts. The series also does have a lot of action scenes which can be really interesting for those teens who crave it. Here are all the details we know about Plunderer Season 2 Release Date.

This anime series was aired from January 8, 2020, to June 24, 2020, by the studio Geek Toys on the networks Tokyo MX, KBS, TVA, SUN BS11, AT-X. It has a total of 24 episodes. From starting of the year 2021, it was expected that the announcement of its season 2 will be made in mid of a year, but still no news about it yet. This anime series received a lot of viewers from teenage groups who are really excited about the release it’s season 2, and this makes a stronger probability of the release of its second season by its production house. Still, the 2021 year is there, and so are the hopes of the viewers and well-wishers of the series.

The story starts from the introduction of the post-apocalyptic world with a crucial role of numbers for everyone’s life, as the life spans of all the human beings are counted by ‘special count’s printed somewhere on their bodies defining some important facts about their lives. As the countdown reaches zero, the person is dragged into a black hole-like cosmic creation known as “abyss” which defines that the person is gone forever or dead.

Hina, the lead of the story, has also count imprinted on her body which shows how many hundreds of kilometers are traveled by her. After her mother was dragged down to the abyss, she was in search of a legendary ace for fulfilling her mother’s last wish which was due in about 5 years. The tiring travel of Hina takes a turning point when she meets Licht bash who was a strange masked knight, and he had a negative countdown. Here We will Discuss the Series Plunderer Season 2.

Licht bach voiced by Yoshiko Nakajima is shown as a pervert guy who was later revealed as a legendary fabled ace who was a powerful hero, had a lifespan of 300 years, and had a significant role in ending the waste war. He was a colonel and had feelings for Hina. He had two counts on his ballot, one count was -1001, which showed the no. of rejections he received from girls and the second count of his ballot was 5700 (57,000 in other personalities) showing the no. of enemies killed by him and had an ace ability of light-speed movement.

Hina Farrow voiced by Rina honnizumi is the adopted niece of Licht’s and was the daughter of tokikaze Sakai and tunica Farrow. She had the original ballot entrusted to her by her mother and had feelings for Licht despite he had killed his father tokikaze. Her count was 760, which was based on how many hundreds of kilometers she has walked.

Lynn may be voiced by Ari Ozawa is a sergeant major serving in a small town. He met Licht and confrontation happened with him on being a legendary ace and also gradually developed feelings for licht. She was talented in martial arts and quite a time get insulted by Jail for failing to follow orders. Later injured by sonahara, her count is based on the no. of people who received help from her.

Pele poporo voiced by Aou Ichikawa is a sergeant under Lynn who also had feelings for her. He is also a secret SSU operative. His count is 120, and the basis of it is not yet revealed.

Jail Murdoch voiced by yuichiro Uehara is a first lieutenant in the alcian royal military having a serious mind and is ready to have a fight with licht in any situation and has a count of 12,500 (which he shows as 900 to avoid praising ). His ballot count is 45,000 based on no. of convictions by him.

Nana Bassler voiced by Shizuka Ito shows herself as Licht’s Guardian at first but actually is younger than him and holds feelings for him. Her count is 77, based on no. of times she gets complimented and has an ace ability of time traveling. Mizuka Sonohara voiced by Aou Yuki treats licht as a senior and is a carefree and scared personality. Her ace count is 16,000 (32,000 in other personality) and has ace ability nto control bullets.

Alexandrov grigorovich voiced by Hiroko tochi is currently the supreme commander of the alcian royal military and also an ace and his count is 2,80,000 and its basis is not yet revealed. He has ace ability to control fire and the creation of explosions. Schmerman Bach voiced by Toshihiko Seki is commander of the special service unit (SSU) and holds five of the aces under his command. Firenda voiced by kotono mitsuishi is a scientist and a lieutenant under schmerman from 300 years ago.