From catchy music, aesthetic sense of fashion, remarkable catchphrases. The Sailor Moon franchise is a fan-favorite for decades. The series is a fantasy trip filled with romance, action, and drama. We get to see the life of Usagi Tsukino, the protagonist of the show who used to be a 14-year-old average Japanese schoolgirl at the beginning of the show. Certain circumstances made her realize that she is a legendary Sailor Guardian, Sailor Moon and she got magical powers and her duty is to eradicate dark evil forces from the world.

The adventure of Usagi as Sailor Moon with her friends and companions is filled with tons of character development, heart-throbbing moments, heart-melting romance, and influential characters. We get to see Usagi from being a messy crybaby to a mature composed person as she navigates her way towards greatness fighting evil while supporting and helping others around her.

The first season Pretty Guardian Sailor Moon Crystal first released on 5th July 2014. The second one was on 7th February and the third one on 4th April 2016 followed by two movies that were released in January and February of the year 2021 which has covered the next segment of the story. For now, there is no certainty regarding when the next installment of the series will release.

The story begins with Usagi rescuing Luna, a black cat only to know that she has a duty to fulfill. She found out that she is Sailor Guardian called Sailor Moon and that her duty is to find Moon Princess and the legendary silver crystal. She also came to know that she isn’t the only one who set out with the same motive. A sinister force called the Dark Kingdom is also hell-bent on finding the crystal. She soon realized that she needs to put much more effort into finding the crystal and the princess before the Dark Kingdom.

Usagi even bumps into Mamoru Chiba also known as Tuxedo Mask who happens to be her love interest in the series. As the story proceeds, we get to see Usagi and Tuxedo Mask growing closer but soon after Tuxedo mask got fatally wounded which lead to the breaking of the mighty Silver Crystal revealing that Sailor Moon is actually Moon Princess is known as Princess Serenity and Mamoru being Prince Endymion, the love interest of Princess Serenity.

Tuxedo mask gets kidnapped and brainwashed by the Dark Kingdom but he got rescued by Sailor Moon as she destroys the leader of Dark Kingdom with the help of the Silver Crystal bringing temporary peace. Soon a mysterious little girl claiming to have the name Usagi falls from the sky later named Chibiusa only to demand the Silver Crystal. It is soon revealed that a shady group called The Black Moon Clan is in pursuit of Chibiusa and she is from the future and that only Tuxedo Mask and Sailor Moon can save her.

After the abduction of Sailor Mercury, Mars, and Jupiter Chibiusa uses the Space-Time Key where they meet up with Sailor Pluto, the Guardian of Underworld and keeper of space and time who happens to be a friend of Chibiusa. Sailor Moon gets kidnapped by Prince Demande of The Black Moon Clan. Prince Endymion, the future self of Tuxedo Mask reveals the truth of Nemesis, an extinct planet, and the history of The Black Moon Clan also revealing that Chibiusa is the daughter of Tuxedo Mask and Sailor Moon. Tuxedo Mask and Chibiusa get lost in a time stream. Chibiusa gets brainwashed by Wiseman turning into Black Lady.

Later on, Wiseman came out as The Death Phantom who merged with Nemesis. Sailor Pluto dies in an attempt to stop Demande from eradicating all existence which resulted in Chibiusa getting freed from the brainwashing and transforming into Sailor Chibi Moon. The Black Moon Clan gets defeated. Then Chibiusa gets proper training to become a Proper Sailor Senshi. After defeating the clan, all of them lived a happy wholesome life for a while only before vile mysterious monsters called Daimons appeared creating chaos. Sailor Moon and her friends met new companions along with enemies and fought against them with unity, courage, and strength.

The trailer is available on YouTube for the available three seasons. No trailers for the next installment yet. 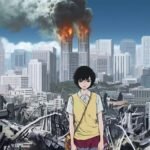 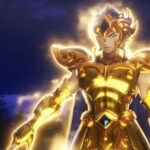