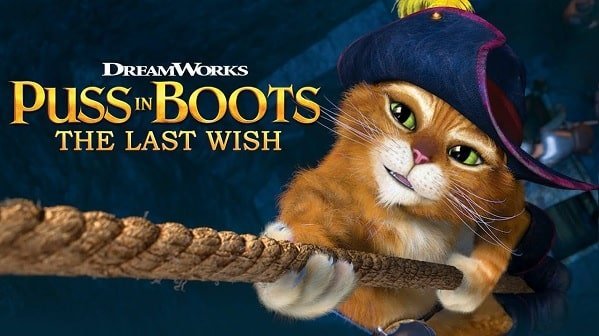 Puss In Boots 2 which is called Push In Boots: The Last Wish is a movie based on Shrek’s most popular character Puss In Boots and he is coming back after his first film in 2011. The sequel is an adventure comedy which is produced by DreamWorks Animation. It is directed by Joel Crawford and the screenplay has been done by Paul Fisher.

Want to know more? Then start reading further because the article not only contains the release date of the film which is important information but also other details on the film which you wouldn’t want to miss. So without much further ado let’s dive deep into the article.

All those who have been waiting eagerly to know the final release date of the film, get ready. The film Puss In Boot 2 which is called Puss In boots: The Last Wish will be released in the Christmas month. You read that right. Puss is coming in his boots this Christmas on December 21, 2022, with all his adventures and fun. This means that the holiday season will be adventurous and will be filled with laughter because if there is Puss In Boots there is fun right? So, get prepared and mark the dates on your calendar so that you do not miss the release.

READ MORE: Rise Of The Teenage Mutant Ninja Turtles Movie Release Date: Are You Excited For The Movie?

According to the description of Universal Pictures Puss in Boots: The Last Wish or Puss in Boots 2 is all about his discovery. His love and passion for adventures have proved to be risky for him as he has lost eight of his lives out of his nine lives. He will in this film “will set out on an epic journey” so that he can find out the “Last Wish” which is mythical and restore his nine Lives. Puss In Boots 2 is all about living the last life in the best possible way.

And that is why when Puss is reminded by Kitty Softpaws to make this last wish count he does exactly that. He is setting himself off on another journey that stands out since it is his last life. He is on the journey to live his last life aptly and also comes across the character from a fairy tale that we all have grown up with that is Goldilocks. What will happen between them is unknown and for that, we have to watch the movie to witness it first-hand.

This journey is not just for his passion but also a search for that one mythical thing that can help him to get back his lost lifelines. So, whether he will get his life back or not and how he will fight all the odds that come in between is the reason for all of us to see the movie. Well, after all, we do not know what this last wish entails. But one this is pretty sure that it will be a fun journey which will make our jaws pain out of laughter.

The cast of the films will have both new and old actors which means we will get to see some comebacks of former characters and what can be better than that. The new cast includes Florence Pugh who will lend her voice for Goldilocks, another new character called Perro will have the voice of Harvey Guillen, and Anthony Mendez whose role has not been revealed yet. Other cast members include Antonio Banderas as Puss In Boots, Salma Hayek as Kitty Softpaws, Olivia Coleman as Mama Bear, Samson Kayo as Baby Bear, Wagner Moura as Big Bad Wolf, John Mulaney as Jack Horner, Da’Vine Joy Randolph as Mama Luna, and Ray Winston as Papa Bear.

Puss In Boots: The Last Wish trailer was released on March 15, 2022, by Universal Pictures on their official YouTube channel. The trailer shows the Puss in Boots in his swag and style where he is trying to save the small town of San Ricardo from enemies but then he is hit by a giant bell while he was trying to play a number for all the habitants. When he wakes up, he recalls all the things he has done that led to the loss of his lifelines. He finds out that he has just one life left. What will be his wish? To know the answer to that you all have to watch the movie till then you can watch the trailer and get a sneak peek of all his adventures and find out his enemies.

Where To Watch Puss In Boots 2 Online?

If you are fond of Puss in Boots then you would not want to miss this film for sure. So, in order to experience the adventure, make sure to note down that Puss In Boots: The Last Wish will be released in theatres or you can watch it on Netflix too. There has been no announcement made officially that whether or not it will be released on OTT or not and when will it be released and on what OTT platforms. So, do not miss the chance to watch how Puss lives his last wish because I am pretty sure you wouldn’t want any spoilers.