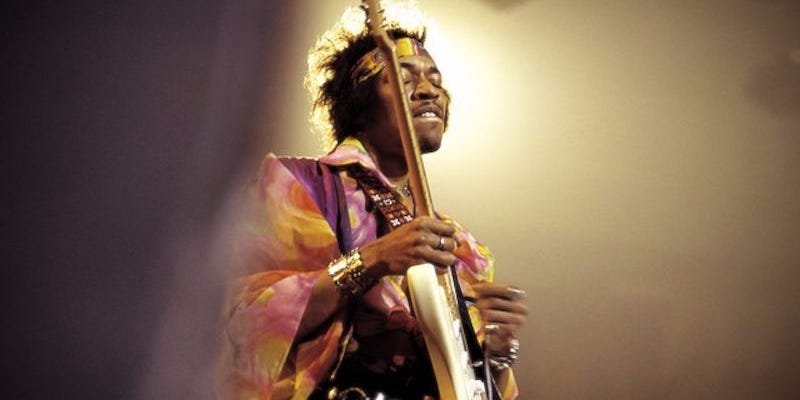 Where is the beat, give me a beat now? I have the lyrics and bgm is also ready. I am just waiting for your beat. Kidding! Tell, me honestly, how many of you are into the rap genre? And most importantly how many of you love streaming movies on pop culture? Or into pop or rap? Love listening to the kinds of music? And enjoy watching the films? I can hear a soft yes.

Well, if you are into it, then certainly the list of movies that I am going to share will make you fall hard for those. And for those who are not into the rap genre in general for them also these movies are really worth your time.

So, today I am going to give you a list of movies based on the rap genre.

Follow the articles for the names of the movies, the stories, and more.

Written, directed, and produced by Radha Blank the movie made its debut in January 2020. The US comedy-drama produced by Netflix runs for 129 mins. Rated 7.2 by IMDb the movie stars; Radha Blank as Radha, Oswin Benjamin as D, Peter Kim as Archie, and Imani Lewis as Elaine. Edited by Robert Grigsby Wilson, the drama is available on Netflix for your stream.

Radha, a woman in her forties, is down on her luck. She feels that the only means by which she can salvage her voice and show the true artist she is only by becoming a rapper at her age.

This is quite an amazing movie that has music, a slice of life, and is an autobiographical movie although semi-autobiographical. But still, it will win your heart with its splendid story based on real life.

Moving on to the next.

The 2019 film earned a rating of 6.3 from IMDb and a 2 out of 5 from The Common Sense Media. This Netflix movie is a documentary which is produced by Kylie Jenner and Travis Scott. The US drama made its debut in 2019 and runs for 84 mins.

The movie or to be precise the documentary features the life of Travis as he struggles for fame and achieved that by 2014. It highlights his rising fame as he created and produced Astroworld, his third studio album.

The music documentary is indeed a good watch for all music lovers. The show stars; Travis Scott, Kylie Jenner, Chase B, Stormi Webster, and others.

Do watch the show!

Starring; Kyle Harvey as Owen Ellison, Harrison Holzer as Jeff Levine, Jamie Choi as Jessica, and Shelley Hennig as Alicia Levine, the movie made its way to theatres in August 2018.

Kyle’s life takes a wrong turn when his dreams to become a successful rapper shatter, as he goes viral for all wrong reasons. He is deeply devastated as he feels his life as a rapper is over. Things tend to get better for him and he finds a new chance again waiting for him as he and his best friend go to waste themselves in an after-party held in NYC.

Will a wild night hold something better for him, watch the amazing show now?

Rated 5.8 by IMDb and an audience upvote of 4.8/5, the comedy music movie deserves a watch.

In the late ’80s and early ’90s, meet our female lead who was a fierce girl and an MC in NYC’s Queens. Lolita aka Roxanne Shanté at the age of 14 was on her way to finally becoming a legend in the hip hop world. She struggles her way as she tries to provide for her family and on the other hand fight for the survival of her fittest in the dangerous streets of the project of NYC named the Queensbridge Projects.

Running for 100 mins the US movie features; Chanté Adams as Roxanne Shante, Nia Long as Peggy, Mahershala Ali as Cross, Elvis Nolasco as Ray, and Kevin Phillips as Marley Marl.

The movie has three parts, premiering from 2012 and 2017. All of them have made quite a success in the platforms concerned. This is quite a binge-watcher too and is loved by the viewers. Rated 7.1 by IMDb and 81% from Rotten Tomatoes make sure to watch all three parts.

The runtime of each is 1hr and 52 mins. The comedy music movie will charm you and also make you laugh till you roll.

The movie features; Anna Kendrick as Beca Mitchell, Anna Camp as Aubrey Posen, Rebel Wilson as Patricia, Brittany Snow as Chloe Beale, and others. The movie had 7 wins and also, went for nominations.

Beca is a freshman in her university. She joins the singing club and together along with other girl members of the club they challenge the boys in a competition. Who will win and who will have the last laugh?

Enjoy watching all the three musical comedy parts of the movie.

The movie revolves around footage and an interview, this being more of a documentary, features and highlights the life of The Notorious B.I.G. Mainly Wallace’s life and the journey are highlighted, from being a nobody to a rapper known throughout the world.

The 2019 movie available on Netflix is rated 6.4 by IMDb and 89% by Rotten Tomatoes. The drama is full of music and beats, as the name suggests.

Starring; Khalil Everage as August Monroe, Ashley Jackson as Niyah, and Evan J. Simpson as Lazarus; the movie runs for 1 hr and 49 mins. The American drama is directed by one and only Chris Robinson.

A struggling producer and a reckless music prodigy who is in his teens form an unlikely bond. They join hands or to be more precise their mutual love for hip hop brings them together as they struggle to break off from their dark and gory past.

Starring actors who appeared in this drama are; Jason Mizell, Rahman Dukes, DJ Hurricane, Darryl McDaniels, and many others.

This is again a documentary film that brings into the limelight the murder of Run DMC’s Jam Master Jay. He was shot in Jamaica in the year 2020 while he was on air in the recording studio.

9. Emicida: AmarElo – It’s All for Yesterday

This is yet another documentary film that premiered in 2020. Netflix produced this one but they shared a partnership with Phantom Laboratory. Rated 8.5 by IMDb and 64% Audience vote the film runs for 1 hr and 29 mins. Directed by Fred Ouro Preto, this is a Portuguese film. The documentary music film won the hearts of many.

The movie stars; Yootha Wong-Loi-Sing as Jessica, Jonas Smulders as Richie, Hadewych Minis as Els, Matteo van der Grijn and Sinem Kavus as Anna. The show is rated 5.5 by IMDb and 42% by the audience. Running for 1 hr and 29 mins the show made its debut in 2021.

This is a Dutch film, being filmed in the Netherlands. Richie’s watch gets stolen and he has to go through a lot of humiliations, as his robbery and the images following the same goes viral. Now in order to protect his image he has to save his job and career as a rapper.

Meet Coco, a struggling rapper who is hell bound to impress her teacher. She is very confident about her lyrics and skills and wants to show them to her. But instead of being impressed, Professor Dixon challenges her to find proper meaning in her words.

The film features; Azealia Banks as Coco Ford, Jill Scott as Professor Dixon, Lucien Laviscount as Derek, and others.

Starring actors in this show are; Roosevelt Grier, Gene Simmons, and Questlove. Again, a documentary, the music film released in 2012. Rated 6.5 by IMDb and 93% by Rotten Tomatoes, you can watch this one and this will definitely spike your interest. The movie runs for 1 hr and 25 mins.

The show mainly focuses on the Bongo Band. And how it played a major role in the birth of hip hop culture and music. Mainly how a forgotten recording is the real reason behind the foundation of hip hop.

I Got The Hook Up is a bit old. But we all are aware of the old saying, that old is always gold. Right? The movie came out in 1998. With a rating of 4.1 from IMDb and 17% from Rotten Tomatoes, I am quite optimistic you will enjoy both the comedy and the music in it. The featuring actors are; Master P as Black, Anthony Boswell as Little Brother, A. J. Johnson as Blue and Frantz Turner as Dalton.

Two broke friends see heaven when they discover a truck full of mobile phones getting accidentally delivered. They start selling for money, to anyone who is interested in getting a phone from them. Soon they are bathing in piles of cash.

But things don’t seem as sweet as they predicted. The bought phones don’t work and the customers barge in including some goons. What will happen when the FBI knocks on their door?

The movie highlights a teen ballerina who discovers the world of hip hop. Now the question is will she follow her parent’s footsteps or rather go with the intent passion she has.

The last on today’s list is the movie, West Coast which made its debut in 2016 with a run time being of 1 hr and 20 mins.

It follows the story of four French teens. Belonging from a small town they style themselves as Rappers from America to avenge their classmate. The movie follows their adventure and is full of music and fun.

With this, I complete the list of rap movies or hip-hop movies that will surely fill your heart with music, adventures, love, fun, and laughter. Do watch the movies streaming on Netflix.

You will find the attached clips on the platform only. If you still want to watch the trailers or teasers of the following films you can log into YouTube anytime and search for them.

With this, I will take your leave!

DO READ | 12 Startup Movies On Netflix That You Must Watch