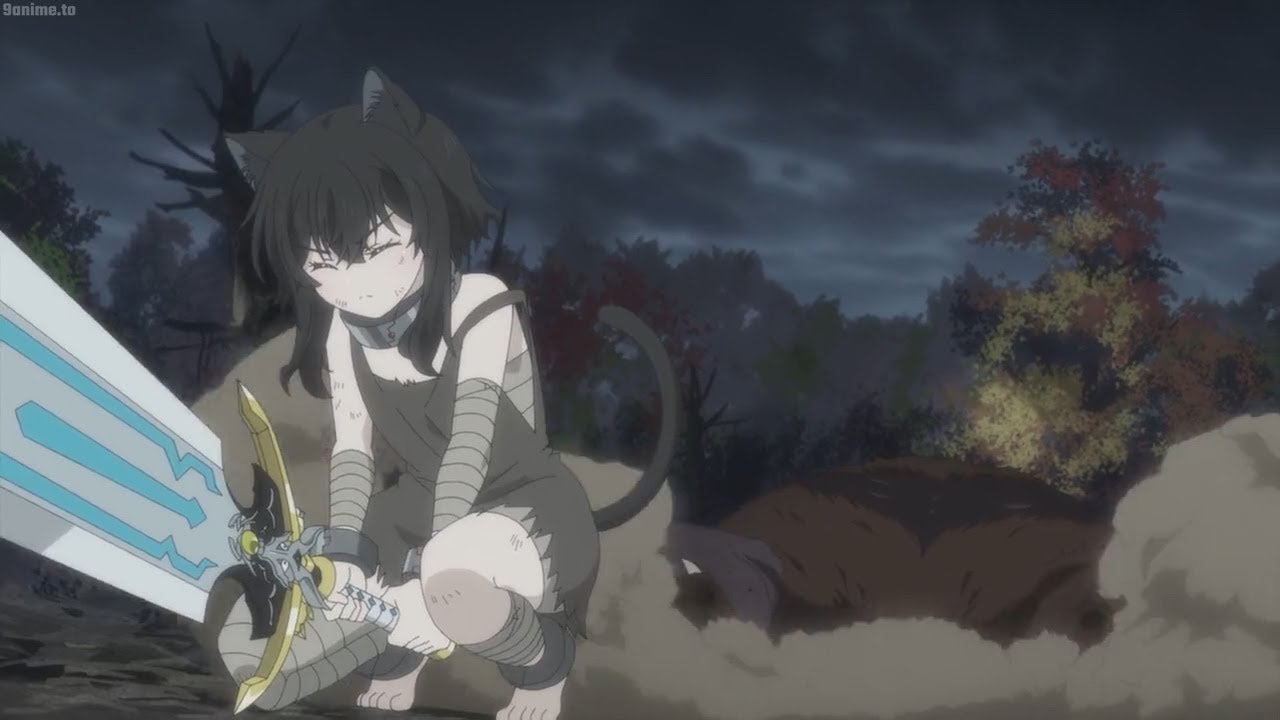 Ever wondered what happens when we die? Perhaps we go to a beautiful garden of angels. Perhaps we simply float around. Or maybe we are led through large black gates for our impending dooms?

Although we can’t tell you what’ll happen when we’ll die, for the protagonist of our story, death does not mean an end to his time on earth. Reincarnation is in store for our 30-year-old. One minute he is dead and another, he finds himself in the body of a long sword. A sword! That idea does seem bizarre in the beginning, doesn’t it?

But as you’ll begin watching it, the story of Shishou (the sword) and Fran is as unusual as you might expect it to be but it slowly draws you in and grows on you. And we’ll talk about this delightful new anime in detail; in this article. So, fasten up your seatbelts, people, because we are going on an adventure!

When you get your hands across an anime that features a sword as one of the main protagonists, you are bound to get curious. The same was the case with fans all around the world the moment ‘Reincarnated as a Sword’ was released on 5 October 2022.

Unable to contain our excitement and believe our luck, we went all in with our love for this delightful anime and gorged down on every single episode. But our appetite hadn’t wavered at all. We wanted more. But, alas, we were disappointed in that score.

It hasn’t been long since the first season of the anime was released. So it’s obvious that we’ll have to wait a while to see Fran and Sishou in action again. Still, we can expect it to drop anytime around mid-2023.

MUST-READ| If It’s For My Daughter Season 2 Release Date: Is The Show Announced?

Reincarnated as a Sword Season 2 Story

It must have been fate at work that day when Fran was running away from her captors. Desperately trying to save her own life, when she came across a long-sword lying in the forest.

Imagine her surprise when she heard it calling out to her, urging her to fight. It was at that moment that she picked it up and defended herself. From that point onward, our cat-girl and the sword became inseparable. To wield the sword to its full potential, Fran needed to train and become worthy of it. It was the start of a new adventure for both of them.

The adorable Fran was determined to end the terror of her tribe from the very people she was running to avoid and the sword came at just the right time. Shishou, also referred to as Master/Teacher, yearned for a beautiful girl to wield him and their mutual desires came true when they found each other.

But the task Fran had set herself wasn’t going to be easy, after all, She needed rigorous training in the arts of fighting before she was to have any chance at playing the hero for her people.

As the story progressed and Fran and Shishou went on numerous adventures together, fighting off hoards of goblins and defending people, the bond between the sword and the wielder grew to a point that if his adorable Fran got so much as a little cut in a fight, the retribution from him was fierce!

So the dynamics between the characters and the story’s progression, both equally well done, bowled over scores of fans, who are now dying for an update on the second season’s plot.

And while there isn’t much to talk about where that is concerned yet, we can still expect Fran and Shishou to go on many adventures together as the plot thickens. We might even get a face-off between Fran and her captors again! Who knows? And half the fun is in expecting, isn’t it?

Reincarnated as a Sword Season 2 Characters

The first season of the anime gave us Fran, the adorable cat-girl, and Shishou, the sword. Not much is yet known about who he was in his previous life, prior to reincarnating as a sword but we are excited to find out!

Then we have the healer, Alistaire, who is a sword enthusiast. And a good thing too since Shishou often needs to be repaired, thanks to their over-the-top adventures.

These were the main characters in the anime so it’s safe to assume that we will see them again in the next season as well. There might be new additions as well, depending on where the plot leads us next.

Reincarnated as a Sword Season 2 Trailer

Since the second season hasn’t been announced yet so there is no way to watch a trailer for the same. But f you are new to the anime and would like to check it out from the beginning, the trailer for the first season is available on Youtube.

Where to Watch Reincarnated as a Sword Season 2 Online?

While you wait eagerly for the second season’s release, you can go and re-watch the first season on HiDive and become enchanted by Fran and Shishou yet again!

2 thoughts on “Reincarnated As A Sword Season 2 Release Date: Awaiting the Sword and the Weilder!”