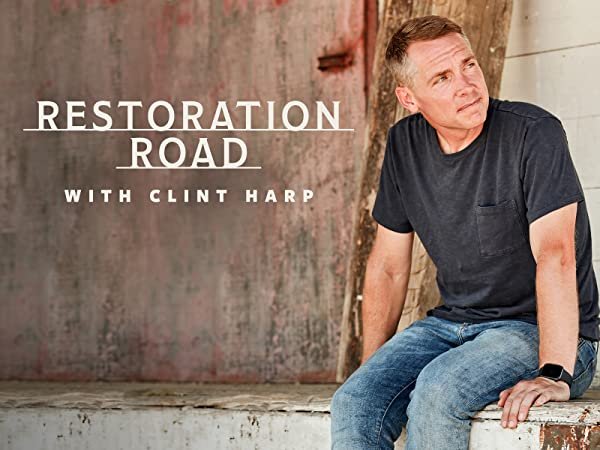 Restoration Road Woodworker Clint Harp is a reality show on Magnolia Network where the host or the lead, Woodworker Clint Harp travels around the country in search of some of the oldest and most beautiful structures that still exhibit their glory today. In the show, he examines how these structures were built and what restoration work has undergone by some of the country’s most talented crafts workers.

Through this heartwarming show, Clint brings the old structures to new life. All this happens parallel to Harp narrating the history, importance, and various stories set around the respective structures. What pleases the viewers the most is how the old architecture brings in a very peaceful and nostalgic vibe about the culture and heritage of that area. It is in such a unique way that Clint Harp found out about his Magnolia Network show.

If you still haven’t watched the series yet, you can have a look at its trailer below.

After a warm reception to the two seasons of Restoration Road, the Magnolia Network on 17th May announced the renewal of its 3rd season. This announcement has been a part of a co-venture with Warner Bros. Along with the 3rd season of Restoration Road With Clint Harp the channel has also announced new seasons of The Lost Kitchen and Zoe Bakes for its Discovery+ platform.

These three shows will join Magnolia Network’s 100 originals across both its digital platform via Discovery+ and linear network, with 30 more projects in various stages of development. The third season is not yet renewed by the makers yet.

As the new season comes into force, we believe the 3rd part promises us a new journey set for Clint Harp. While we are not sure as to which parts of the country is Clint going to explore and restore which magnificent architecture, we are definitely sure that the process is going to be breathtaking and heartwarming for the audience.

In season 2 as usual Clint goes around the country’s beautiful architecture, including a corn grist mill in Vermont and an Idaho train depot. Our very own carpenter in season 2 had hit the road, searching some incredible historical structures across the country that are in need of restoration. During this journey, he also explores their origins and their visions of their futures.

In season 1 Clint goes around the country to Ohio, Washington, Missouri, Vermont, etc. A series of almost 11 episodes, this series explores various structures and their restoration process. From saving a century-old train car in northern Idaho and rescuing it into a guesthouse to transforming a timber frame barn from Carlisle into a boathouse on the Brazos River in Texas; the series has witnessed and documented some major transformations. In fact, in one of the episodes, Clint does his magic and transforms an 1870 log cabin in the Ohio River town into a gorgeous bedroom suite in the Southern town of Dublin.

Well, who is Clint Harp? Clint Harp is a carpenter and owns Harp Design Co. Before having his own show, he has been part of several television shows like Fixer Upper and Wood Work. Harp had a very successful career in medical sales but he left the job to pursue his passion for building furniture. Therefore he along with his wife came up with Harp Design Co.

Where to Watch Restoration Road with Clint Harp?

While the first season of Restoration Road is available on various platforms such as Apple TV, Discovery+, and Prime Video, the second season is only available on Prime Video. The third season as stated earlier would be available on Discovery+ along with its original cable network i.e. Magnolia Network.