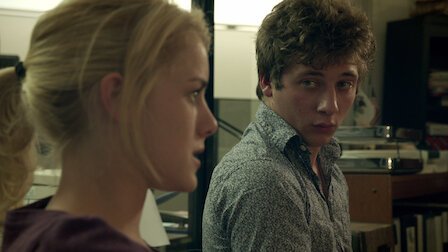 Rich & Shameless is a crime anthology series. Jenny Popplewell directed series deals with the stories of fame, fortune, and the problems that follow this phenomenon.

The series based on true stories consists of seven episodes in the first season of Rich & Shameless. Ever since its release, Rich & Shameless has grabbed the viewers’ attention, and with the upcoming episodes, it makes the audience crave more.

Genevieve Wong produced series is thrilling at its best. Rich & Shameless brings crime story lovers a fiesta. With the new episodes releasing, it is going to get wilder.

On February 19 2022, the first-ever episode of Rich & Shameless Season 1 got released. The first episode successfully thrilled the audience and gained good reviews from them. Since then, the audience expected more & more from this Rich & Shameless crime anthology. And Jenny Popplewell directed series has managed to fulfil their appetite.

Until now, only two episodes of this series got released. The second one got released recently on April 23, 2022. Episode 3 is all set to release on May 8, 2022.

There is no official information regarding the number of seasons this series will have. The show is still ongoing with its season 1.

Rich & Shameless is a crime-based anthology series. Genevieve Wong produced a series that deals with the stories of fame, fortune, and the problems that follow this greedy phenomenon.

Jenny Popplewell directed Rich & Shameless showcases true crime stories. The first-ever episode is about the sex tape made by Pam and Tommy. The next one is the crime story of Joe Francis conning some young girls to take part in something darker.

The upcoming third episode is the story of America’s Most Hated Man, Martin Shkreli. Every episode tells a different crime story.

Brooke Burke features in the second episode of Rich & Shameless: “Girls Gone Wild Exposed”. The star Brooke Burke’s work got Forbes recognition and was listed as one of America’s top ten moms to follow. Brooke Burke won the “Dancing With The Stars” show and later co-hosted eight seasons of the show. The star Brooke Burke hosted and co-produced “Hidden Heroes”, the award-winning Saturday morning educational show for the last two years. Currently, she is starring in the “I Dare You” show, where her fans give her the weirdest challenges.

Joel Stein is an American journalist from New Jersey, USA. He is also a writer and producer. The writer-producer is well-known for Show Your Shelf, The 81st Annual Academy Awards and American Princess. His latest published book is titled: In Defense of Elitism.

Genevieve Wong produced series has managed to fulfil the audience’s appetite with the second episode. This series is a fiesta for crime story lovers. Episode 3 is due to release on May 8, 2022.

As of now, there is no official information or announcement made regarding how many seasons this series will have. There is no news from any trusted sources regarding the renewal for Rich & Shameless Season 2 or 3. This show is currently ongoing its first season.

When season 3 gets renewed, we can expect the trailer to be approximately 3 minutes. As for now, there is no announcement made regarding the date for the trailer release of season 3.

Where To Watch Rich & Shameless Season 3?

Rich & Shameless Season 1 episodes are available for streaming on Roku. You can watch the show on Spectrum Tv on your Roku device; it is also available on justwatch.com for streaming. As and when season 3 releases, we can expect it to be streaming on the same platforms.

MUST READ| The Seven Lives Of Lea Season 2: Announced?