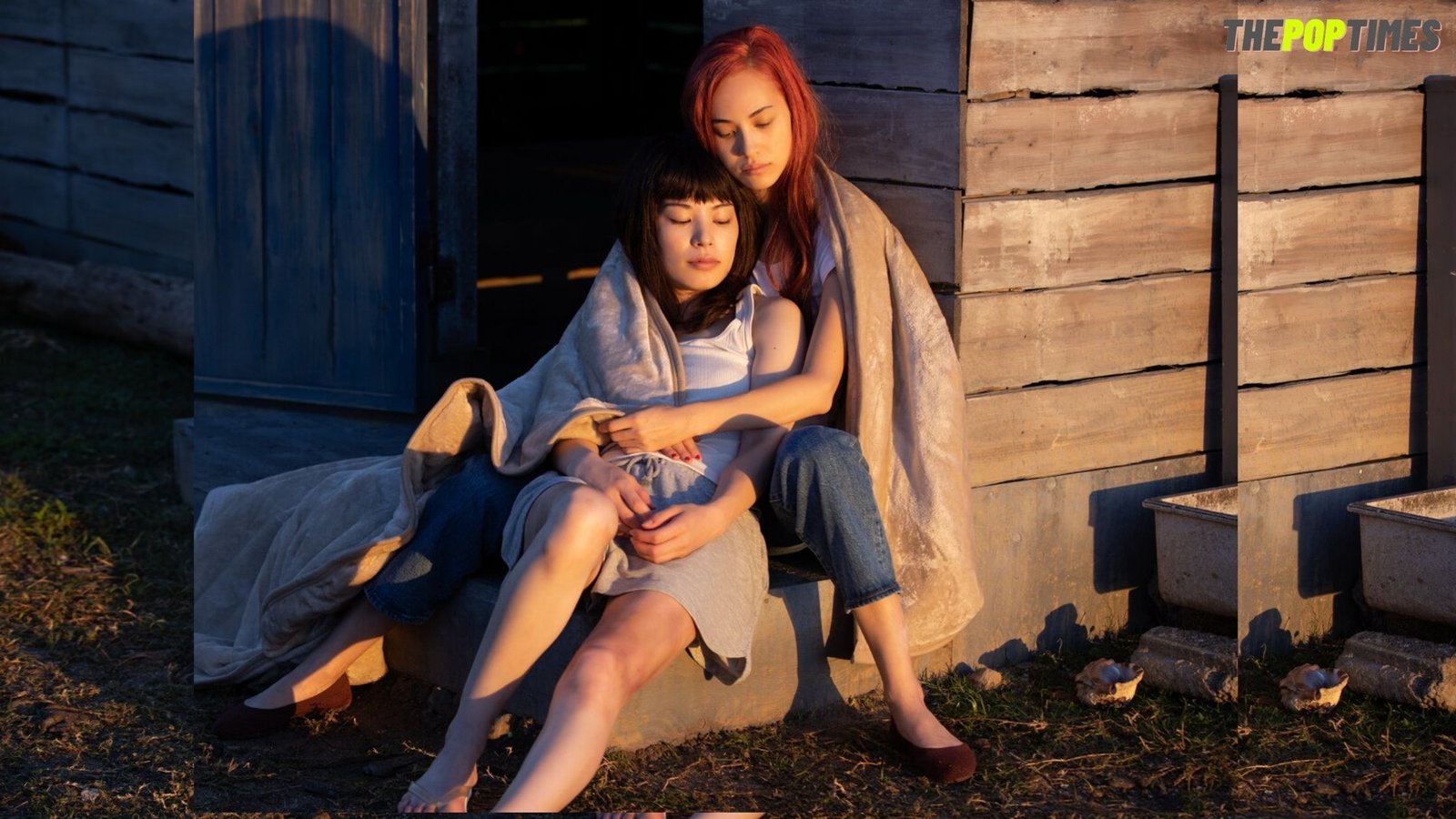 Ride Or Die has just dropped on Netflix. The film is adapted from a manga series, Gunjo which was created by Ching Nakamura. The Japanese film covers the past and present of two women. The movie appears to be nonlinear and the audience might wonder in between the reason for things happening in the film. So, don’t worry, we are here for you. So let’s get straight into Ride Or Die Ending Explained.

Ride or die revolves around two women Rei And Nanae. At starting Rei comes to a bar and offers a businessman a drink, with no hesitation the man asks her to come to his house. Rei agrees and they reach home. Both are seen getting physical with each other but events took a turn when Rei slashes the guy’s neck and he dies on spot.

One question that struck everyone at the beginning was who is that guy and what is happening? The answer to this question is explained further in the story when Rei calls another woman, Nanae, and tells her it’s Over. and further, it is revealed that the guy was Nanae’s husband and they both planned to kill him.

Rei is a surgeon and she gets a call one day from her old high school friend, Nanae. Nanae wants to meet Rei, Rei leaving her girlfriend goes to meet Nanae. It is shown that Rei was in love with Nanae from high school. When they both meet Nanae strips naked in front of her to let her see all the bruises she had, she reveals it was her husband who used to do that to her. Nanae says one of us should die and then asks Rei if she could kill him for her? She agrees to do and that’s what we see in the first scene.

But now the murder she made was messed up, she left her fingerprint there and even it was recorded on camera. So, then they both decide to run far away from all of this. Nothing about their past was shown until now, Rei comes from a very rich family and her family didn’t accept her sexuality as a Lesbian while Nanae comes from a very poor family and she had to trade her body to get the things she wanted.

MUST-READ| The One Ending Explained: Was The Show Worth Watching?

This scene takes them to their past when they both were in high school. Nanae was an athlete while Rei loved painting. Rei had a crush on Nanae, they both were going back from school when Nanae said she wants to buy sports shoes, but instead of purchasing them, she stole them, and then Rei paid for them. The next day, Nanae had to leave school due to financial issues but Rei told her she will pay for everything and after 5 years if she couldn’t return it Nanae would have to sleep with her.

At present, they are running away from the police. They escaped from many places but Rei’s brother finds them and says Rei to turn herself in. Rei tells Nanae that she would turn herself in and will say that she kidnapped and imprisoned Nanae. But Nanae wasn’t happy with this and then they got into a huge fight and finally, Nanae also decides to go to jail. But events took a turn when Rei finds some coins in Nanae’s purse.

Rei immediately tells Nanae that they should run. Now they are at a beach house and they are seen being intimate with each other. The next day, when they both were sitting in front of the beach house Nanae was telling her a story and in between Rei goes to call someone. The next we can see is Police have surrounded them and Rei is being taken to jail. Nanae tells her she will wait for her.

1. How the plans of Rei changed at the last moment when they were both going to turn themselves in?

It is revealed that the coins Rei found were from a hotel 10 years back where they met last. Nanae tells her to split the check and the coins were half of Rei’s contribution. That’s when she realized Nanae also loved her and the plans were changed.

2. Why at last, Rei turned herself in?

When Rei asked her what happened to her in the past when they were in high school art class and the reason she being unhappy, she replied that that was the day when her mother left and her family got divided and she was wondering that she could ever have a happy life. Maybe that’s when Rei realized that starting a relationship on a bad note after a murder wouldn’t be great and she should pay for what she did. And that’s why she called the police.

This question cannot be answered as it’s very complicated. Both of them were transferring their kind of love into an obsession, Nanae just wanted to kill her husband after what he did to him and Rei wanted to be with her First love. This made them think only with their heart. And that’s the reason they seemed mentally ill in the whole movie. They wanted to achieve what they dreamt of for many years. And that’s what happened but the consequences were the things they didn’t think of!

At last, Nanae kept saying she will wait for her while police officers took her to jail. So what are your thoughts on it, hit them in the comments section.