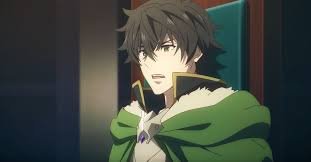 Known for being one of the most talked-about and amazing Japanese Anime Series, The Rising of the Shield Hero is based upon the light novel from Japan bearing the same name. The novel was initially written by Aneko Yusagi and season 2 of this series was announced for renewal at the Crunchyroll Expo of 2020. After directing Season one of The Rising of the Shield hero, Masato Jinbo was replaced by Takao Abo to direct the second season. Season 2 was officially released on April 6th, 2022. With the rest of the staff except the director reprising their crew roles, this series was produced by Kinema Citrus and DR Movie. There are a total of 13 episodes in the second season and the English dubbed version for the same was announced on May 2nd, 2022 and its airing started on May 4th. With a current MyAnimeList rating of 6.8/10, Crunchyroll rating of 4.7/5, and IMDb rating of 8.2 out of 10 the show is seeming to perform exceptionally well.

After its initial announcement, the much-hyped show is very famous among anime lovers and episode after episode is eagerly waited for. Season two resumed being aired on 6th April 2022, and now the fans are eagerly waiting for the streaming of the 11th Episode of Season 2. Well, to answer your query, we do have a date for the release of episode 11 of season 2 of The Rising of the Shield Hero and it is the 15th Of June, 2022.

This is the story about Naofumi Iwatani who was a 20-year-old university student before being whisked into a fantasy world. This fantasy world was a different cup of tea filled with magic and monsters. Iwatani was beyond confused when he found the book about the four heroes and how he was one of the chosen for the four heroes. The show has derived his name from the fact that Naofumi after finding that he was a chosen one for being one of the four heroes was given the mantle of the Shield Hero.

The cast of The Rising of the shield hero is elaborate and huge. There are almost many characters who attract your attention and love and just the same way, there has been more than one voice actor who has been rendering their voice for the characters of this series. Each character of an anime comes to its life and is known for having a unique voice given to them by their voiceovers and this time it is rendered by numerous voice actors whose names are detailed below. Billy kametz and Kaito Ishitawa are the ones who have given voice to the protagonist Naofumi while Brianna Knickerbocke and Rina Hidaka have given their voice to the character of Filo. Raphtalia’s character gets its voice from Asami Seto and Yositsugu Matsuoka gives his voice to Ren Amaki.

After the initial release of the season 2 trailer, there has been no individual trailer launch before the streaming of each episode. However, on March 26th, 2022, the Official Trailer for the second season of The Rising of the Shield Season 2 was released combating the awaiting desires of numerous anime lovers. Fans had been eagerly waiting for the release of the second season and after a directorial swapping, the show diligently returned with a renewal.

Where to Watch Rising of the Shield Hero Season 2 Episode 11?

The Rising of the Shield Hero is a well-known series and has gained huge popularity and viewership with Season 1. There are more than a few streaming platforms that can provide you with the already streaming episodes of Season 1 and 2 for the Rising of the Shield Hero. To name a few they are Hulu, the dubbed version on Amazon Prime, Crunchyroll, and Netflix in some countries. The reception and viewership of this series have outdone itself and its previous releases and are considered to be one of the most loved anime series of all time.