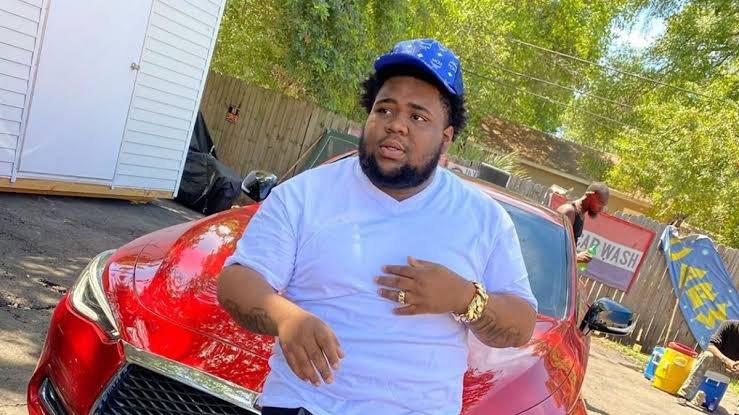 If you are a devoted follower of the rap world, then you have heard of Rod Wave. He is an American rapper and singer known for his emotional songs. Rod incorporates R&B and hip hop in his raps. His most notable songs are “Heart on Ice”, “Rags2Riches”, “Tombstone” etc. Rod’s albums have been chart-toppers one after another.
He is known for his gallant way of incorporating the truth into his songs. He has also stood up for black rights and spread an important message through his songs.

Rapper Rod Wave has multiple hits at twenty-three. Many of his songs often make it to the top of the Billboards charts. So you must be curious to know your favorite singer’s net worth. The royalty from his albums is a big contributor to his net worth. Rod Wave has a staggering net worth of $3 million. He has a big fan following of 4.5 million on Instagram and 3.70 million subscribers on YouTube.

Read Also: Simon Helberg Net Worth: How Much He Earns?

Rod Wave has an amazing career that is the main contributor to his huge net worth. However, the way he got into singing is very interesting. His first-ever live show was in a strip club on a school night. The young rapper earned 500 dollars for this gig. After this, his career took off and he never looked down.
His career began in 2016 with Hunger Games volume 1. After this, he released multiple mixtapes before working with Alamo Records. His career truly took off in 2019, with the release of the PTSD mixtape. The viral song “Heart on Ice” is part of this mixtape. The song made it to the top 25 on Billboard’s Hot 100 and gained huge views and likes on YouTube and TikTok. At this time he was riding high on success as his first solo album was also very famous. Ghetto Gospel, his first album ranked as high as number 10 on US Billboard 200.
Rod had gained a huge fan following by this time.
Rod Wave’s career kept on soaring with every album that he released. His second album, Pray 4 Love came out in 2020 and this time it rose even higher on the Billboard 200 chart at number 2. Fans loved the songs especially “Rags2Riches” which ranked number 12 on the Billboard Hot 100 list. Fans loved this song so much that this became his highest-charting song.
Then in 2021, came his third album, Soulfly. Fans love his songs because they have a strong and emotional message. Some of his notable songs from the third album are “Richer”, “Street Runner”, “Tombstone” etc. These are some of his highest-charting songs too.
Rob’s most controversial song is “Nirvana”. Fans felt this was a suicide letter and it sparked a lot of concern and controversy among them. However, Rob Wave has denied this multiple times.
His most recent release was in June 2022. The album titled Beautiful Mind also gained huge popularity.
Rob Wave is a notable name in the music industry and is loved by many. He has several hit releases and chart-toppers.

Born on August 27, 1999, Rod Wave is only twenty-three years old as of 2022. The talented rapper was born as Rodarious Marcell Green in Florida. However, Rob had a very troubled childhood and mostly had to look out for himself. His father was in jail and Rob found his solace in music. He started singing in the fifth grade when his parents separated.
After his release from jail, his father bought him a microphone and computer to encourage his passion for music. Rod Wave attended Lakewood High School.
While in high school, he did multiple jobs to support himself. This was also the time when he performed for the first time in a strip club.
However, after graduation, he took up singing professionally and hasn’t looked back since then.

Rod Wave had a very troubled childhood. He has been to jail a lot of times too due to several robberies and break-ins. But he hasn’t been very public about his personal life. Currently, he is one of the most famous and richest singers in the industry. His success has gained him a net worth of $3 million at the young age of twenty-three.
We do know that he currently lives with his girlfriend Kelsey H. He is also the father of twin daughters with Kelsey. But he likes to keep his personal life out of the eyes of the public and paparazzi.

Read Also: Iann Dior Net Worth: Earnings Of Rapper In 2022