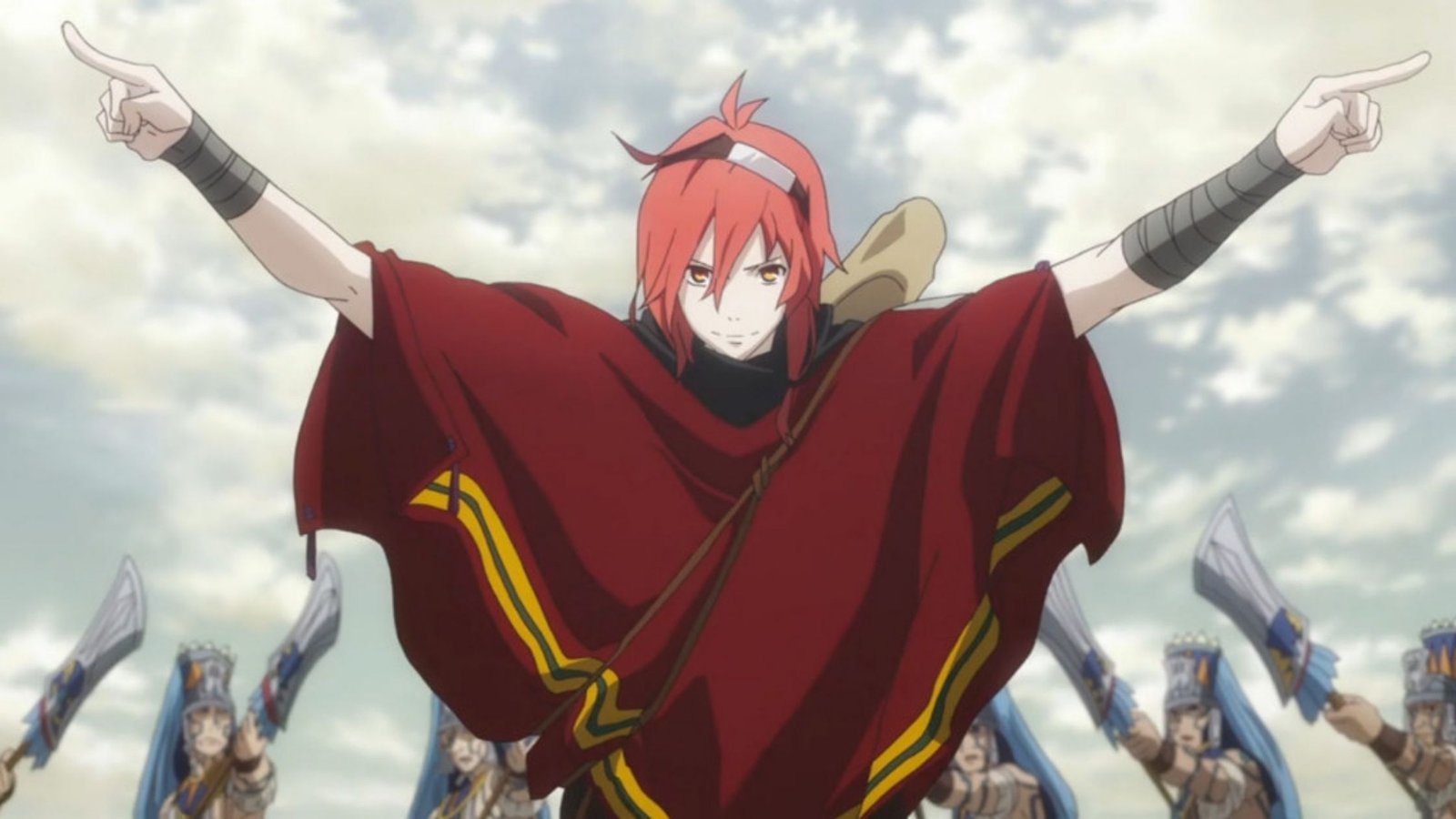 Talking about another anime series, Rokka Braves of the six flowers Season 2 is a wonderfully animated anime series, making it stand out among all the anime series. The most amazing thing about it is its nostalgic background music and surely after listening to it, you will find yourself murmuring the lyrics the whole day.

This anime series is based on a fantasy of six people are known as six flowers chosen for defeating the demon god, and most interesting fact about the story is when they gather, they found a total of 7 people in numbers which leads them to a conclusion that one of them is a traitor and they begins their journey to fight the evils. The series was a success in showing amazing characters and the poster of the series is really outstanding, giving it a mixture of modern and classical Japanese culture.

Overall, it was a fabulous series, and putting your free time to watch this is truly worthy. I would suggest that this series must be watched by teenagers and youngsters, as there are some probabilities that their adult counterparts may not be interested to watch it. The story was really fantastic and attention-grabbing, just like its characters. Viewers are expecting the release of its second season with different characters holding different superpowers and beautifully sequenced stories just like this.

This series was aired from July 4, 2015, to September 19, 2015, on MBS, AT-X, Tokyo MX, BS11 by the studio passione. It had a run of a total of 12 episodes and after that, no announcement had been made to release its second season to date. There are some hopes that the announcement of its second season will be made by the last trimester of 2022. It is being predicted that producers of the anime series will announce its second season only when they will reach their target of sellings and viewership and it’s looking that they will soon reach that.

The story goes like once upon a time, the lead of the story suddenly awoke from depths of the darkness and was provided by superpowers by the deity of fate along with five more people. The six were called Braves of the six flowers. But a strange thing happens with them as when they gathered, they found that they were seven in numbers, which led them to conclude that one of them must be a traitor and was a supporter of the demon god. Initially, the six were provided with superpowers to fight the demon god from the side of the goddess of fate. They continued their journey to fight with all the evils belonging to the demon god.

Adlet Mayer voiced by Soma Saito is the lead in the series and he declared himself the strongest person in the world. He uses tools to fight and trickery to grab his enemies down and off guard them. In his village, tenguneu appeared and killed off the whole village except him, leading to creating his mindset of taking revenge for that event and wanted to become brave. Nashetania Loei piena Augusta voiced by Yoko hikasa is the first Princess of piena and the Saint of blades. She has an ability to make blades appear out of nothing which is used by her as projectiles.

Fremy speed draw voiced by Aoi Yuki is a sniper and brave killer, along with being the Saint of gunpowder. She is a half–friend, betrayed by her mother and tribe due to the failure to kill chemo, which leads her to make the mind of taking revenge by killing The demon god. Gold of aurora voiced by koki Uchiyama is a young knight who is completely devoted to nashetania. He wields a giant spear and is tasked to find the six flowers killer.

Chamo Rosso voiced by aikakuma is a little girl who is the most powerful warrior of this era. She is also the Saint of swamps. Every single kyoma eaten by her lives in the swamp lying in her stomach. Mora Chester voiced by Rina Sato is a really serious and very intellectual woman and serves as the leader of the saints and is also the Saint of mountains.

Hans Humpty voiced by Kenichi suzumura is a strange assassin man who mimics a cat and its movements too. Rolonia manchette voiced by Hisako Kanemoto is cow-themed Armor wearing short girl. She wears glasses and is the Saint of fresh blood and also a childhood friend of adlet . She has abilities of magic healing.

The status of the trailer is the same as the announcement of the second season of the series, but it is being expected that the next season’s trailer will have more characters shown in it, and will be quite describing for the viewers the theme of the story.