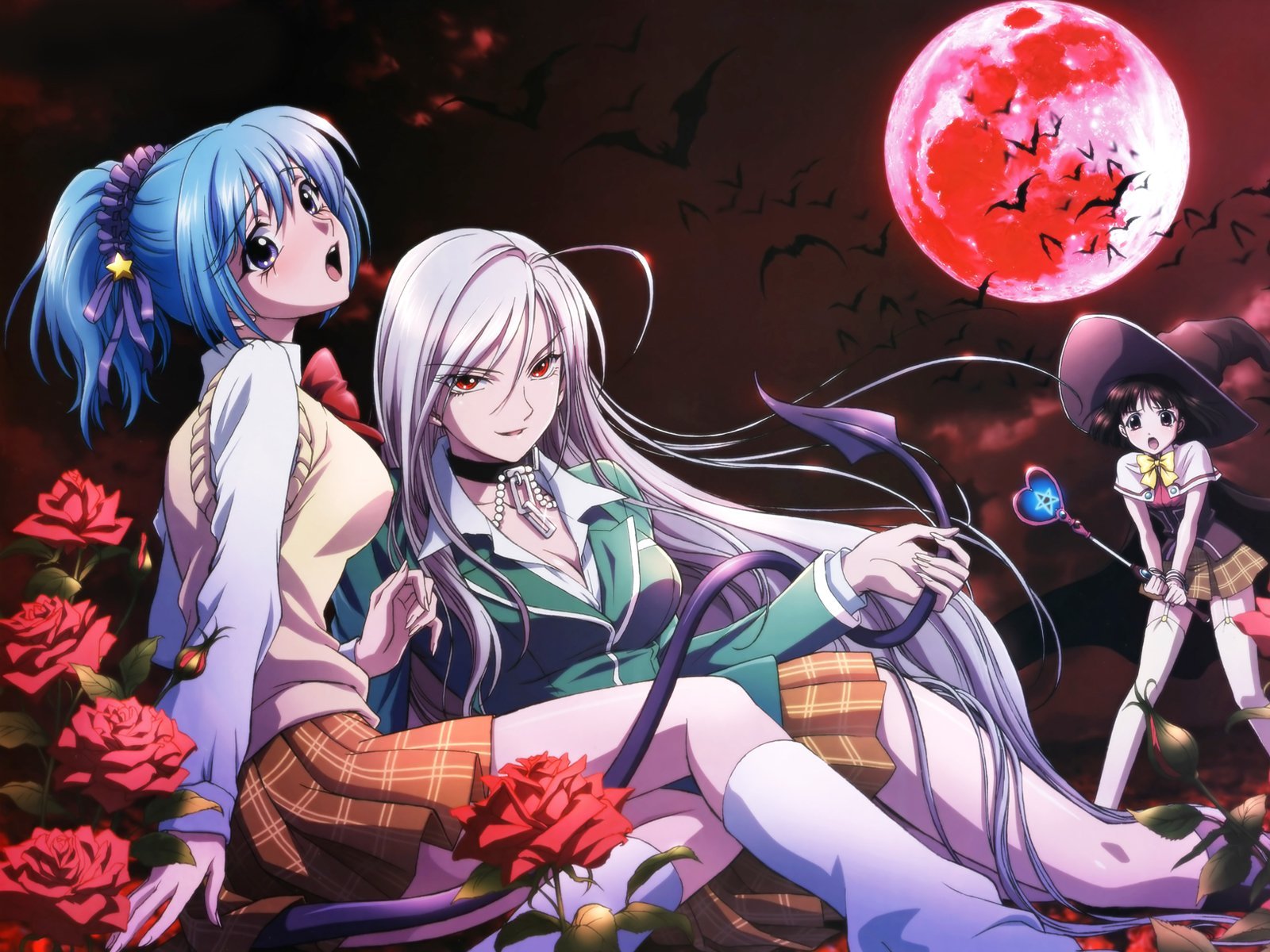 This anime surely brings back a lot of memories. Like me, many have binged watched this again and again and again. And the cycle continues, well, that’s a talk of some other day.

Interesting isn’t it! Then I won’t hold back, but directly start discussing the topic at hand.

Written by Akihisa Ikeda, the anime is adapted from the manga. The harem romantic, supernatural, ecchi anime has made its way up to 2 seasons. And if you are on this page, you must be eager about a third. The harem anime also has a game version. Now, if you don’t know what a harem is, I will tell you. Harem is basically a genre where 2 or more female characters of the anime fall for the same guy.

With a total number of 26 episodes, the anime runtime is 25 mins each. The anime made its debut in Winter 2008. Also known by the name Rosario + Vampire, it is rated 6.78 by My Anime List (MAL), 6.9 by IMDb and is very popular among its vampire fans.

If you want to know about the renewal status, then keep scrolling!

A small warning: Spoilers Ahead!

Let me tell you honestly, for an anime to make a new season at the most 5 years are required. And most importantly the manga completed its entire volume published by 2014.

Although, as I said unless there is a miracle the season to have a renewal is quite unlikely. Then again miracles do happen. Other than waiting we don’t have any more options right. So, let’s wait and see the anime which is still in high demand. Will it pave its way for a third season?

We are also on high alert if there is a green light from their end, we will post the latest updates here. Till then keep watching and re-watching this anime. And most importantly stay tuned.

It’s been a year since Aono’s enrolment in an all-supernatural being’s school. Being the only human among vampires, witches, succubus; now he is the center of attention among all his female classmates and seniors. Things are already difficult for him with these monsters lusting on him. It gets further complicated when Moka’s younger sister joins the academy.

Will trouble stir and in what form and how many will burn because of that? Will the already harem romance get more complicated? Trouble is on its way, who will survive and who will lose?

Stream the anime and enjoy the romance to your heart’s content!

Youkai Academy, what seems from outside is not what it is from inside. The academy is attended by all supernatural creatures who attempt to live among humans owing to all normal activities and studies.

Aono is an average boy, of his age who is not able to enroll in any school because of his poor grades. Now worried about their son’s future, his parents enroll him in this academy not knowing about the dark secrets it holds behind the wall. Now as the only human student he falls for the Campus belle. Things start to get really interesting from this point.

The romantic comedy with the ecchi genre will make you all giddy with laughter, love, and life.

Where to Watch Rosario Vampire Season 3?

You can watch the anime on Netflix. You can also stream it on Gogoanime, Hulu, or 9anime.

I have shared the season 1 trailer for you guys to enjoy. You will find other trailers available on YouTube and other pages and OTT’s.

Go and stream this amazing anime online. I am quite positive it will make your day.