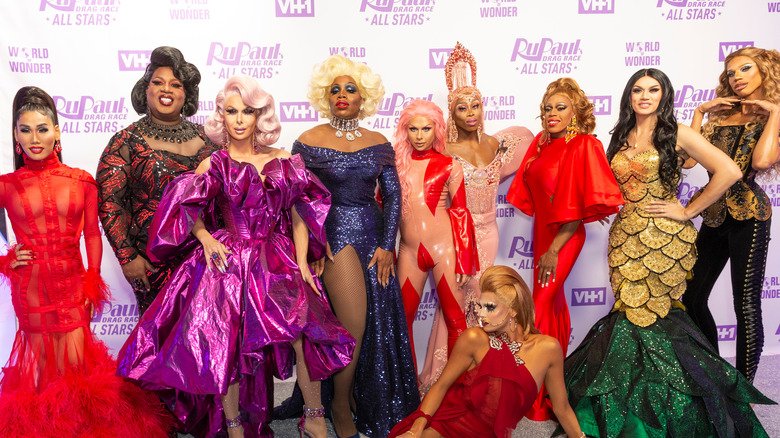 RuPaul Drag Race is an American reality competition series produced by World Of Wonder. RuPaul plays the role of the host in the show. The show is directed by Nick Murray and RuPaul, Merle Ginsberg, Santino Rice, Michelle Visage, Billy Brasfield, Ross Mathews, and Carson Kressley serve as the judges on the show. RuPaul is also the theme music composer of the show. The producers of the show are Michelle Visage and John Polly. There are currently 175 episodes in the 13th season.
The show has an amazing rating on various platforms. It has 8.4 ratings out of 10 on IMDB and 84% on Rotten Tomatoes. According to Google, 90% of its users liked the show. The 14th season of the show has already created a lot of buzz among the audience and fans. It would be interesting to know if the upcoming season can meet our expectations like in previous seasons.

The 14th season of RuPaul Drag Race was officially announced on November 23, 2020. Production of the show began in Early May 2021 with taking care of Covid-19 safety guidelines issued by the government. Filming lasted till late June and the queens returned their social media accounts. On 3 June 2021, the official channel of the show uploaded a video on YouTube which gave a boost to the 14th season of the show. Symone tweeted on Twitter asking the fans if they are ready for Revealing divas? On November 23, 2021, the makers announced that the cast of the show will be revealed on December 2, 2021. The cast of the show is all set to be released on VH1on 2nd December 2021.
Although there is still no information about the exact release date of the show it is already confirmed by the makers that the show will release somewhere around 2022. The last month of the year 2021 is already here and there is not much time left when the 14th season of the longest-running television series will be released.

ALSO READ : One On One Season 6 Release Date: What We Know

The contestants submit their video auditions to the production company of the show and RuPaul and the other judges carefully view each tape and, then, select the competitors for the season. The next step is to film a series of episodes, typically concluding with the elimination of one or two contestants or a contestant disqualification. Each episode has a maxi challenge designed to test the competitor’s skill set. Some episodes also have a mini-challenge where winners get a special advantage or a benefit in the upcoming maxi challenge. The judges discuss among themselves and, then, announce the winner of the week and the bottom two competitors.
Mini challenges are a small and quick assignment which RuPaul announces at the beginning of the game. The most famous mini-challenge is the reading challenge where participants criticize each other in a process popularly known as reading. Maxi challenges are designed to examine the skill set of each participant. They are sometimes group projects or individual projects involving singing, dancing, acting, and various other things. The most popular maxi challenge is the Snatch Game.

The cast names have been rumored for a few days. It is expected that this upcoming season will feature Trenton Clarke, Willie Redman, Kyle Koritkowski, Jorge, Rex Wheeler, Chance Lambert, Will Patterson, Joshua Enrique Ortolaza Resto, and many more. If the cast rumors are true, this would be the first time in the history of 13 seasons that a straight man, Maddy Morphosis, would be featured in the show. This would be the first season which would feature a queen from Puerto Rico, Alyssa Hunter, and to feature a cast of 14 entirely new queens since season 11.

There is still no trailer for season 14 of the show although it is expected that the makers might release it in a few days. If you wish to you can watch the trailer of the previous season by clicking on the link given above. In case you liked the trailer and wish to binge-watch the full show, the show is available on Netflix for subscribed users.