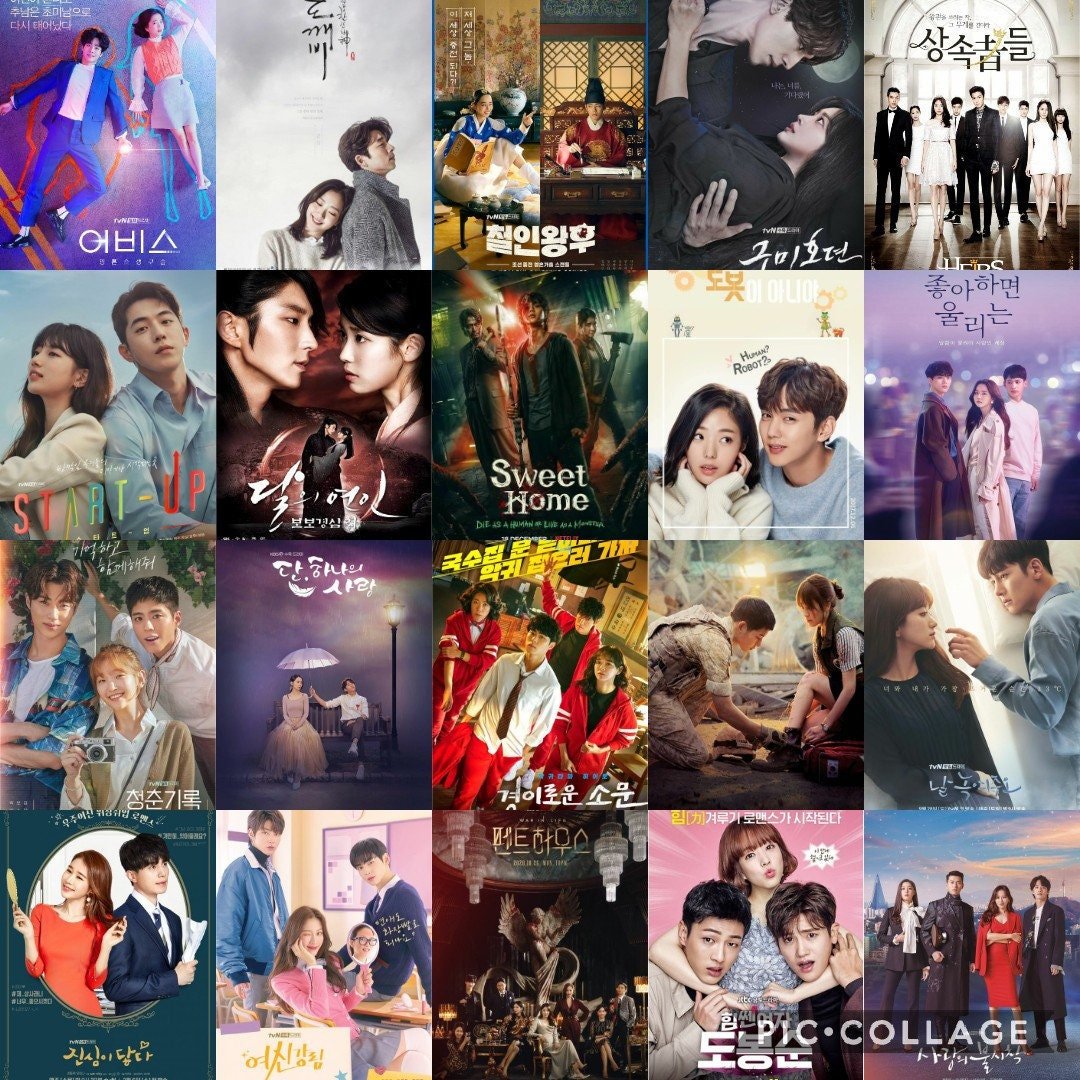 K- Dramas have raised the interest of audiences of all age groups. Their stories, characters, acting, scenic beauty, romance, drama, food intrigues everyone. Through the past few years K- dramas have gained a lot of fans worldwide.

They hold quite a place in the OTT platforms. They are a talk among students and fantasy teenagers. If you’re a fan of K- Dramas you have logged into the correct website. This page will surely raise your interest to watch the following series.

Earlier fans faced problems because the dramas are mostly in Korea and a lot of people are unfamiliar with the same. But don’t worry, with passing years a lot of dramas are now available with English subtitles and even dubbed in your regional languages. I remember once I saw a drama in Hindi as well. Well, surprised?

Keep scrolling to get more updates. A lot of surprises are waiting ahead.

Our Beloved Summer as you know is a K-Drama series, aired in December 2021. The drama is still airing and will be released completely by January 2022. The series has 16 episodes with a runtime being 60 mins. The series is available on Netflix. The show has been rated 8.7 from MDL (My Drama List). The genre of the series is romance, comedy. Youth and of course drama.

Choi Ung and Kook Yeon-Su were lovers in high school. Together they filmed a documentary which went viral. But unfortunately, they broke up. Now after 5 years, after their documentary gets popular the exes have to face each other that too in front of the camera. What will happen now that their lives clash again?  How will the childhood sweetheart react to this surprise reunion? And what will happen to their promise that they made of not meeting ever again? But they are forced to face the camera together.

The series mainly focuses on the complicated relationship of the duo.

This series has only one season. Now that you know the synopsis and watched the trailer. Go and binge-watch the season!

As I have already said and moreover, you’re aware of how K-dramas are winning audiences’ hearts with passing years. You’re hoping to watch more dramas like Our Beloved Summer, right?  Then, you have checked into the right page. Below, I am going to share 5 more series like Our Beloved Summer. Read along. Then, go and stream them from your device!

This K- drama is quite a popular one and on top of that it’s fully aired. Yass!!! You can stream the series online. This series has 13 episodes.

This series is about Lee Min Kyung and Noh Hwi Oh’s complicated relationship. The series focus in their complicated journey full of love, hurt, pain, healing and again falling for each other.

Noh Hwi is a decent guy who is a detective. Life does him good until an incident changed it completely. He becomes a completely different person who is unable to control his anger. Lee Min is a lovely girl with a sophisticated appearance and a decent job. But an incident shakes her and she loses her trust in anyone. She becomes delusional and compulsive.

What will happen when both of them meet. Will their lives clash with each other? Or are they perfect to heal each other? Will their love help them understand their difficulties? Is there a chance for the cherries to blossom?

This slow but sweet romance will make you love their character even more. The realistic and down-to-earth drama is one such series where you can actually relate to yourself.

Their pain and agony will deeply move your heart and who knows maybe you’ll cry along with them. Go and watch the drama, I hope you’ll enjoy it.

This K-drama has 16 episodes. It aired in 2020 and was released completely.

The series runs around the lives of a man who remembers every single thing in his life and a woman with a fading past as time passes.

Jung Hoon is an anchor who is suffering from Hyperthymesia. A disorder that makes him remember every single thing that happened since his childhood. Due to his condition, he has become very aggressive and he asks people too many questions. He can’t forget the girl from his memory who he lost 8 years back. On the other hand, Ha Jin is a rising star whose memory is fading away slowly. Nobody is aware of her secret?

A girl leading her life as she pleases. And a guy who is rebellious and aggressive to everyone regardless. What happens when their path meets? Will they be able to heal each other? Will their scar heal the other’s wound?

This sad but romantic story will surely make you swoon. Grab your tissues and binge-watch!

ALSO READ | The Other Two Season 3 Release Date And Spoilers!

The slice-of-life K-drama has 16 episodes. The series has aired completely.

This is the story about a girl with beauty and brains. A successful dentist who loves her job and is dedicated to it. But gets fired when she accuses the clinic’s head doctor of overdoing patients’ treatment for monetary profit.

Sad and with a shattered heart she reaches a seaside village and meets a jack-of-all-trades. Chief Hong is known for his chivalrous personality all over the village. A sudden incident makes their path cross and each gets smitten by the other. After that their path crosses a lot many times and they slowly fall for each other.

Will they fall in love? And will Hong help Yoon Hye, the loyal dentist? This is a story of two kinds of heated poles whose path meets. They are brave, loyal, and think about others before their own. They will surely make you fall for their characters, but this time really hard. Buckle up, guys your heart is about to throb.

The series tells us about a girl who has turned 37 but is unhappy with her single and boring life. She has a temporary job which she fears losing any moment. Also, she wants a boyfriend very badly. She goes on and on about her sad and miserable days, and how badly she wants a change. Her old spunky self suddenly appears before her.

She travels past to meet her old 17 version who is nothing like her. Her old self is bright and optimistic. A totally different personality from what she is today. What will happen when she meets her enthusiastic, passionate 17 years self? Now with her old self will she be able to heal her wound and fall in love again? The journey of her adult self to her old self is full of love, comedy, adventure, and fun. You are going to stay hooked this time. With a drama like this who knows you may fall in love with it.

The K-drama A love So Beautiful; is a Chinese adaptation. The series has 24 episodes and has fully aired.

The story revolves around a sweet, bright, and bubbly girl who openly confesses to her Cha Heon. She is clumsy but nonetheless a very lovable character. But he rejected her constant proposal. He appears to be cold-hearted but is actually a kind-hearted high school student. He is actually very shy when it comes to love and confession. On the other hand, a transfer student falls in love with her. Woo Dae doesn’t confess to Shin Sol but stays by her side and silently keeps on supporting her.

So, will this lead to a love triangle? Will Cha Heon accept his feelings for Shin Sol? What will he do when he learns that he may have a love rival? And will Woo Dae ever confess his feelings? This high school love story will surely make you fall in love and win your heart. If you are into high school drama then this one deserves a place on your watchlist.

Well, with this you have finally reached the end. All the series are available on Netflix. You can go and watch them online now. The series is quite famous and loved by all K- drama fans. Even if you are not a fan, I am sure you will definitely fall for the series.

The series is even available with English subtitles so it won’t be a problem. All the series are rated above 8.0. So, you can pretty well understand that they are all-time fan-favorite series.

I hope after going through the page, I could spike your interest! If so, then what are you waiting for? Grab your nachos and start the show. Then what, discuss all you want with your peeps. Watch A Love So Beautiful here on Netflix.

MUST-READ | You Are Wanted Season 3 Release Date And Spoilers!