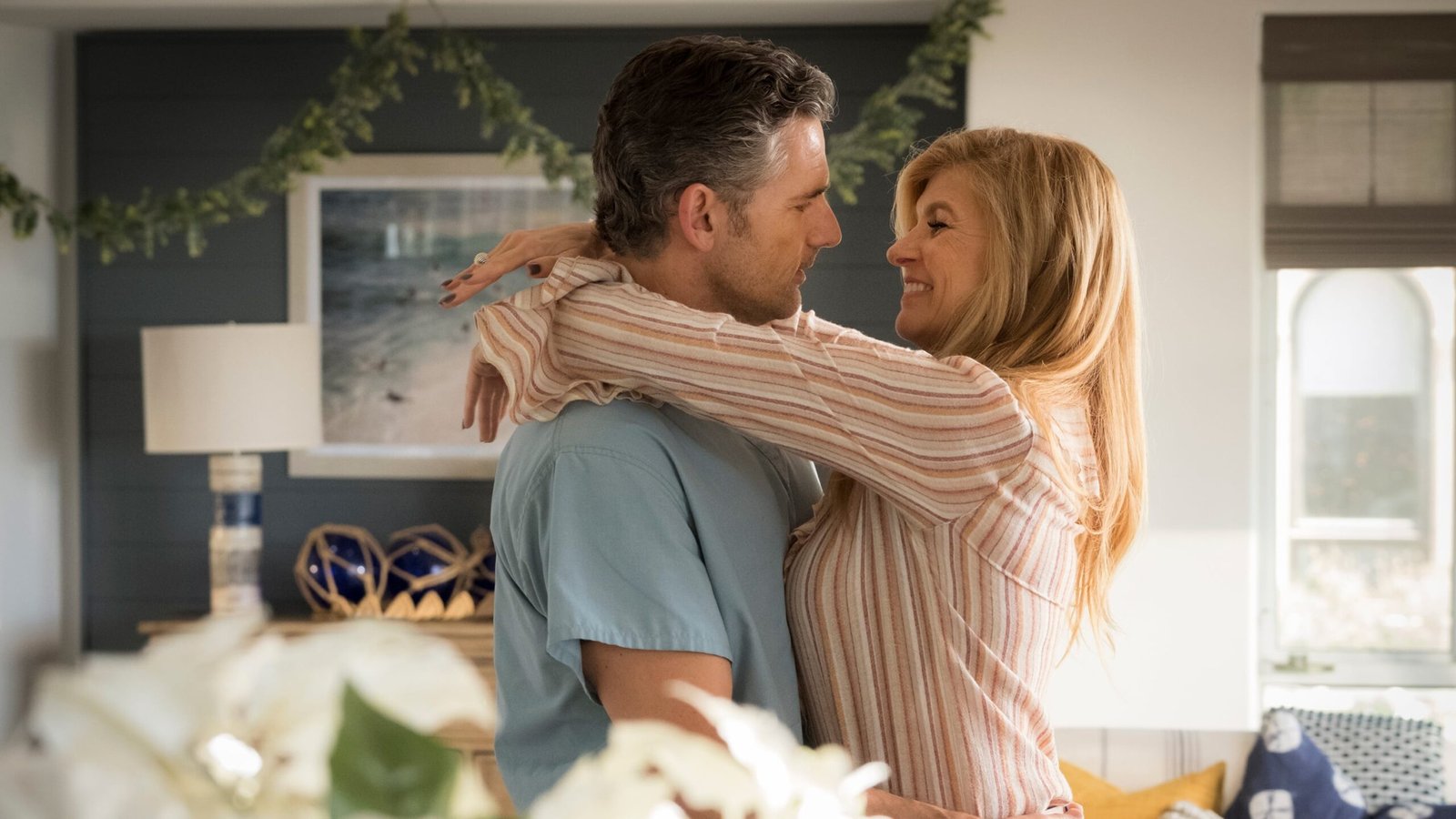 Dirty John is an American true crime anthology series based on the podcast of the same name and the show was premiered on November 25, 2018. On 14th Feb 2019, the show was made available on Netflix for worldwide streaming. The show received mixed responses from critics and was nominated for many awards.

Season 1 of the show is about how a romancing with John Meehan resulted in denial, secrets, manipulation for the entire family. On the other hand, season 2 of the show tells us the story about the breakdown of Betty’s marriage and the effects of this incident on her and the entire family. As already stated above, you can watch this show on Netflix.

If you are looking for shows like Dirty Joh, you must be looking for crime, complicated characters, and some drama that will keep you hooked to the show. So, here we are giving you a list of 12 shows that are similar to Dirty John and involve a lot of dramas.

The show “Seven Seconds” is an American crime drama streaming television series which premiered on February 23, 2018. Netflix confirmed that the show won’t get the second season and thus made it a limited series.

The plot of the show revolves around Peter Jablonski who is a Narcotics detective who accidentally hits Brenton Butler with his car. Brenton is a black teenager from Jersey City. He calls his fellow corrupt officers and asks for help but they assume that Butler is dead. Racial tension explodes in the city. The show has received responses from the critics and it’s worth your time.

House Of Cards is the American political thriller streaming television series which was released on February 1, 2013, becoming the first tv series to have been produced by a studio for Netflix. Created by Beau Willimon, this show revolves around different stories in its six seasons. The first season tells the story of Frank Underwood who was to be appointed as Secretary of State and her wife runs an NGO. As already stated above, the show is available on Netflix and it even managed to get positive responses from the critics.

ALSO READ: Is HBO Originals Game of Thrones Worth Watching?

This show has to be on the list when we talk about shows similar to Dirty John. Developed by Scott Alexander and Larry Karaszewski, American Crime Story is an American anthology true crime television series which have different stories in its all seasons. The cast of the show includes some popular faces such as Connie Britton, John Travolta, Sterling K. Brown, Nathan Lane, and many more. You can watch this show on Amazon Prime Video.

An Italian television mini-series, The Trial is composed of eight episodes aired in November 2019 in Italy. It was made available on Netflix for worldwide streaming on April 10, 2020. Elena Guerra, who is also the protagonist of the show and a successful prosecutor, wants to take a leave to go to New York where his husband has a job. Her plan is ruined when se is assigned a high-profile case where Linda Monaco is accused of murdering a 17 years- old girl.

Dead To Me is an American Dark Comedy television series that premiered on Netflix on May 3, 2019. The show has three seasons, the third being the final season which will be released somewhere around 2022. The first season of the show has received positive reviews from the critics and it, even, managed to get nominated for 71st Primetime Emmy Awards. Created by Liz Feldman, the show is about the friendship between Jen and Judy. Jen is recently widowed trying to deal with her grief and loss through therapy and other methods. She uses anger to express her grief. She comes to know about Judy through a support group. Jen mourns her husband who was killed by a hit-and-run driver. On the other hand, Judy says that she is grieving her fiancée who died of a heart attack. It was revealed that Judy was the hit-and-run driver and her fiancée broke up with her.

You is an American psychological thriller television drama based on the book of the same name by Greg Berlanti. The show follows Joe Goldberg who is a book store manager in New York. He meets Guinevere Beck and becomes infatuated with her. He becomes obsessed with her and starts stalking her and follows her everywhere. He tracks her presence and starts removing every obstacle in the path of their romance. In the second season, he moves to Los Angles to start a new journey but meets Love Quinn and starts falling into his old patterns of stalking and obsessing. In the third season, they are married but again he meets Natalie and continues his old behavior. The series is available on Netflix.

The Act is an American true crime drama limited series that was created by Nick Antosca and Michelle Dean and premiered on Hulu on March 20, 2019. It is inspired by the real-life story of Gypsy Rose and the murder of her mother. As already stated the series follows the life of Gypsy Rose who uses a wheelchair due to her illness. Her mother is overprotective and this increases the distance between them as Gypsy insists on being independent. Growing up Gypsy believed that she has cancer but finds that she was never really ill. Her mother made her believe that she has cancer. Not only her but her entire family, she made them believe that she was ill. Arquette has won the 71st Primetime Emmy Awards in the category of Best Supporting Actress in a Limited Series for her role.

Borderliner is a Norwegian noir crime drama series that first aired on November 2, 2017, in Norway and was released to Netflix for worldwide streaming. Nikolai Andreassen is a police officer from Oslo who is visiting his hometown. However, he is drawn into the investigation of the suicide of a local man who was Tommy Hagen. The show only has one season with eight episodes and the cast of the show includes faces such as Tobias Santelmann, Ellen Dorrit Petersen, and many more. You can stream the show on Netflix.

Perfume is a German television series that is inspired by a book of the same name. Netflix acquired the right to the show and was released on December 21, 2018. The show received good responses from people all across the globe. On the Lower Rhine, a corpse of the woman is found. The confusing part was that her red hair, armpits, and public hair were shaved. The investigator Nadja and the prosecutor Grunberg encounter five former boarding school students who know the victim from her school days. Nadja learns that she is pregnant but Grunberg is not ready to divorce his wife and wants an abortion. However, she refused and he ends the relationship.

A Teacher is an American drama television miniseries that is produced by FX and premiered on Hulu on November 10, 2020. The responses from the critics regarding this show were positive in general. However, the way the show ended was criticized. Coming to the plot. The show is about a teacher who focuses on Claire Wilson. The show has received really amazing ratings on various platforms. You can watch A teacher on Amazon Prime Video.

Killing Eve is a British spy thriller television series which was produced for BBC America and BBC Three. The series revolves around Eve Polastri who is a British Intelligence Investigator. She is bored with her protection role in British Intelligence and she is highly interested in female assassins. The show has four seasons and has managed 8.2 on IMDB out of 10 and 81% on Rotten Tomatoes. 91% of Goggle users have liked the show. The show is available on Amazon Prime Video.

Created by Lisa Rubin for Netflix, Gypsy is an American drama television series and was released on June 30, 2017. However, the show was canceled after the first season and the reason is still unknown. It has managed to receive average ratings on all platforms. Jean is a successful therapist in New York and is married to a loving and caring man. However, she starts to develop intimate relationships with the people in her patient lives and this leads to the blurring of her personal and professional lives. It started impacting her and the people around her.

So, this was our list of shoe shows which relate to Dirty John. Let us know in the comment section if we missed out on your favorite shows. As of now, happy watching, and we will meet you again very soon with another piece of article.