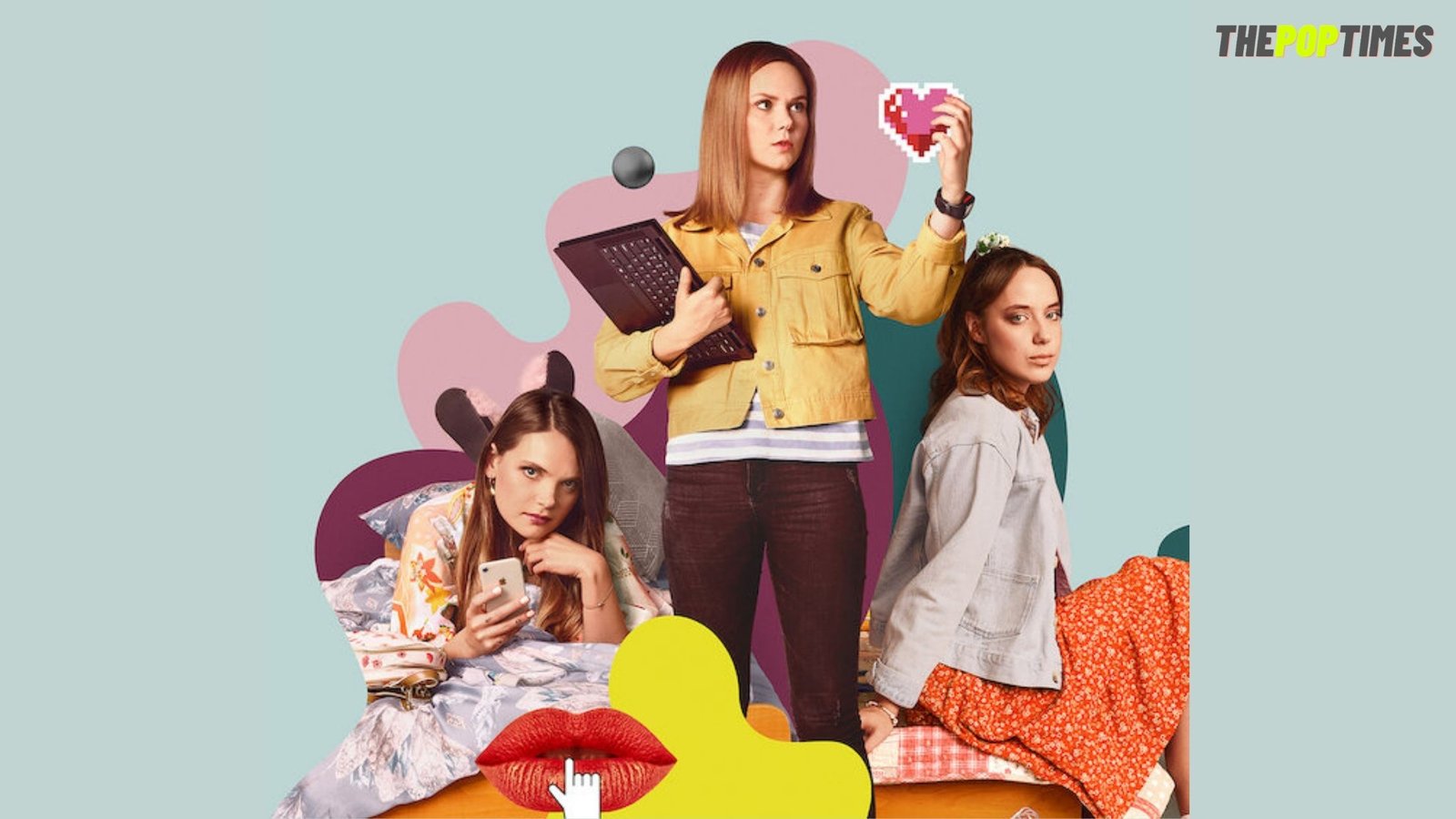 So I am assuming that you have watched the Polish show, Sexify and you are here to explore more such shows like sexify. First of all, if you are the one who dropped here by mistake then let me tell you Sexify should really be a must-watch for you. Shows like this are very rare and you should definitely not miss Sexify. It basically covers the story of three college girls who are trying to develop a female orgasm app called Sexify. The show has comedy, the show has emotion, the show has everything you want. I would really suggest everyone watch it once.

If you haven’t watched Netflix’s sex education yet then you are seriously missing something very very great. Otis, Maeve, Eric, and everyone in the show will literally make you fall in love with them. Originally aired on 11 January 2019, the show gained huge popularity all over the world. Basically, the show covers different sexualities we have nowadays, it educates you plus it’s so fun to watch. A teenage boy, Otis whose mother is a sex therapist who teams up with Maeve, the girl he likes to give free sex therapy at school to Their peers. But while doing this he also realizes that he may need some therapy too. In addition to this, how can a teenage show doesn’t have fun and love in it?

You will find various instances in the show when you just feel like going with them and living their life. When I watched this show for the first time, it really made me watch it again and again. You won’t get bored of this show anytime. Total, 2 seasons of the show have been released and the third season could drop anytime soon. This should really be a must-watch for you.

2. Never Have I Ever

Every Indian should really add this to your watchlist. This American teenage comedy-drama starring Maitreyi Ramakrishnan and directed by Lang Fisher and Mindy Kaling came into Netflix on 27th April 2020. Basically, the show covers the story of Indian American High School Teenage student, who is dealing with the emotional aspects after the death of his father. The story doesn’t end here, Devi wanted to return to her normal life, and she wanted to make herself popular in high school with her two other friends, and her mom doesn’t like it, Indians huh? So, she asks the hottest boy in high school, Paxton to have sex with her, but she wasn’t able to do it.

The story covers how she tries to make herself feel better after her father’s death and complications with her mother. So, it takes great twists and turns. Indians will definitely love watching this, it will show Indians living the American life.

MUST-READ| Will There Be A Season 2 For Traitors?

Originally released on 10th August 2018 the show received a 6.5 on IMDB. Consisting of 22 episodes, this teen comedy-drama show Should really be a must-watch for you. The story basically revolves around Patty, who has been overweight for a very long time, and this resulted in them being bullied, underestimated by her peers, and ignored most of the time. But now after so many years she is finally thin and wants to seek revenge from everyone who made her feel bad about her being fat.

Events took a turn when Bob Armstrong who is an attorney and is passionate about coaching beauty pageant contestants meets Patty. He is the only one who sees potential in Patty and he finally takes her to be his first legal client and then finally a contestant in a beauty pageant. Bob really wanted to coach Patty so that she could get to the top of the beauty pageant, but how deep her rage is and how furious she is to take revenge from the people who basically always called her wrong.

This should really be a must-watch for you, not only comedy-drama, but the show also has a dark comedy which is very rare these days. You should definitely go for it.

Receiving an eight from IMDb and 91 from rotten tomatoes the show gained immense popularity All around The World. Consisting of 46 episodes the show first premiered on 28 June 2017 and is currently ongoing. So, the show has a very unique story, it’s all about magazines! Creating a magazine and putting together it is not an easy task we think it is. Creating a magazine will require a lot of teamwork and you have to do great hard work so that your publication comes on newsstand shelves.

That’s why the staff who are responsible for producing these global women’s magazines are trying to find their own voices. Though they are working together to publish each issue in their magazine, they are still struggling to find who they are and find love and how to manage their friendships. Basically, this drama series is inspired by Joanna Coles who was a long-time magazine editor and executive. She has served as an executive producer of the show. This may not contain teenage comedy and love but it might help you explore yourself.

MUST-READ| Is Paul Walker In Fast And Furious 9? Here Are The Details

If we are talking about romantic teenage shows how can we forget K dramas? K dramas are basically all about them. One of the great K drama is Boys Over Flowers, which was released on the 5th of January, 2009. Consisting a total of 25 episodes, the show revolves around Jan-Di, who is not financially stable but a very bright girl, and she gets transferred to a very exclusive High School.

This kind of high school is only meant for elites. After reaching there she basically falls in love with a very rich boy. She meets four boys and falls in love with one of them. The show continuous to tell how their relationship goes. Though she gets the scholarship and joins the high school she crosses paths with these extremely handsome boys and very rich guys she thought she could never do.

The show basically cast Lee Min-ho, Kim Hyun-Joong, Koo Hye- Sun, and Kim Bum. If you love K dramas then you should totally watch this one.

Netflix has some very fine collections of teenage romantic comedies that you should not miss. Why Are You Like This is one of them. Premiered on the 16th of February 2021 the show has gained immense popularity all around the world. The story of the show is kind of common, but you will still love it as it has a great spark between the characters.

The story basically revolves around three best friends who are in their early twenties and you know what happens in the early twenties right? Fun, work, expressing yourself, politics, hookups, and wild nasty nights. While enjoying their twenties they basically go on a path of destruction and the events take a sudden turn in the show.

There are chances for the show to return with more Seasons so you should binge-watch the first season right now. You know when you don’t care about anyone when you are in your twenties, that’s the same thing in the show, they keep doing things and blissfully ignoring how many people they hurt along the way. Though the show is a comedy it will definitely make you cry.

Consisting of 25 episodes, the show will definitely tell you how Morden connections are made and how Morden love and sex life are. The story revolves around a couple in Chicago who tells how modern romance technology and culture have changed over the years. Basically, the couple is trying to reignite their sex life and they are trying to do anything to spice things up. They finally decided to hook up with another woman.

This show is a must-watch for you as it features an impressive array of the cast, Elizabeth Reaser, Jacqueline to bond, Jane Adams, Kate Micucci, and other members. The show is available in Spanish and English language, you can watch it in any of these languages. Each episode is 30 minutes long and I guarantee you that you are not going to regret watching this show. It will help you explore modern love and sex life with technology.

Okay, so enough about rom coms, you should watch some dark comedies too and Bonding is something you should add to your watchlist. This story revolves around a grad student in New York city named Tiff. The story basically explores her sex life and her sex job. She in between meets her former high school best friend forever named Pete who is gay. The story covers the dark comedy of this unlikely pair, Pete and Tiff, and their new professional relationship which defines their friendship.

And the most important thing in the show is it helps them find themselves. The show basically aired on for 24th of April 2019 and is still running. These kinds of stories are something worth watching. The story and the characters will definitely keep you hooked to your chair until the end. The show received a 7.2 from IMDb.

Gossip Girl is an American drama series that ran for six long seasons. This show is still very popular and has a total number of 121 episodes. This story basically revolves around a very popular female student, Blair Waldorf. She is very much popular in her school and envied by everyone in the school.

But her perfect life is kind of ruined when her ex-best friend comes to the same institution. You know how girls are right? if they don’t like someone, that means they don’t like someone!! Then Things begin to tense between them and this teen drama begins to get more and more interesting. Blake Lively, Leighton Meester are some of the main characters of the show. I will really suggest you watch this show once.

If you have watched You then Dirty John will be a true crime version of you. This anthology series basically explores how love goes wrong sometimes. It has covered true crime and anthology on how relationships can be very promising in the beginning and can end in a very devastating breakup. It will answer all the questions that you have been wondering about relationships.

The story will definitely remind you that there are always two sides of a coin, that there are always two sides of each story, and people are not always they look they are so before going into any conclusion you always have to know both the part of the story to get into a correct conclusion. Though the story might seem kind of boring, it will definitely entertain you throughout the series.

MUST-READ| Will There Be Narcos Mexico Season 3 & Its Release Date?