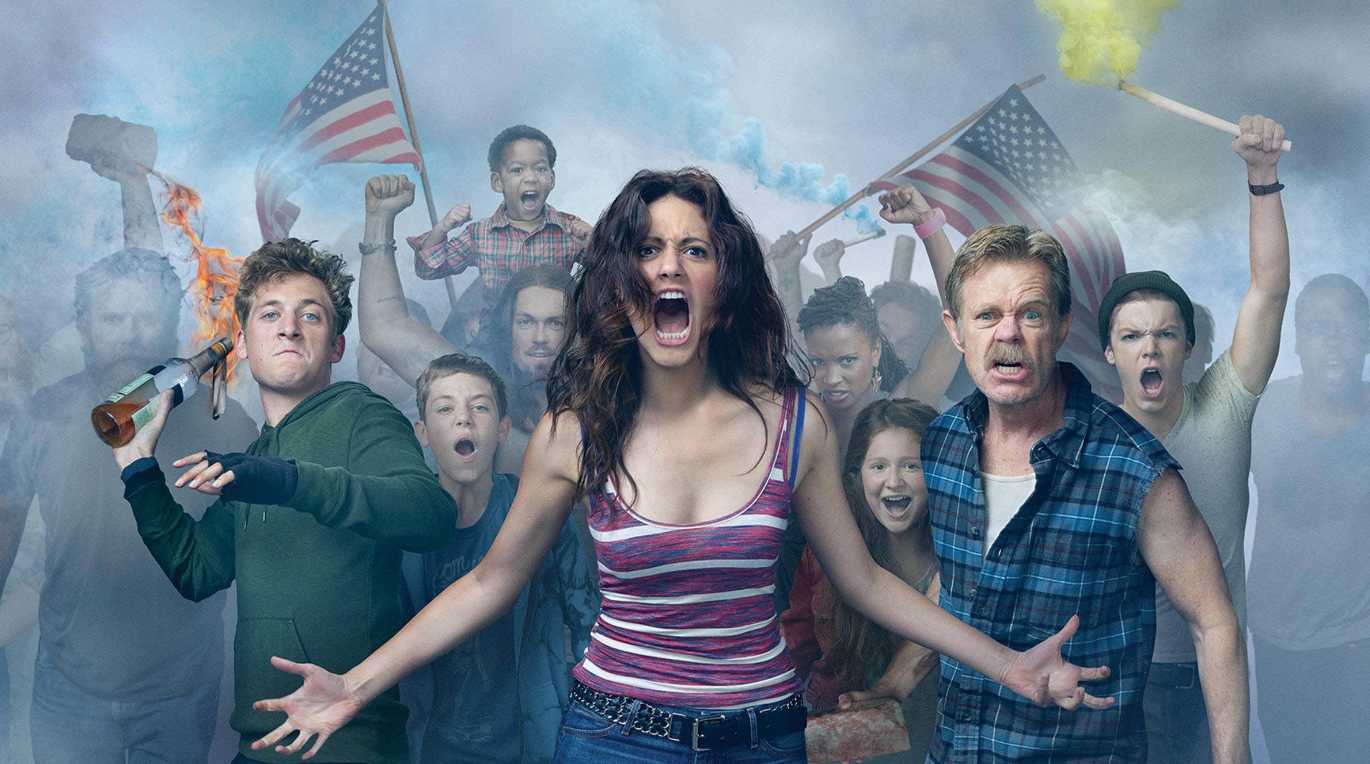 Shameless is an American Comedy Drama created by Paul Abbott. The plot of the show follows the poor and dysfunctional family of Frank Gallagher. He has six children but he liked to spend his day drunk or in search of adventures. On the other hand, his children learn to take care of themselves all alone. The show has received all love and praises from the audience and fans go all crazy for the show. So, if you have watched this amazing show and do not know what to watch next, don’t worry because we got you. Here, we will be giving you the name of the series that you must watch if you loved and enjoyed Shameless. To keep it short and simple for the fans, let’s start with it.

So, we starting our list with this show which revolves around the lives of two parents and their three children in different frames and situations. The show also uses flashbacks for making the fans understand the past of the family. It was nominated for best television series at 74th Golden Globe Awards and also the Best Drama Series at the 7th Critics’ Choice Awards. If you love Shameless, you are definitely going to enjoy this family drama. The show is available on Amazon Prime Video.

Created by Jenji Kohan, Weeds is an American Black Comedy Television Series following the life of Nancy Botwin who is a widowed mother of two boys. She started selling marijuana to support her family. The show started a few months after her husband’s death. It was revealed that he died due to a heart attack that occurred while jogging with his younger son. Nancy has a desire to live a comfortable and luxurious lifestyle which made her enter into illegal activities. As the show develops, Nancy has to deal with many challenges. One of them is protecting her children from the crime world. If you found the plot of the show interesting, you can watch it on Amazon Prime Video.

If we talk about Shameless, it is obvious that we will talk about Six Feet Under. The funeral director Father of Nate Fisher dies and the ownership of Fishers and Sons Funeral Homes to Nate and David, his other son. However, the Fisher can also include Claire Fisher and Ruth Fisher. To conclude, the show deals with family drama, complicated relationships, dysfunctionality, and personal growth. It also deals with the concept of death and religion in a comedic way. You must give this show a watch on Disney plus Hotstar.

The show depicts the life of a typical American family who has to cope u with their daily life challenges. Tara is the wife and also the mother of two children and has been diagnosed with Dissociative Identity Disorder. She feels very low and depressed and is unable to focus on other things as a side effect of the medication. You can watch the show on Amazon Prime Video only in selected countries.

The series mainly revolves around a 17-year-old boy who moves in with his relatives after the death of his mother. You can watch the show on Netflix.

As the name of the show already suggests, the show follows the life of Jane who is a religious young Latina. She is a waitress in a hotel in Miami. Her life takes a big turn when her doctor mistakenly artificially inseminates her during her regular check-up. Jane’s mother had become pregnant with Jane unexpectedly fears that Jane would spoil her life by making a decision of bringing the baby to the full term. So, she opposes her decision but her grandmother encourages Jane to do whatever she was doing. The biological father of the baby is a married man and the new owner of the hotel where she works. The show takes its viewers on a roller coaster ride when it revealed that the father was also Jane’s teenage crush and his wife has an affair. She learns about the mistake has her own plan. The show is available on Netflix to watch.

A psychological thriller drama revolves around Carrie Mathison who believes that American Marine who was held by Al- Qaeda was turned into an enemy. He might be a risk to the national security of the nation. You can watch the show Disney plus Hotstar.

Created by David Crane and Marta Kauffman, this show was released in 1994. This show is very old but still, it is one of the best sitcoms of all time. Fans still love the six friends as they navigate their life and try to make a balance between their love and professional lives. Each friend has their own story. Be it Rachel Greene who flew from her wedding or her best friend, Monica Geller who helps her and provide a home to her. Ross, Monica’s brother has had a crush on Rachel since 9th grade and Joey is a struggling actor. Be it Chandler Bing who uses sarcasm as his coping mechanism or Phoebe Buffay, Monica’s ex-roommate. The show revolves around them and depicts romantic adventures as well as career issues. This show is available on Netflix.

Just like Friends, this show is also one of the best sitcoms of all time. This show follows the typical office workers of Dunder Mifflin where the ego clashes between them. As the show develops, employees are seen to navigate their personal lives and each character goes through personal growth. The show is available on Amazon Prime Video.

This series is based on a novel of the same name and has received numerous awards at different awards functions. The show revolves around the lives of privileged teens on the upper east side. Everyone knows Serena who is blonde and beautiful. Blair Waldorf is her best friend and Nate is Blair’s boyfriend. Nate has been acting strange and a little weird ever since Serena came back. On the other hand, Daniel is a lonely boy when no one knows. So, there is a lot going on in their lives. It would be interesting to watch as they navigate their love life with romantic adventures. You can watch the show on Netflix.

ALSO READ: All About The Pier Season 3 Release Date

This show was released on February 16, 2018. This series might sound old to you but this is the must-watch show. The show follows the students of Boring High School where Luke is a freshman. McQuaid and Tyler Bowen are his best friends. They join the A/V Club and Luke develops a crush on Kate who is Principal’s daughter. However, Kate is seen to be struggling with her sexuality. She starts dating Luke when the rumors start spreading that she is gay. This show is available on Netflix. In April 2018, Netflix canceled the show after the first season.

It would definitely not be okay if we do not talk about this show when we are talking about shows like Shameless. It is a black comedy television series based on a book of the same name. The show revolves around Sydney who is 17 years old girl and she discovers that she is different than others. Her father has died and she is upset over the fact that her mother does not talk much about his suicide. As the show develops, Sydney finds herself stuck where she fights with her sexuality and her feelings towards her best friend. Moreover, her superpower just started to affect her daily life and she does not how to stop it. This show is a must-watch for all the fans of Shameless. It is available on Netflix. Netflix canceled the show after the first season due to COVID- 19 pandemic.

13. Orange Is The New Black

Piper Chapman is a woman in her thirties who lives in New York. She is sentenced to 15 months in women’s federal prison as she was convicted of transporting a suitcase full of drug money for her girlfriend who is a drug smuggler. This incident happened 10 years ago but the sudden act of indictment resulted in disrupting her family, friends, and fiancé. In Prison, she meets her ex-girlfriend and they both start to re-examine their relationship. The show is available on Netflix.

Molly Smith Metzler created this limited series for Netflix. The show started with Alex who left her abusive boyfriend with a toddler. She gets the job of cleaning the houses. The show depicts her struggle of working in order to survive by raising a child. Moreover, she also has to deal with his abusive boyfriend and her own dysfunctional family. As stated above, the show is available on Netflix.

So, these were the list of shows to watch if you lived Shameless. Let us know if we miss any of your favorite shows in the comment box. We will be back with another article. So, for now, Happy Watching and Enjoy!

ALSO READ: 10 Shows Like How I Met Your Father