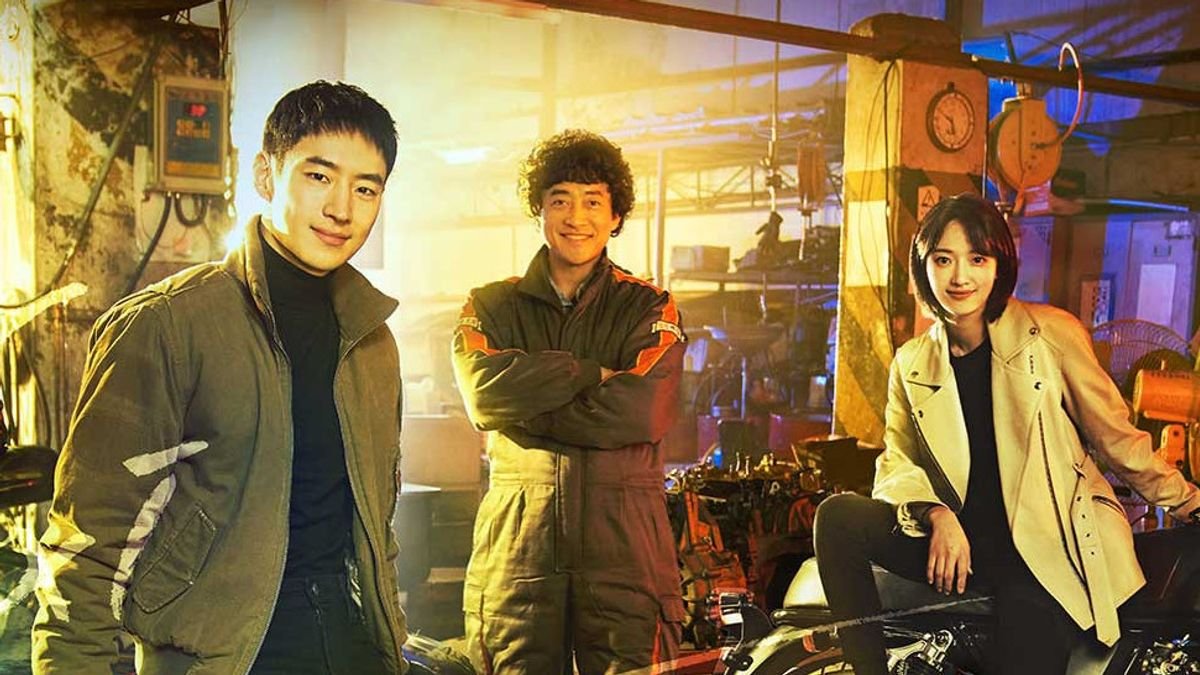 Annyeong! How are my fellow Korean fans doing? K-Dramas always win the hearts of all with the release of each new series. No matter how much or many you watch, the addiction can never leave you and once you get into it, there is no coming back. Wait, I am not scaring you guys or anything. Just telling you that if you are new to this, then Pali, start streaming now. With passing years Korea is creating more and more interesting shows which are available here, in India and you can also stream them on various platforms. So, better take my advice and start binge-watching folks.

Did you watch Taxi Driver? I am hoping you did. If not, then don’t worry I am here. Let me share with you what the drama is about.

The drama made its debut in April 2021 and completed its air by May 2021. The South Korean TV series runs for only one season with 16 episodes, runtime being 1 hr and 15 mins each. It’s one of the most-watched K-dramas since its release. The drama received a rating of 8.8 from My Drama List (MDL) and 8.2 from IMDb. The action crime drama is available on Viki Rakuten, Netflix, and Amazon Prime Videos. Based on a Web-toon I would suggest giving this one a definite watch.

Long story short, the drama narrates the life of a deluxe Taxi driver and the incident that follows. Do Gi lived an honest life but suddenly his mother gets cruelly assassinated. With blood boiling in revenge, he joins an organization that promises to kill and avenge the families whom the law couldn’t protect. Along with Do Gi, other members work together to solve the cases that the court fails to.

Interesting, isn’t it? Now I am going to share a follow-up list of a few shows which are quite similar to this one. If you haven’t watched Taxi Driver yet, then go and stream the show. But if you have already watched the show, then go and watch the below-listed series. I am quite sure you will love them all.

With only one season, the drama has only 16 episodes, runtime being 1 hr 20 mins each. Rated 8.6 by IMDb and 8.8 by MDL, this one will surely get you glued right from the first episode.

Ever heard of the phrase, ‘beauty with brains? Meet our female lead who has both. Hye Jin, a meticulous and successful dentist, gets fired when she accuses the clinic’s head doctor. The doctor was misusing his medical degree in the clinic to earn a profit. But when stopped by her, he immediately fires her to keep running his business.

With a broken heart, she leaves and reaches a seaside village. There she meets Chief Hong, a jack-of-all-trades.

Now as the series of incidents follows, their path crosses more than once. Will sparks fly? Opposite attracts, but in this case, their personality is quite similar. Kind heart, bravery, chivalry are all categories that are a big green light for these two. Watch the drama as the slice of life drama carries a strong message which can even change your life.

The series features; Shin Min-a as Yoon Hye-jin, Kim Seon-ho as Hong Du-sik, and others.

How can I not mention this!! This one is a masterpiece. This is one of the shows where Ji Soong plays the leading role. And with him as the hero, nope you definitely should not miss this!! Before moving into the plot, let me give you the cast list, which I am positive will lure you to stream now. The show follows; Ji Sung as Kang Yo-han, Park Jin-young as Kim Ga-on, Kim Min-jung as Jung Sun-ah, and certainly not the least Park Gyu-young as Yoon Soo-Hyun.

Rated 8.4 by IMDb and 8.8 by MDL, the drama follows the setting in a dystopian version, in 20th century Korea. Where the judge turns the court into a reality show, punishing the victims ruthlessly. The Head trial Judge brings in the change in this evil world. Why and how to follow to know. With 16+ episodes the series runs for 1 hr and 10 mins.

Humour, fun, law, crime, reality, mystery, romance; this series is a combination of all. Watch the game of crush and crushing as a grim incident in a prestigious foundation puts the lawyers, the professor, and his students to the test. When the professor gets involved in an unusual case, will the students be able to crack the case and save him? Or will it lead to everyone getting caught on the web?

The series has a total number of 16 episodes with runtime being 1 hr and 6 mins each. The K-drama received a rating of 8.7 from MDL and 8.1 from IMDb.

This I would suggest is a highly recommended drama from my side as well as from the side of the fans. Rated 8.4 by MDL and 7.6 by IMDb; the series has a total of 16 episodes, running 1 hr and 10 mins each.

Anyways the life of a movie subtitles translator and a sprinter’s path crosses. On the other hand, a female CEO and a painter’s life intersect. Now destiny has another note for them. Will they follow the track of their life or their heart? Start streaming to watch the beautiful romance bloom this winter.

Also rated 8.4 by MDL and 8.1 by IMDb, this should deserve a special place in your watchlist. I’m at a loss for words when I want to speak about this one in particular. The romance will ache your heart, the story will make you cry and the acting will shake your heart making it throb loudly.

The story follows the life of a girl, for whom doom was at her doorstep right from her birth. But her whole world crashed when she learned she has brain cancer. Now as she curses the world for her ill luck, the very doom in person arrives at her doorstep. With Mr. Doom at her side will she survive? Or fate or God herself has written something else for her. Even when I want to, I can’t give more than this folk. Believe me this story will stir your emotions so I am not writing any more than this!

The historical romance drama received a rating of 8.4 from MDL and an 8 from IMDb.

During the Joseon Dynasty the birth of twins was held as ominous. But the crown queen consort gives birth to twins; a son and a daughter. The higher ups order to kill the girl child. As the male child is expected to take the throne after the king. But in order to save the life of her daughter, she sent her away.

After a few years Lee Hiwi passes away and the sister is brought back by her mother. Now dressed as a prince, she is raised as the next crown prince. But what will happen when she falls in love with her teacher, who is unknown of her identity? Will the lie cost head or bravery and romance is waiting? Running for 1 hr and 10 mins each the season has a total of 20 episodes.

The series features; Rowoon as Jung Ji-woon, Park Eun-bin as Lee Hwi, Nam Yoon-su as Lee Hyun, and others.

And last on today’s list is this drama, rated 7 by IMDb and 7.5 by MDL. The thriller, mystery, drama follows the life of two women who have been loyal to her desire and the other who has lost herself for another woman. What will happen when she will meet her former self through a young woman. Watch it, to find it! The series has 16 episodes, running for 1 hr and 4 mins each. The genre of the show is revenge, thrill, mystery, and melodrama.

This covers the entire list as I said I will share. Now go and start streaming them online now. I am hopeful you will have a lovely time and a fun watch. Don’t miss these outstanding stories!

All the above-mentioned dramas are available in either of the OTT platforms. You can stream them mostly on Viki Rakuten. If you don’t find them there you will definitely get them on either Netflix or Amazon Prime Videos.

Well, that is all folks! You go enjoy all the K-dramas while I come back again with new news and updates. Bye bye!!!