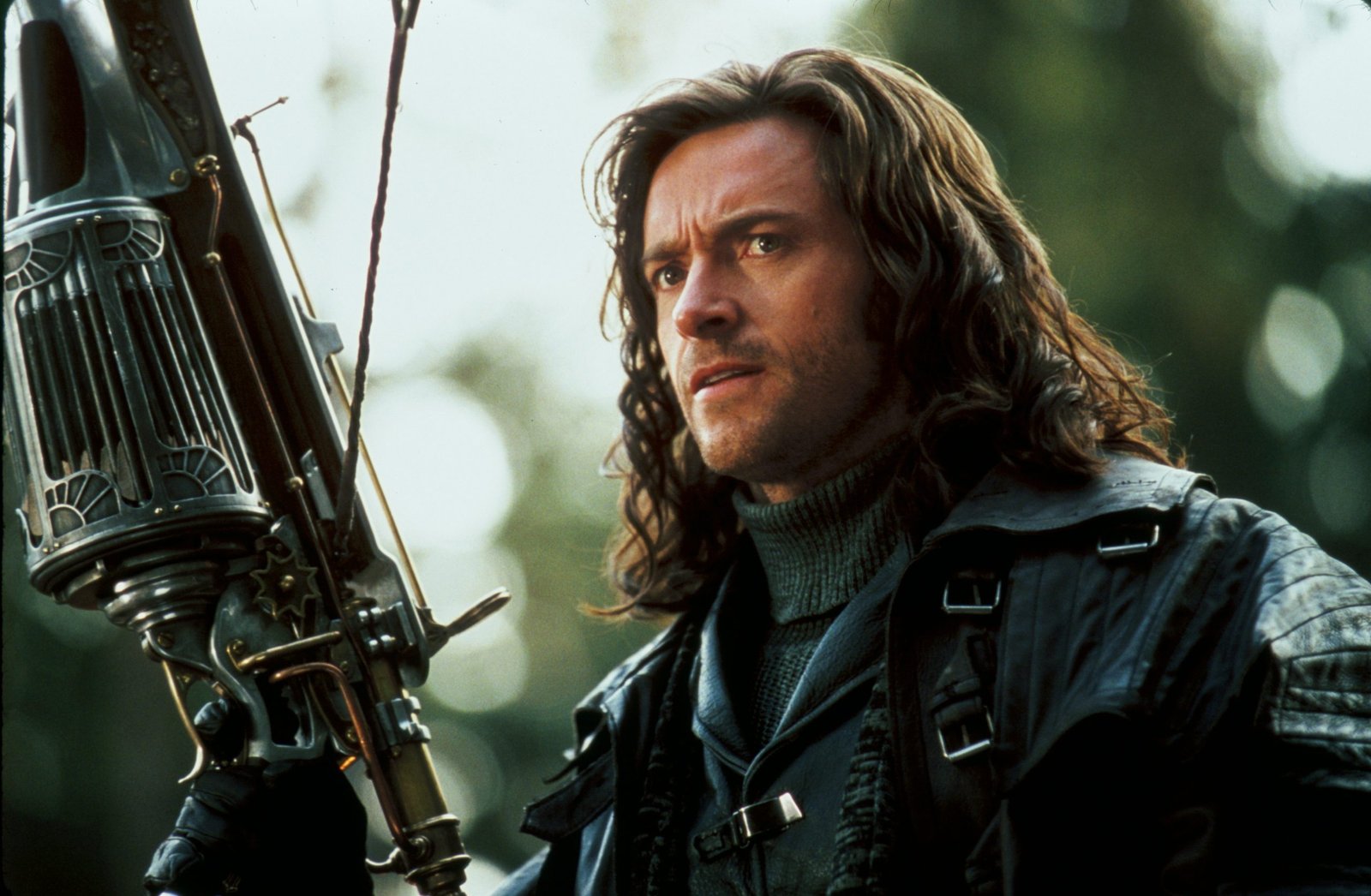 If you have finished watching Van Helsing on Netflix and still can’t get over it, this article is for you. In this article, we are going to discuss shows that resemble Van Helsing.

It is a show which follows the residents of a town where being normal is weird. The town is considered a haven for Vampires, Witches, Psychics, hitmen, and many other supernatural beings. Midnight is said to give outsiders a place to belong. The town residents try to form a very strong unlikely family and work together to ward off the supernatural beings. Also, they come together to fight against unruly bikers and questionable police officers with sketchy backgrounds. This show is full of supernatural events like in Van Helsing and will for sure intrigue your taste. You can watch the series on Amazon prime video.

It is a Turkish show but has gained a good amount of popularity because of its interesting plotline and great acting. The plot is set in Istanbul and revolves around the main character Mia who is a vampire. She wants to kill the vampire that turned her so she can return to being a human. She searches for Dmitry who was the one who turned her into a vampire after she meets him, she needs to gain his trust to be able to kill him. This show is heavily based on Vampires, even though both want to kill vampires this one has one vampire trying to kill another one.  Immortals are available to watch on Netflix

When vampires come to mind, The Vampire Diaries is always there. If you like The Vampire Diaries also then this will also be to your liking. The show is about the next generation at The Salvatore School for the Young and Gifted. The shows consist of Klaus Mikaelson’s daughter, Hope Mikaelson, and also Alaric Saltzman’s twins, Lizzie and Josie Saltzman, and many other you adults who are being nurtured to be their best in the powers they possess. This show is sure that revolves around vampires and supernatural humans. This show can be streamed on Prime Video.

Elen Michaels who is the main character leaves Stonehaven, she thought that she left the world of supernatural beings for good. But she gets a suspicious call one night from her pack leader who asks her to come back. She was working as a Photographer in Toronto as her normal life. Now she has to leave her normal life and go to the life of werewolves to protect the pack. She also gets to meet the man she was trying to forget. To make matters worse, she happens to be the only female werewolf living. This show can be streamed on Netflix.

This series was based on an IDW Comic named Wynonna Earp. It revolves around Wyatt Earp’s great-granddaughter. She is set to battle demons and other creatures. She has unique abilities by which she can fight the creatures. She also has a group of allies who help her in the battles. She is said to be the only one that can bring justice to the paranormal. As this series also revolves around a supernatural assassination theme, it’s sure good to give this series a try. You can watch this series on Netflix.

It is about a monster-hunting couple who are part of the Presidio, an organization. The organization works to protect humans from monster attacks. The couple is tasked by the organization to protect people in this small town. They have to hide their identities from the residents and also have to appear to have a normal life so they don’t be suspicious. It is hard to conceal easily as strange things are to happen in a small little town. The show was released in 2020 and is fairly new and the storyline almost is the same as they also follow saving humanity from monster’s wrath. This show can be watched on Netflix.

The main character of the series is a college student, Jack Morton. He after his mother’s death joins the Hermetic Order. It is under Blue Rose, which is a secret society that is known for teaching and practicing magic. As Jack explores more about the order, he discovers his family’s deep dark secrets, He also happens to know about an underground battle between magic practitioners and werewolves. This series was released in 2019 and is very similar to Van Helsing because both of them have fantasy characters and revolve around the supernatural theme. This can also be found on Netflix for streaming.

This show was based on the comic book named Warrior Nun Areala written by Ben Dunn. The series is about a 19-year-old who wakes up in the morgue. She observes that she has a new lease on life and also a divine artifact embedded in her back. She then discovers that she is part of the ancient order of the Cruciform Sword. The members of the orders are tasked to fight the demons on earth. She is being hunted by powerful forces from hell and heaven to control her. This series like Van Helsing revolves eradication of demons and a girl containing unique powers to fight against evil. This series is still going on and can be streamed on Netflix.

READ ALSO: We Own This City Season 2 Release Date Updates

This is also a famous series which was greatly appreciated. The story revolves around Clary who finds out that she has some special powers on her 18th birthday. After finding out, her mother is worried about Clary’s safety and she is sent to her father. After feeling betrayed by her father she returns to find out that her mother is missing. She then joins a group called Shadow Hunters being a Half angel and half-human. While trying to save her mother she discovers powers she never knew she possessed. The show is very similar to the Van Helsing and it has 3 seasons with interesting plot twists. The series can be watched on Netflix or Hulu.

Cursed is a supernatural drama that is set out in the imagination of the Arthurian legend. The series is narrated through the eyes of Nimue who has a mysterious gift and is destined to become the powerful Lady of the Lake. She finds an unexpected partner named Arthur who is on a quest of finding merlin and delivering an ancient sword to him.  In the journey, she becomes a symbol of courage and rebellion. This series has a common of a powerful lady fighting showing courage. This series can be found on Netflix and Hulu under subscription.

The series is a Victorian fantasy filled with mythological creatures. The homelands of these creatures were invaded by empires of man. Because of this, they have started coexisting with humans. They struggle to live with love and freedom. Among these series of bad happenings, a human detective tries to solve the cases. A string of awful murders makes him investigate the issue and reveal a monster in the city that no one could imagine. This series is still going on releasing a new season. It can be streamed on Prime video.

The series follows two main characters Dr. Luther Swann, and his best friend Michael Fayne. They have to face the outbreak in the society diving into opposite fractions. They have to avoid the war between Humans and Vampires. The outbreak is caused because of humans turning into vampires because of Prion which is an ancient biological infection agent. It is caused by climate change. This series is very similar to Van Helsing because of the war between humans and vampires and also climate being a reason for the riot. The series was released in 2019 and can be watched on Netflix.

In the series, it mentions that in every generation there will always be a chosen one who will alone stand against Vampires, demons, and all known forces of the dark. She is called the Slayer. In this generation, Buffy knows this tale by heart and tries to live a normal life. But she can’t escape from her destiny. Later we see that she isn’t alone and is helped by her friends, which can be hilarious and surprising seeing them all fight the evil. This is old series but has been touched till now, this show has the perfect balance of comedy and darkness to it. This can be watched now on Prime Video and Hulu.

It might be an old series, but it is a classic with 4 seasons. The plot is that 3 roommates are in their 20s and all are keeping a secret. One of them is a vampire and another one is a werewolf and the third one is a ghost. The three are supernatural beings who help each other due to the complexities of their lives trying to figure out themselves. This series can be entertaining as it has a supernatural twist to it. The series can be streamed now on Prime Video.