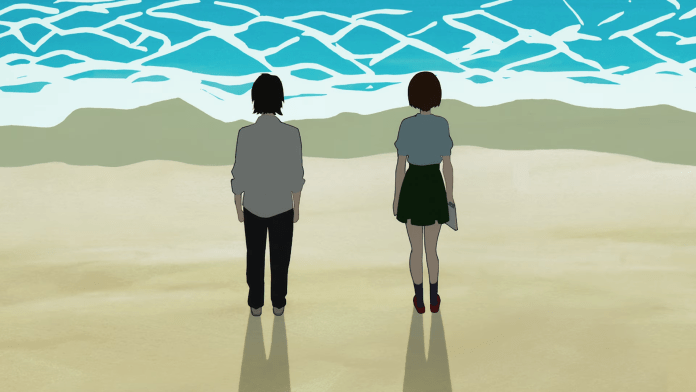 Talking about another anime series, ‘sonny boy’s is one of the best anime released in recent times. Based on science fiction and survival, this anime is proving to be a popular venture for their production house due to its unique flavor of simplicity and has also shown unnatural and different dimensions than this world too. The quality of voice in the series is truly an attention-grabbing element throughout the whole series.

The characters in the series consist of simple students like getup but some of them also possess supernatural powers, which is shown as the main reason for the conflict between the whole group and leading them to become a rebel too. The background music played in it is really very nostalgic and you’re definitely going to fantasize about it throughout your whole day after watching it .?

Overall, it is a huge success among its viewers and is definitely worthy of putting your spare time watching it. This series must definitely be watched by teenagers, youths, and adults too and it’s really a fabulous and beautifully animated anime Without any sort of extraordinary content.

The anime was aired from July 16, 2021, to the present date by madhouse studio. It had a total run of 9 episodes till now and is being aired on Tokyo MX, KBS, SUN, BS Asahi, and RAB. This popular anime series is proving to be an ideal venture for other anime productions houses too. Viewers are constantly in watch for its tenth episode. And finally, we do have information about it this time. The 10th episode will be released on 17th September 2021 at 12:30 pm.

The story of the series goes as thirty-six students of a school suddenly found to be driven into a void kind of dimension which lead to the awakening of supernatural powers in some of them. This eventually lead to a sense of detachment among the students of the group and they started to rebel against the student council who was strictly imposing their orders on them. Thai ended up of them is coming to a conclusion that they will have to follow the set of rules of this world to survive in it. One of the students decided to take a leap of faith which lead to the school being driven to another dimension again. All of them have to deal with and handle their special abilities and also will have to find out the mystery of another dimension and have to reach their respective homes back again.

Mizuho voiced by aoi Yuki has a moody personality, making him being isolated from others and avoiding interaction with any other person too. She becomes successful in awake the ability is known as “ nyamazon “ in which she can bring anything she wants through the medium of three cats.

Nagara voiced by aoi ichikawa is a third-year high school student who is fed up with his surroundings and just wants to give up his life. This behavior led him to be isolated from his friends and his family members and looking them in a cold way. It is not revealed yet which type of unique ability he has achieved while he was drifting.

Nozomi voiced by saori onishi had really a strong personality and was determined to never give up and face every and any kind of situation in life. She has a unique ability of a “compass” that allows her to see a light that tells her about her real-time location.

Asakaze voiced by chiaki Kobayashi is also a student and becomes aggressive quite a time. When he was caught while he was drifting, he violently countered the student organization’s initiative to manage the students gathered, which eventually led to turmoil. He gained a unique ability known as ‘ slow light ‘ which allows him to have control over gravity.

The trailer will not be released in episode 10 but fans are expecting more different characters with more amazing and unique abilities, which will add quite a lot of fun to the series. But as the story of the series going to date, it seems that this series is definitely going to rule the massive viewership for a significant amount, not time.