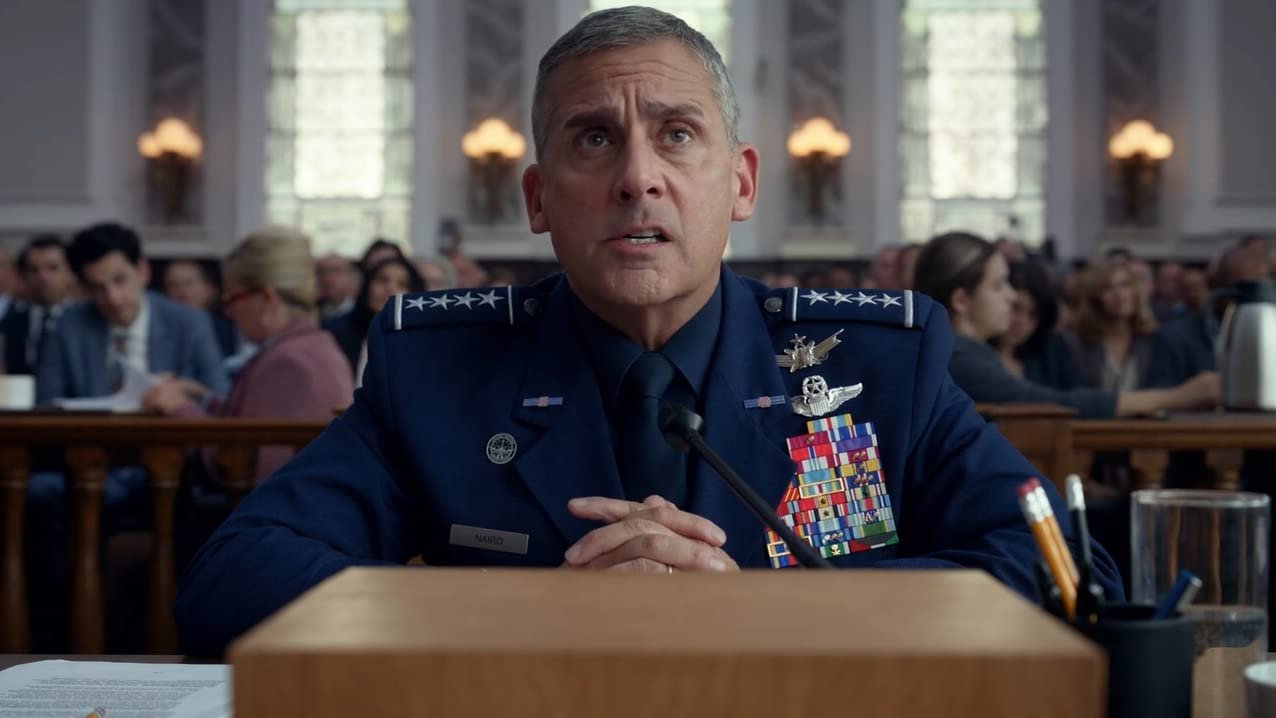 An American television series “Space Force” with the genre of comedy, workplace comedy, and military fiction created by Steve Carell and Greg Daniels is loved by the audiences. On May 29, 2020 it premiered on Netflix. Season 1 of space force ended with a total of 10 episodes. With the mixed response from the audience, creators of Space force are all set to launch season two of the show.

But its creators promised that they will make season 2 more fun than season 1.
The production of season 2 is set to take place in the major city of Western Canada, to lower the budget of the show. Luckily it has been confirmed that season 2 of space force will be aired soon by the Hollywood reporter.

If you are a fan of the space force then here is everything you should know about space force season 2.

The audience have mixed feelings that it will be released very soon in late 2021.
However, the shooting of season 2 has already begun in May 2021. The show is already wrapped. It’s announced by the cast member of Space force Ben Schwartz through his Twitter post on 3rd of July, 2021. Season one aired on Netflix after four months of shooting wrapped. So, fans were expecting season 2 to be released in early October, 2021. So, it is not released yet so the fans were expecting that it may delay due to the pandemic.

However, production hasn’t announced the release date of season 2 of space force, but still there is no confirmation of when we can expect to see the premiere of season 2. Fans can’t wait for season 2 when the whole cast came together and made another season together with more energy and made the audiences laugh.

Netflix hasn’t revealed anything about season 2 plot. Season 1 of Space force got mixed reviews from the fans, however fans want to see how the second season could be? There are more chances that season 2 will be more funnier than season 1. Just like every fan we are also waiting for the announcement for season 2 of space force.

What To Expect From Space Force Season 2?

“General Mark R. Naird” by Steve Carell, “Dr. Adrian Mallory” by John Malkovich, “F. Tony “Fuck Tony” by Ben Schwartz, “Erin Naird” by Diana Silvers, “Captain Angela Ali” by Tawny Newsome and with some more new and old characters.
Many fans are excited to see their favourite characters on the show together again.
But sadly, Fred Willard who played the character of Mark’s father passed away.
But with the amazing cast season 2 is all set to release very soon…
Just after the creators of Space force show the red flag it will all be set to air on Netflix.

There is no trailer out yet officially. But as the news says, season 2 could be released very soon. Audience of Space force have to wait a little longer for the release of season 2. Cast of season 2 has already announced that the shooting has already wrapped through their Instagram and Twitter posts.