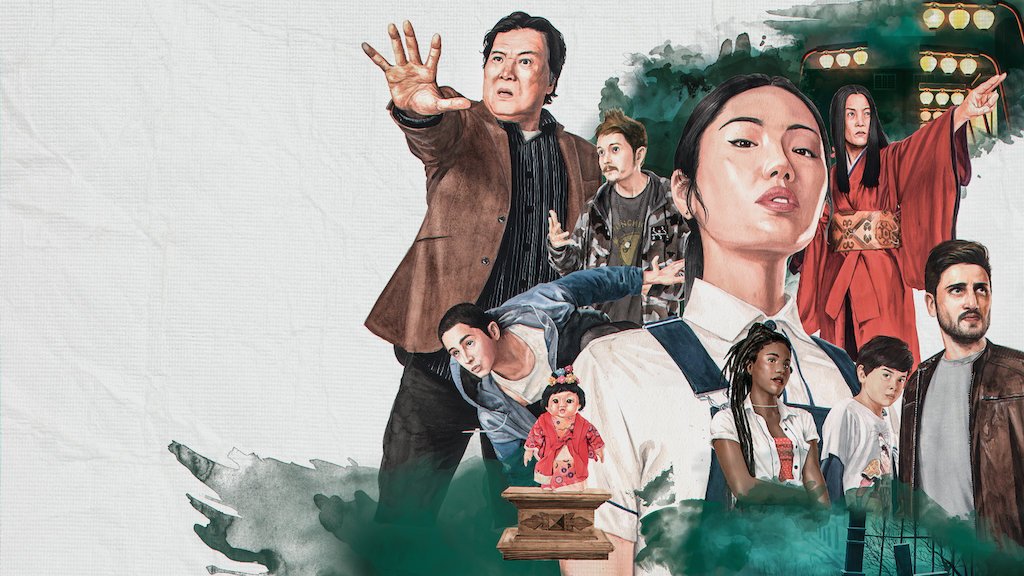 Is Spectros, Netflix’s otherworldly horror thriller, going to be renewed? Here’s everything we know about Spectros season 2 release dates, stories, and cast members. Spectros, written and directed by Douglas Petrie, portrays a gang of teenagers who become embroiled in a haunting saga after stealing a possessed porcelain doll. Season one premiered on Netflix on February 20, 2020. The Liberdade area is the setting for Spectros, a Brazilian spectacle. Mila (Cláudia Okuno), Carla (Mariana Sena), Pardal (Danilo Mesquita), Léo (Enzo Baron), and Zeka (Drop Dashi) are youngsters who must figure out why and how to stop ghosts from appearing among the living. Spectros brings its characters together for a graveyard showdown in its season one finale. The teenagers are encircled on all sides: an army of ghosts is closing in on them, and the witch Zenóbia (Miwa Yanagizawa) and the Necromancer (Norival Rizzo) are demanding the doll. Instead, the heroes resolve to smash the doll, unleashing the soul within and permanently uniting the living and the dead worlds.

Spectros season 2 has yet to be officially renewed. When it comes to renewing horror shows for second seasons, Netflix has a hit-or-miss track record. While filming for season two of the spectral thriller The Haunting Of Hill House is already complete, and occult horror The Order has been renewed for a second season, the French language drama Marianne was canceled after one season. Spectros has yet to receive a Rotten Tomatoes rating, however, it has a poor 4.8-star rating on IMDB. Fans of the show, on the other hand, have reacted positively to it on Twitter. It’s unclear whether the film’s unique cultural blend of Japanese Shinto ghosts and Brazilian witchcraft will be enough to save it. Season 2 of Spectros would most likely premiere in early 2021 if it were to be revived.

Season 2 of Spectros would have a lot to build on. As Mila points out at the conclusion, there are now permanent ghosts in Liberdade, many of whom may seek vengeance on the major protagonists. Mila, Carla, Pardal, and Léo’s interactions with these could be the center of Spectros season 2. The Bride, the ghost of a princess whose ashes transformed the haunted porcelain doll into a connection between life and death, is now free, which Spectros season 2 may wrestle with the consequences of; the living-dead status quo has been irreversibly altered. Carla’s relationship with her mother might be a highlight of Spectros season 2. Carla is the only teen remaining in Spectros season 2 who isn’t an orphan, despite her forming a found family with Mila, Pardal, and Léo. Carla never faces her concerns about this parental figure who failed her by the end of the first season, even though her mother warns her not to come back.

As the main protagonists, Okuno, Sena, Mesquita, and Barone, they would very probably return for Spectros season 2 and would almost certainly be at the center of the plot. Even Zeka, the only member of their gang who doesn’t make it through the first season, tries to reach out to Carla in the conclusion, implying that Dashi may not be dead yet. Zenóbia’s destiny is kept unresolved at the end of the finale: viewers know she would age and die without the ashes, but because this does not happen onscreen, there is still room for Yanagizawa to appear in Spectros season 2.  Although Mila’s father Celso’s (Carlos Takeshi) death appears to be definitive in the conclusion, Spectros is a program about the eroding barrier between the living and the dead, so it’s uncertain how conclusive it actually is. If Netflix agrees to greenlight a second season of this Latin American horror thriller, Spectros season 2 will go into these and other topics.

The trailer for season 2 is not yet available online, as the series’ renewal is not confirmed till now. So, you have to wait a little bit more until the series is released. Well, if you want to watch this series, you can binge-watch it on Netflix, it is available there.