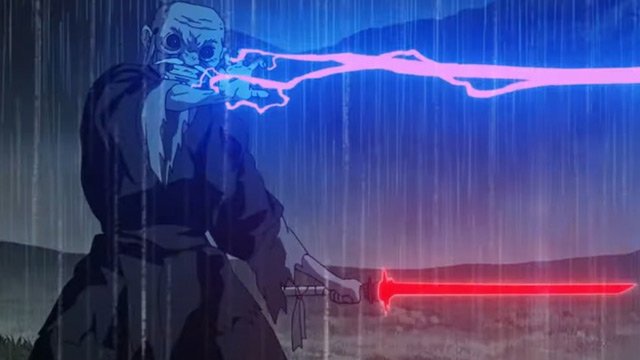 Star Wars Visions is an anime show made for the screening of the American platform Disney+. It is based on the genre of science fiction and action. The series revolves around nine short stories with each episode narrating its story inside the Star Wars universe. The animated series has been created through the eyes of the best creators. The series has been produced under the banner Lucasfilm Animation. It has been produced by Kanako Shirasaki. The series is available in two languages Japanese and English. Each episode has a duration of about 13-22 minutes. In a promotional event, the directors and producers wanted to launch the creativity of the creators in this franchise of Star Wars. The creators are known to be excellent anime makers. The makers of this show wanted the audience to watch the episodes through their creation.

Season one of the Star Wars Visions was released in the year 2021. The audience was overwhelmed to have seen the work by the amazing anime creators. It had released on Disney+Hotstar. Ever since then fans have been crazy over the nine stories and its creative animation. And the fans are eagerly waiting for the next season but will the show have its season 2?

Season 2 of the Star Wars Visions has not been renewed. The makers of this show are completely relying on the response of the fans. If they are willing to watch the next season only then the creators and makers will think about it. Even if season 2 gets renewed, its viewers will have to wait for the next 1-2 years. Creators say that these types of anime shows are very difficult to make and are time-consuming.

Season one had featured nine episodes, each episode had a different story. But since season 2 has not been renewed, the fans can expect the next part of Star Wars in the form of a Novel named Ronin-a novel vision. It will be based on the plot of ‘The Duel’. If the fans are unable to get access to the next season, they might be getting access to the rest of the sequels using other media. Sequels of certain episodes from the first season will be available to the viewers. And these sequels can lead to the release of the second season of Star Wars. Season 2 will consist of different stories with various new characters just as season 1.

• The first episode was ‘The Duel’. It is based on a samurai. The character is seen indulging in a dangerous fight in the episode. This episode recreates an old fighting scenario from the Star Wars franchise which the fans are loving. This episode is also likely to be made into a sequel in the ‘Ronin version’.

•  The second episode was ‘Tatooin Rhapsodi’. This episode has been portrayed as a rock opera. This is a musical episode.

•  The third episode was ‘The Twins’. It has been made after Episode IX. The episode portrays what had taken place right after Rey was seen defeating Palpatine.

•  The fourth episode was ‘The Village Bride’. Never in a Star Wars franchise, the fans have seen a wedding but this episode revolves around a wedding resulting in dangerous actions.

•  The fifth episode was ‘The Ninth Jedi’. The length of this episode is slightly longer than the rest. It was made after ‘The Skywalker’.

•  The sixth episode was ‘TO-B1’. This episode reminds the viewers of ‘Astro-boy’. The episode revolves around a robot named droid who acknowledges his capabilities. Such concepts are only possibly made by the Star Wars franchise.

•  The seventh episode was ‘The Elder’. The episode revolves around a Jedi and padawan coming across a foe. The storyline is similar to other Star Wars franchises.

•  The eighth episode was ‘Lop and Ocho’. This episode revolves around Ocho who is known to be the daughter of the Yakuza family in the space. She meets Lop there who is a rabbit alien.

•  The ninth episode was ‘Akakiri’. This is a love story that revolves around Jedi and a princess. The negative aspect of this episode is the mindset of Jedi. But the question remains will Jedi transform his narrow mindset of commitment or not.

This series was made into two different languages Japanese and English. Therefore, both English and Japanese voice actors have given their voices. Let’s have a look.

The English Voice Cast: In ‘The Duel’, Brian Tee gave the voice of Ronin, Lucy Liu of the Bandit leader, and Jaden Waldman of the Village Chief. In ‘Tatooine Rhapsody’, Joseph Gordon-Levitt gave the voice of Jay, Bobby Moynihan of Geezer, Temuera Morrison of Boba Fett, Marc Thompson of Lan. In ‘The Twins’, Neil Patrick Harris gave the voice of Karre, Allison Brie of Am. In ‘The Village Bride’, Karen Fukuhara gave the voice of F, Nichole Sakura of Haru, Christopher Sean of Asu, Cary-Hiroyuki Tagawa of Valco, Stephanie Sheh of Saku. In ‘The Ninth Jedi’, Kimiko Glenn played the role of Kara, Andrew Kishino of Juro, Simu Liu of Zhima, Masi Oka of Ethan, Greg Chun of Roden, Neil Kaplan of Narrator, Michael Sinterniklaas of Hen Jin. In ‘T0-B1’, Jaden Waldman gave the voice of T0-B1, Kyle Chandler of Mitaka. In ‘The Elder’, David Harbour gave the voice of Tajin, Jordan Fisher of Dan, James Hong of The Elder. In ‘Lop & Ocho’, Anna Cathcart played the role of Lop, Hiromi Dames of Ocho, Paul Nakauchi of Yasaburo, Kyle McCarley of Imperial Officer. In ‘Akakiri’, Henry Golding gave the voice of Tsubaki, Jamie Chung of Misa, George Takei of Senshuu, Keone Young of Kamahachi, Lorraine Toussaint of Masago.

There is no trailer for season 2 yet since the second season has not been renewed. But the viewers are still hooked on the first season’s trailer because of its excellent animation and graphics.

MUST-READ: Light Yagami Vs L: Who Wins? Who’s The Strongest?