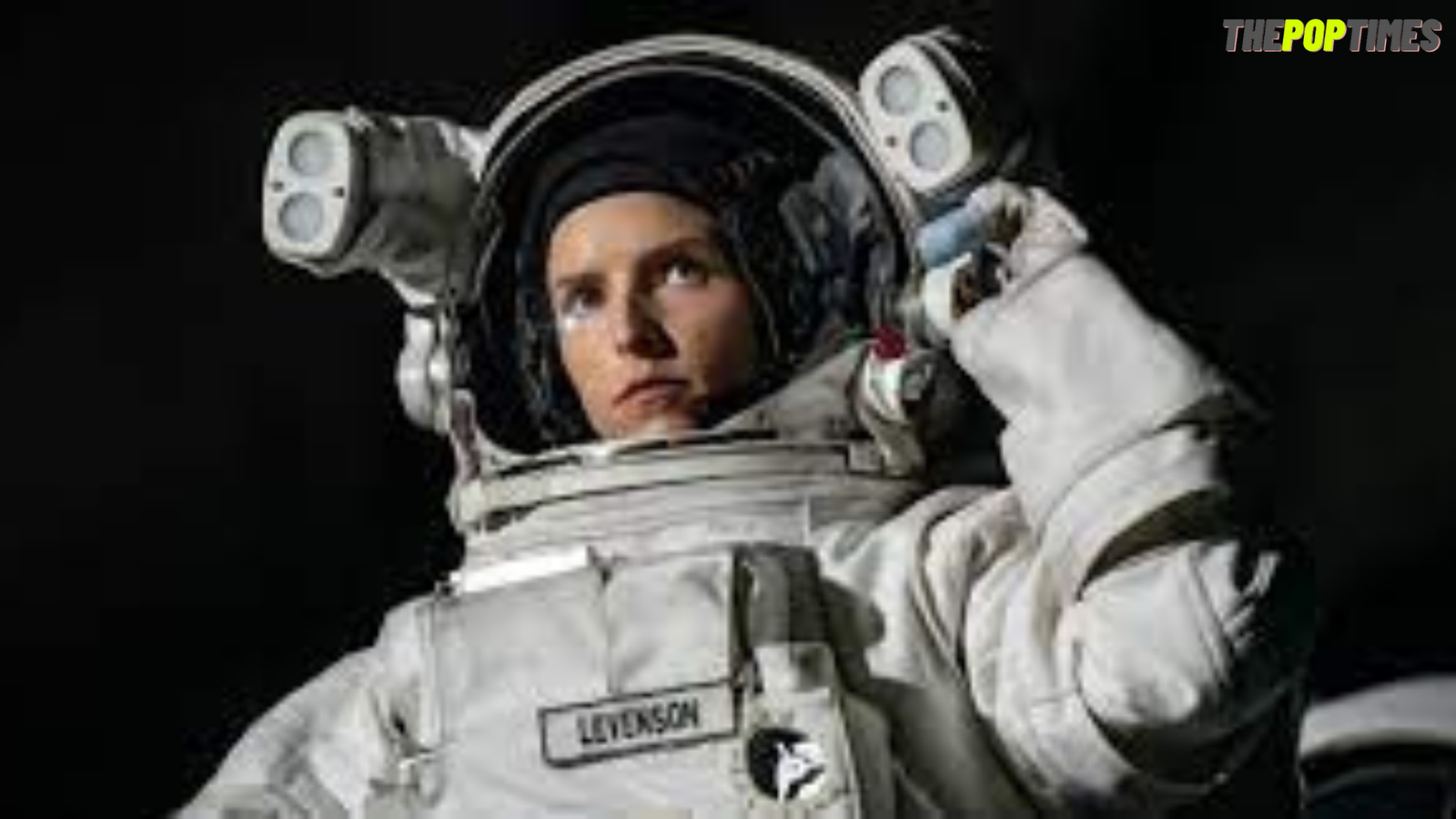 Netflix has released its new movie by the name Stowaway. And I am sure that this word will bind you with emotions in the end. What if you incidentally were working on a space shuttle and it flew away? And after you wake up from your blackout you find that you’re in space that too where only 3 people could survive? Yes we know that’s shocking.

In the first scene, we can see a space shuttle that’s going in space carrying three astronauts that are going under an extreme force. As the shuttle stops at a point where the gas cylinders have to be released we get to know that the story is about a space mission. MTS 42 the spaceship was going towards Mars to find some medical answers for the human race to survive. The three astronauts Zoe David and Barnett are the main characters that we see in the beginning. The story text and the Fourth character appears. While Barnett was walking down the space ship she found some blood on the floor, on being suspicious she opens the hatch above and found a man dropping on her arm covered in blood.

Barnett’s arm broke off and later we came to know that the man was named Michael. Zoe does the first aid of Michael and as soon as he wakes up he is in utter shock. He is surprised to find himself in a spaceship that is on a mission towards mars for the next two years. I become anxious and ask Barnett to arrange for his return on earth as he has a younger sister you have to be taken care of. Hyperion the organization responsible for the space mission tells the astronauts that Michael’s little sister is being taken care of and he has to stay on the space shuttle for the next two years.

Things become good and Michael starts to help the other three astronauts to keep up with them. But the story takes a turn and it is found that the oxygen scrubber that was tampered with while Michael fell off has been destroyed. there Less oxygen left for the four of them to survive as the MTS 42 was designed to carry only three astronauts at the time. Barnett asks David to produce oxygen with the help of the algae he has bought to the ship. As soon as David hears this he is in shock because it was his lifelong journey to research Mars so that he can find the question to his answers. Due to the current situation, Barnett asked him to do the needful and does David uses his half algae to produce about 550 oxygen supply. But that was not enough Barnett again asked him to use the rest of the algae to produce the oxygen, and things became worse as half lot of the algae was completely rott while the production of oxygen.

Now the three astronauts are in big trouble as they don’t have enough oxygen to survive they tik talk with each other and think of a solution. While the discussion came out to be in a negative way Barnett tells Zoe and David of the possibility to kill Michael as he was a burden for them and he was not skilled enough to complete the mission.

Zoe disagreed and told Barnett to seek a solution rather than killing Michael. The three astronauts decide not to tell the situation Michael as he might not have the mindset to accept the truth. Just like this 3 days passed away and there was no other solution that they could think of. They had only seven days left more before the oxygen supply it comes short for the mission. Zoe used to do the dressing of Michael’s wound, and while doing this she asked him to take off his shirt and Michael had burn scars all over his body. Michael tells how he got scars over his body while he was in his apartment and there was a fire that took place. He was only 9 years old and used to live with his whole family while his father was able to save him and his sister Eva but couldn’t manage to save himself and his mother and passed away in that burning fire.

After hearing this zoe feels extremely bad and while sitting in her sleep from she cries realizing that he will have to be killed if they couldn’t seek a solution. After a day or two, David goes to Michael with the medication that could kill him off painlessly. And told Michael everything about what has happened and how he has to kill himself to make the other three survive. After hearing this Michael went into despair he cried and made a call to her younger sister. Sitting in the most beautiful room of the ship watching the earth from far away a million things were going on in Michaels’s head. We had the medication just right next to him and he was about to kill himself but at the same moment, Zoe came in and asked Michael to stop. Zoe told him a story about how she used to do a summer job and there was an incident that changed the whole life. One day while she was watching the beach as she was the rescue lady there she saw a man drowning in the water she jumped into the sea and tried to save the man. But almost at the moment when she was about to leave his hand, a boat came in and both of them were saved.

The story brought some positivity to Michael and made him believe that even he could be saved. Then Zoe tells him about the oxygen tank that was on the other end of the spaceship. But the problem was that the distance was about 450 meters and they were never trained to do this. Sisters teaching Michael about how to climb the climb and reach the oxygen cylinders. Zoe rushes towards David and Barnett to ask for their help. She pleaded with them not to kill him and allow him to save himself.

Must Read || Fresh Fried And Crispy Release Date And Trailer Out!

There was a big twist waiting for Zoe here. David and Barnett tell her that after the algae died out there was oxygen enough only for two people to survive on the spaceship. Now there was a risk of the life of two people. Zoe and David decide to go on the other end of the spaceship and to get the oxygen cylinders. They go in the open space and this part of the movie will make the audience at their toes. Marvelous cinematography and graphics can be seen in this part of the film. Zoe and David make it to the other end and check the oxygen. Luckily there was more than 500 PS of oxygen available in the tanks that were sufficient for all four of them to complete the mission. Zoe fills up one oxygen cylinder and while filling the other one the alarms goes off. There was a solar storm that was on the way and they had only 20 minutes to reach back to the station. Leaving the second cylinder that took the first one with them. On the way back zoe lost control over the rods and exceeded her speed in space. And while landing down on the surface the first cylinder slipped off the wire and went deep into space. David soon approached from behind and took her inside the space shuttle is there was a solar storm behind them.

The four of them were at the Indus fair and thought that now their life would completely end. Although there was a getaway from this situation, there was one cylinder still left on the other end of the spaceship that could save the life of 3 people. Annoying this one has to die Michael agrees to go back in the solar storm and bring back the left oxygen. But zoe disagreed as Michael has the less technical experience and what if he might lose the left oxygen then there will be two deaths instead of one.

Zoe agrees to put her life on the line as she did not want people to get hurt. She went back in the solar storm to get the remaining off-season and she comes back successfully. She dropped the remaining oxygen into the space shuttle and sat on the edge of the roof watching the small Earth from far away. The solar storm made her burn and she happily sacrificed herself to save the other 3. The last scene had her annotation when she first introduced herself to the movie, about how getting selected for this mission might change her life. And the story comes to an end.

How did Michael end up in the spaceship, And why did zoe killed herself instead of David and Barnett even when they both had the technical experience?

The answer is simple Michael wanted to be the part of the program and might have purposely put himself in such a situation where he ended up in space, but it could also be possible that he might have been working there and the ship went on suddenly leaving him stuck in the shuttle. And Zoe was another good soul who couldn’t see people getting hurt, as seen from the start she fought for Michael and her character always wanted others to be happy, thus she sacrificed herself to save the others.

Must Read || Is Panic Season 2 Release Date On Its Way?