Stranger things season 4 was expected to bring the character of Dr. Martin Brenner played by Mathew Modine who worked as the head scientist at Hawkins National Laboratory who was experimenting on children under eleven which also included Eleven(Millie Bobby Brown).
On Thursday trailer was released. The trailer was 1-minute long which depicts some kids in a playroom all dresses up in the same dress as we have seen Eleven in season 1.Alk the toys each denoting a number for a single child. Then after this Modine walked back into the toy room. Here we have every detail regarding The Stranger Things Explained Trailer, Release date and other details.

Stranger Things season 4 trailer started with Brenner daying Good Morning children and as the trailer started there was a toy room scene in which all the kids were playing. Then all the children responded Good Morning Papa and then Brenner asked them How are you doing today and then the children replied Good Papa. Brenner then did That’s Good because I have something special planned for you all today. Now when the. Camera movies there was a panting sound behind in which Brenner was panting on the door having nameplate 11.

Well in This new teaser of The Stranger Things Season 4 is hows actually Brenner was somewhere showcasing his child Eleven’s abilities at Hawkins Laboratory with other kids over there.And after this a flashback scene of Eleven’s face was shown a bit this shows Brenner was returning back.

Well, let me remind you that in the season 1 finale episode Brenner was killed by Demogorgon. But one HNL former worker revealed that he is still alive. Brenner once said in an interview too that he found it quite interesting that fans are so much eager to know about Dr.Brenner?Did Demogorgon kill him actually?

Also, the creator of the show Duffer Brothers stated once until and unless you see the body the character is still alive. And all the viewers are familiar with the fact that Dr. Brenner’s body was not shown till yet. So till now, we need to wait for the release of season 4 so that all the unanswered questions can be answered.

Well in This new teaser of The Stranger Things Season 4 is hows actually Brenner was somewhere showcasing his child Eleven’s abilities at Hawkins Laboratory with other kids over there. And after this, a flashback scene of Eleven’s face was shown a bit this shows Brenner was returning back. You can watch the teaser below.

As of now, there are no official announcements regarding the release dates.
But as we all know the filming has been postponed due to pandemic and now it came into the process. Finn Wolfard who was playing the role of Mike Wheeler once said in an interview that fans need to wait till 2022 for the release of official updates. The filming will be completed at the end of summer 2021.

There was a slight twist in the plot expected as Jim Hooper the detective who somewhere appeared and has been killed in the third season. But it was revealed in the teaser that he is still alive. But there are no official plot details of season 4 but all the points joined through the teaser released can conclude that this season is going to appear more exciting, dark, and full of suspense.

Must Read: Will There Be A Season 2 For Traitors? 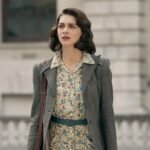 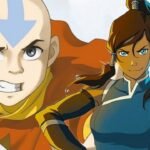