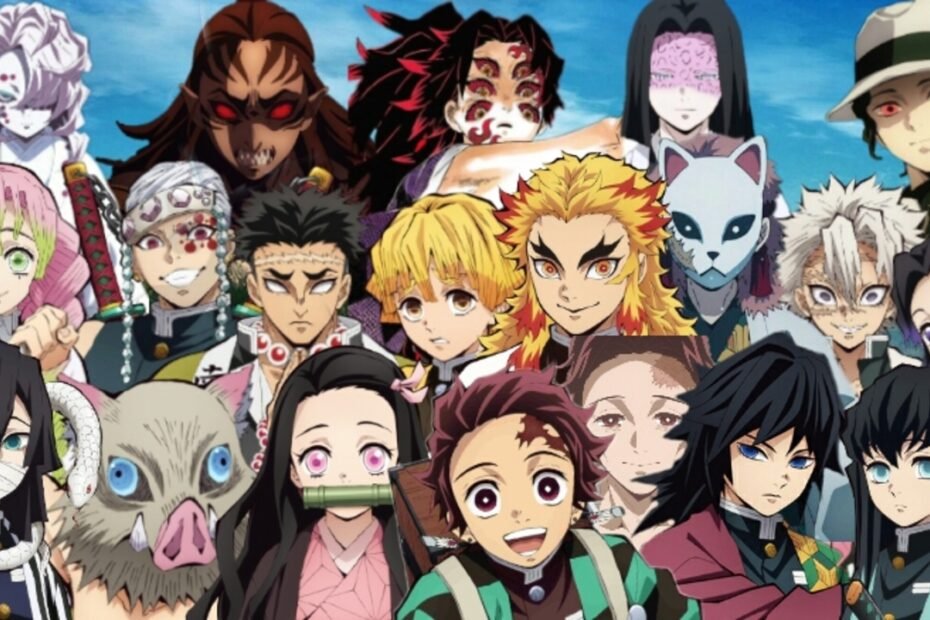 If you have ever heard about anime, I am sure you have heard about Demon Slayer. It is like Naruto, everyone knows it, the same way most people know Demon Slayer anime and also manga. After you have been enticed into an emotional and gripping story. The beauty of the plot is that it is structured and is well associated with each other. Each fighting style is explained and made every character unique with a unique fighting style.

In demon slayer, if you have read manga, it shows the incredible powers of swordsmen with-hold, it is achievable because of Breathing skills. The top 10 strongest breathing skills are explained here in this article.

Breathing of the Sun

This breathing style was only seen in manga and is yet to be shown in anime. It is one of the five original styles that originated from Sun breathing. It is considered to have five known forms which are mastered by Stone Hashira Gyomei Jimejima. Even though they weren’t developed, he mastered them. The advantage that he possesses is that he is blind from the birth which makes it easy to connect with the earth and master this breathing style

Stone breathing has five techniques that use the earth and stone as inspiration and the solid ground for steadier attacks. It was considered powerful without even the Gyomei as the user, but due to its uniqueness, it’s tough to master this breathing style. This style mostly depends on meditative techniques where he should focus on his mind and body.

The primary user of this breathing style was the most renowned Hashira Kyojuro Rengoku. The real power of Rengoku was shown in the movie of Demon Slayer: Kitmetsy no Yaiba: Mugen Train Movie. Even though we didn’t see much of his power in anime, the movie did justice to his powers.

This breathing has a total of 9 techniques. The 9th technique is a specialty that is possessed by only the Demon Slayer family of Rengoku. This breathing style uses the movement of flames and the ability of the user to execute intense and burning strikes. For mastering this breathing style you should be able to visualize flames while employing Nichirin Katana. Being able to visualize and manipulate the flames is the key. Lover Breathing was created using Flame breathing as the base and was developed by Mitsui Kanroji who was another famous Hashira for better use of her muscles.

This breathing is another important breathing style that is developed from sun breathing forms. Zenit Agstsuma explains it as a stranthing course through muscles and Blood vessels in between the legs.

Its total has 7 forms which are not shown now. In anime, fans were able to see its only one form, Zenitsu while mastering its first form Thunder-Clap and Flash. He developed 3 variations of this breathing style called Sixfold, Eightfold and Seventh forms which were only shown in a manga called Honoikazuchi no Kami. This breathing technique takes advantage of the user’s speed and power while focusing on striking precision.

Muichiro Tokito is a descendant of the Upper Rank One demon Kokushibo and the Hashira’s youngest member. After only two months of training, he achieved Hashira rank. After a cloud of bewilderment is formed.

Mist Breathing mimics how the mists obscure and enables quick attacks. Mist Breathing is divided into six types, with a seventh invented by Muichiro. A sub-style of Wind Breathing is Mist Breathing. Obscuring Clouds, the eighth form of Mist Breathing, is the most powerful since it disorients, defends with a mist envelope, and strikes in the blink of an eye. The seventh form is not only disorienting but also creates a sound that will defend your enemy.

Yosuke Hashibira invented Beast Breathing from Wind Breathing and is the only one who uses it. This approach is designed to be surprising and raw. since it mimics how wild creatures move in nature. It features ten “fangs” sometimes known as forms, that let Inosuke visualize various claw-like cuts.

Yosuke developed the Beast Breathing method while living in the highlands along with boars. He seemed to be an unstable guy who utilized the method to become wild when battling demons, but he also needed an exceptional sense of touch to be in sync with animalistic senses. This is demonstrated in his fight against Enmu in the Demon Slayer film.

Shinobu Kocho employs Insect Breathing, a variation on Water and Flower Breathing. Shinobu devised this approach to imitate dangerous insect bites and motions. Her sword is notoriously slender, having a needlepoint that functions as a stinger to inject Wisteria poison into monsters.

Butterfly Dance, Bee Sting Dance, Dragonfly Dance, and Centipede Dance are four different approaches. Shinobu mimics the motions of butterflies, dragonflies, and centipedes, as well as the sting and speed of bees, to behead her demon opponents.

The contemporary Wind Hashira specializes in another direct derivation of Sun Breathing, Sanemi Shinazugawa. Beast Breathing is derived from Wind Breathing, therefore this is the foundation method for what Insuke Hashibira finally builds with a fine-tuned sense of touch.

There are nine varieties, ranging from the most basic dash and slash to Gale-Sudden Gusts, one of the most powerful abilities. Wind For most offensive approaches, breathing simulates tornadoes and other whirlwinds.

Tengen Uzui’s Sound Breathing has yet to be seen by anime viewers, but being a Hashira, it goes without saying that his technique would need to be formidable to win him a seat among the best demon slayers. Tengen, as a person, adds extra vigor to the breathing method because of his accurate understanding of his opponents’ moves.

Sound Breathing is evolved from Thunder Breathing and is intended to confuse the adversary by the loudness of the user’s motions. It possesses five methods, although only three of them are exposed in Demon Slayer, including the First Form: Roar, the Fourth Form: Constant Resounding Slashes, and the Fifth Form: String Performance. Tengen and his enormous, explosive Nichirin Katanas are the only ones who can utilize them. No one had ever survived combat against Tengen’s Sound Breathing method until he faced the Upper-Rank Six.

If you have read through all the breathing styles and haven’t yet started anime or manga of Demon Slayer what are you waiting for? This as you can see has a very interesting and intriguing plot. Along with the plot, they have very good fight scenes.

Even though the manga is in black and wight, the fights are shown properly and everything which is intercollected is explained properly. The story holds depth if you read Demon Slayer and get to know the character and the different fighting styles of characters in detail. Reading can be somewhat tiring but it is worth it.

Demon Slayer has obtained its position because of its perfect artwork and also attractive and addictive story. It does a great job in involving the manga reads and puts on edge of the toes at the end of every episode release. Mange readers are always for the next episodes. If you are unable to wait for anime and want to know what happens next then pick up the manga and read it. It is available on many sites online with English translations. There are even colored versions available for people who don’t like it in black and white. Demon Slayer is a common anime or manga that every anime lover has read or seen.

There are anime, movies, and Manga in this series. If you have just seen anime or movies, it’s hight recommended to read the manga. Even though some people can’t read but give it a try once cause you will be addicted for sure.