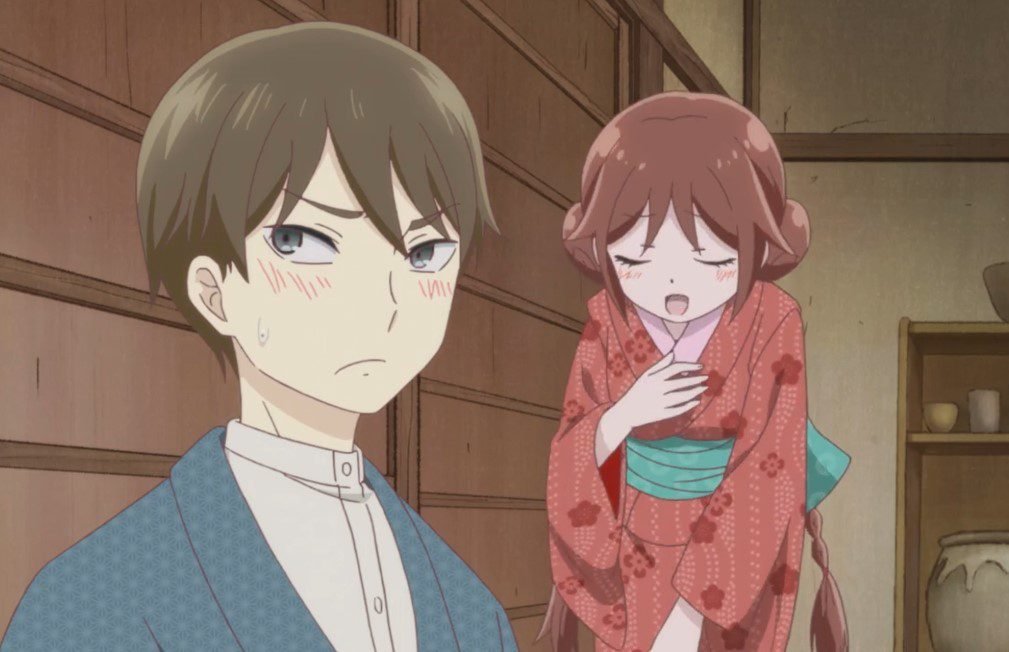 The anime series Taishou Otome Otogibanashi is based in the early 20th century and it tells a simplistic yet beautiful story that deals with love and what it actually means. The series deals with serious elements as well such as depression, social isolation, and how it can affect an individual. However, the main aspect of this series is its wholesomeness which can make its viewer’s heart melt. The main couple is adorable and the series carries a deep message in a very simplistic manner making it one of the best seasonal romantic anime of this year.

The 5th episode of Taishou Otome Otogibanashi is expected to release on 6th November 2021. Fans are eagerly waiting to see in which direction the story of Yuzuki and Tamahiko will proceed.

Life is like a big maze, you never know where the next turn will take you and there is no possible way to know what direction will provide the best way possible. So all a person can do is to keep moving forward doing their best and hoping for the best. We get to see the life of such a person whose fate has really played a nasty game against him and how he pulls himself out of it in this wholesome sweet anime series. The plot revolves around Tamahiko Shima who is currently 17 years old young lad. However, Tamahiko is in no way an ordinary guy he is born in the highly prestigious family of Shima in Meiji 38. The family of Shima is a well-known prosperous family, who is respected by all and is highly regarded. The family has no issues whether it comes to the economy, social, or any other aspect. Tamahiko being born in the powerful wealthy family of Shima was blessed with immeasurable fortune ever since his birth. From the day he was born, he didn’t even slightly saw the face of poverty. Ever since he was a child he was extremely loved and nurtured by his family members. Tamahiko’s life was peaceful and filled with bliss until tragedy struck him that snatched away almost everything from him. An accident took away his mother from him and as well as crippled his dominant hand. This incident had a massive impact on Tamahiko’s life as he was left with nothing at that point. He became depressed and gradually fell into a dark spiral hole of despair where nothing but hopelessness and darkness surrounded him.

Things became worse for him when his own family cast him aside and abandoned him to live on his own. His own father cast him far away since he became handicapped which might bring shame to the name of the prestigious Shima family. Tamahiko was later codenamed to live an isolated life far away from his family in the countryside. At this point, Tamahiko was already lost in the dark clouds of despair and prepared himself to live a lonesome isolated life far away from his family and die by himself only. He was mentally prepared to live a lonely life but things took a massive turn when a 14-year-old girl named Yuzuki Tachibana appeared in front of his doorsteps. She claimed that she was supposedly sent there to be Tamahiko’s bride by his father. His father purchased her ¥200,000 so that she could be Tamahiko’s bride. Tamahiko was extremely confused and clueless regarding Yuzuki’s sudden appearance and her claims. He strictly opposed the idea of having Yuzuki as his bride since he already made up his mind to live a lonesome life all by himself. Nevertheless, Yuzuki started living with Tamahiko and it made a far more deep impact than Tamahiko actually expected. Yuzuki is an enthusiastic kind-hearted girl who liked Tamahiko a lot. She is a caring and responsible girl and despite Tamahiko’s reluctance she insisted on taking care of Tamahiko as well as other household works and started acting like a caring wife. This enthusiasm and gentle side of Yuzuki exposed Tamahiko to a softer side which he never encountered before. The series then proceeds and we get so a wholesome sweet bond being created between Tamahiko and Yuzuki as their chemistry grows and their lives intertwine with each other.

Tamahiko Shima- Japanese voice actor Yuusuke Kobayashi plays the role of Tamahiko in the anime series. He is widely popular for his roles such as Senkuu from Dr. Stone, Arthur from Fire Force, Subaru from the Re-Zero series, and many more.

You can watch the whole previous seasons here on Funimation.