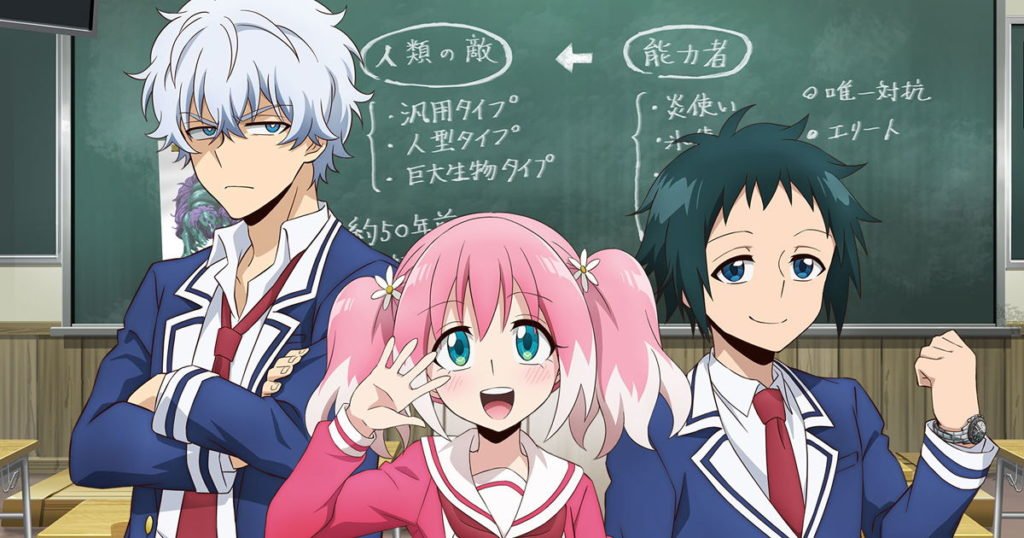 Wondering when will Talentless Nana Season 2 Release Date be out? Well, Written by Looseboy, the manga from which the anime is adapted has 8 volumes. The anime has earned quite a lot of popularity since its release. What has made this anime stand out a little bit is the plot and the way it’s been executed.

Though seemed like a usual action anime at first the series actually goes a lot deeper and is wrapped with turns and twists that make the flow of the story a rollercoaster ride for the viewer. However, some aspects aren’t unprecedented but still, it’s a pretty watchable anime. As of now, the anime has only 1 season with 13 episodes. Here are all the details we know about the Talentless Nana Season 2 Release Date.

Release Date and other information- The 1st season of Talentless Nana has left the viewers on a cliffhanger and with tons of unanswered questions. So it can be hoped the next installment will release soon to conclude the ongoing story. The second season is expected to release in 2023. Till now there is no information available regarding this.

Set in a supernatural world, the plot is filled with twists and turns. It sets off with a usual set of action supernatural anime but it gradually unwraps the true dark nature of the plot as it navigates through the story. At first, we get to see a world infested with horrifying creatures with blood-shivering looks. They appeared outta nowhere 50 years before the events of the main story and started wreaking havoc all over the world and they got marked as the “enemies of humanity”.

These grotesque creatures knew no bounds. In order to eradicate this threat, humans started relying on ‘Talents’. ‘Talents’ in the series are teenagers with supernatural abilities. Abilities like pyrokinesis or time travel, now these abilities are apparently powerful enough to deal with these threats. However not every teenager is ‘Talents’ or at least not a powerful one so they are sent to an academy which is located on a secluded island.

In the academy, aspiring ‘Talents’ are trained hard and taught the ways to use their supernatural power in the most efficient way possible while in combat with those threats. Students there work hard to improve their skills in order to prevent the creatures that lurk around and pose a threat to humans from harming more people. The story follows Nanao Nakijima, a member of the academy who is there to improve his skills as well. But the catch here is that he belongs to the rare category of having no ‘talent’ whatsoever. Despite being a teenager, he has no ‘talent’ which made him an outcast in his own academy.

As he is of the rare type of having no ‘talent’ he belonged to the minority and he was the only one like that there as he is surrounded by teenagers in the academy where all the teenagers are apparently ‘talented’. Despite being ostracized, and discriminated against, he kept on grinding to achieve his goal of completing his full training. Things started to take a turn when Kyouya Onodera and Nana Hiiragi, joined the class. Kyouka is a discreet guy who avoids interaction with other students as much as he can. He even keeps his ‘talent’ a secret. However, it is later revealed that his actual talent is ‘immortality’.

His straightforward attitude toward others leaves a negative impression on him. People even consider him to be a delinquent. Nana on the side at first appears to be an extrovert, filled with enthusiasm. She is talkative and knows how to interact with people. And according to her, she has the ‘talent’ of reading people’s minds. But things started to go downhill when people started disappearing from the academy all of a sudden which created an ambiance of chaos throughout the academy.

Nanao– Hiro Shimoma provides the voice for Nanao in the anime series. He is from Tokyo, Japan was born on Apr 21, 1980. He is also known by the names such as Shimocchi, Hirotan , and Shimonnu. From 2012-15, under the Seyiuu category, he was named Best Karaage-NIST four times. His notable roles are as Dabi from My Hero Academia, Takuma from Aura Crying series, Yoshii from Baka to Test series, Aoba from Durarara, etc.

Nana- Rumi Okubo provides the voice of Nana in the anime series. She is a Japanese actress from the Ehime Prefecture. And her birthday is on September 27, 1989. She won an award under the “Best Newcomer “Category at the 7th Seiyuu Awards. Her popular roles are Chinatsu Yoshikawa in YuruYuri, Emilia Hermit in Hundred, Astolfo in Fate/Apocrypha, etc.

Kyouka- The Japanese voice of Kyouka is provided by Yûichi Nakamura. He is a Japanese voice actor from Takamatsu, Japan. He is also a YouTuber. His unique voice filled with clarity and calmness makes it stand out more. He is a well-known voice artist and has a huge fan base. Some of his notable roles are as Bruno Bucciarati in JoJo’s Bizarre Adventure: Golden Wind, Tetsurō Kuroo in Haikyuu!!, Reinhard Van Astrea in Re:Zero, Satoru Gojo in Jujutsu Kaisen etc.

Till now there is no information regarding the second season so we cannot say anything about the matter of characters. Maybe the makers whenever will come, there are some new characters in the show.

The anime is available on Funimation to watch.

The animal was popular, and it got 7 ratings out of 10 on IMDb. You can check the analytical data below:

No, it is an ongoing manga series.

How many seasons are there for Talentless Nana?

Till now only one season of Talentless Nana has been released.

How many total episodes are there in Talentless Nana?

A total of 13 episodes are there in Talentless Nana.

Where I can watch Talentless Nana Season 1?

You can watch it on Funimation.

Will there be Talentless Nana Season 2?

Till now there is no information regarding this.