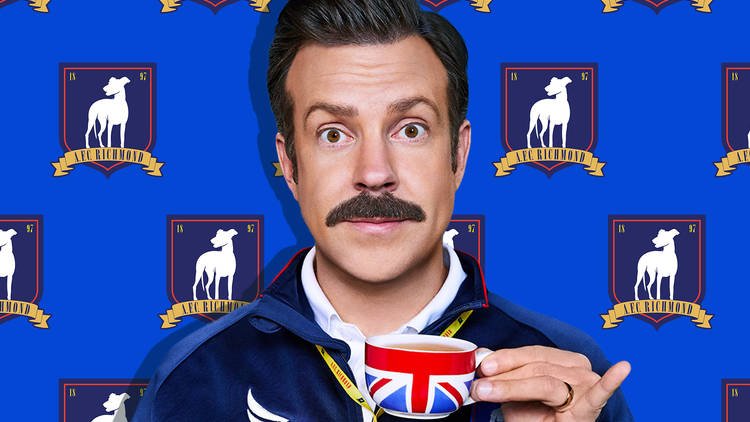 It is an American sports comedy series created by Jason Sudeikis, Bill Lawrence, Joe Kelly, and Brendan Hunt. It didn’t take long for the series to make its impact on the viewers. It received a lot of praise from the audience as it was nominated for 20 Emmy Awards in which Hannah, Brett, and Sudeikis won the awards for their performances in the show. Sudeikis even won Golden Globe Award for best actor and the Screen Actors Guild Award for the best actor in a comedy series.

Keri Lumm of Paste Magazine said that Ted Lasso is the Hero America needs after season one was released. In March 2021, Bill revealed that the merchandise would be sold. It includes T-shirts, pillows, mugs, football jerseys, and many more and it came into the market in June 2021. Each episode of 40-45 minutes proves to be fun and entertaining and it can distract your mind. Since season one was highly appreciated, the expectations were pretty high from season two. Season 2 met our expectations as it gained 98% of the rating on rotten tomatoes.

The first episode of the first season was aired on August 14, 2020, with 10 episodes, and the last episode was aired on October 2, 2020. The second season was aired between July 23, 2021, and October 8, 2021, with 12 episodes. The third season was announced by Apple TV+ on October 2020 but filming has not started yet. The date has not been confirmed yet although there is a high chance for season 3 to air anytime around the fall of 2022. Fans are eagerly waiting to see how the story develops in season three. We can do nothing except wait for the official announcement.

This series revolves around Ted Lasoo who is hired by AFC Richmond as a coach for the English soccer team without having any experience. In season 1, Ted is seen to be fighting with his inexperience and the team doesn’t really trust him. How can they see him as their coach who recently learned that soccer is played in two halves but he is seen to be eager to learn? On the other hand, there is Rebecca, who is divorced. His ex-husband used to play this game.

To annoy him, she wants to destroy the team along with Higgins but both came across Ted’s idea of coaching and dropped the idea to ruin the team. This season ends with the team using Lasso’s Special surprising Ted. Ted uses the loss to encourage the team and tell them to be like goldfish. Later, he gives his resignation later to Rebecca but it was revealed that she has better plans for him and herself.

The second season starts with Richmond hiring a sports psychologist to help Dani to recover from his yips. This season shows the vulnerable side of all the characters and brings out their depth research of them. Nate decides to celebrate his parent’s anniversary. For this, he wants to book the window side seat in their favorite restaurant but fails. Ted suffers from a panic attack and immediately leaves the field. He asked for help from a psychologist and Richmond continues to suffer as they lose the match against Manchester City. Rebecca’s father died and the team attends the funeral. She spends some time with her mother looking at the old pictures.

Ted Lasso Season 3 release date has not been confirmed yet, so we can only tell you about the story once the show has premiered. Till then, we can not say a word regarding the story of this season.

Jason Sudeikis will be seen as Ted Lasso who is an American Football coach. He is a coach to AFC Richmond. Rebecca Welton will be played by Hannah Waddingham. She is the new owner of AFC Richmond. She hates the English soccer team as her ex-husband used to play this. Leslie Higgins, played by Jeremy Swift, is helping Welton to ruin the team but later loved the way of Ted’s coaching.

Brett Goldstein played Roy Kent who won the Champions League. Jamie Tartt played by Phil Dunster played for AFC Richmond. Keeley Jones is a model and Dr. Sharon Fieldstone is a sport Psychologist played by Juno Temple and Sarah Niles respectively. Nick Mohammed played Nathan Shelley who is the team’s former kit manager. He turned assistant coach and lacks confidence but knows a lot. However, the cast of season 3 is not revealed yet.

Season 3 is not available to watch as of now but watch the previous seasons here on Apple+tv.

READ MORE: The Mentalist Season 8 Release Date And Other Updates!