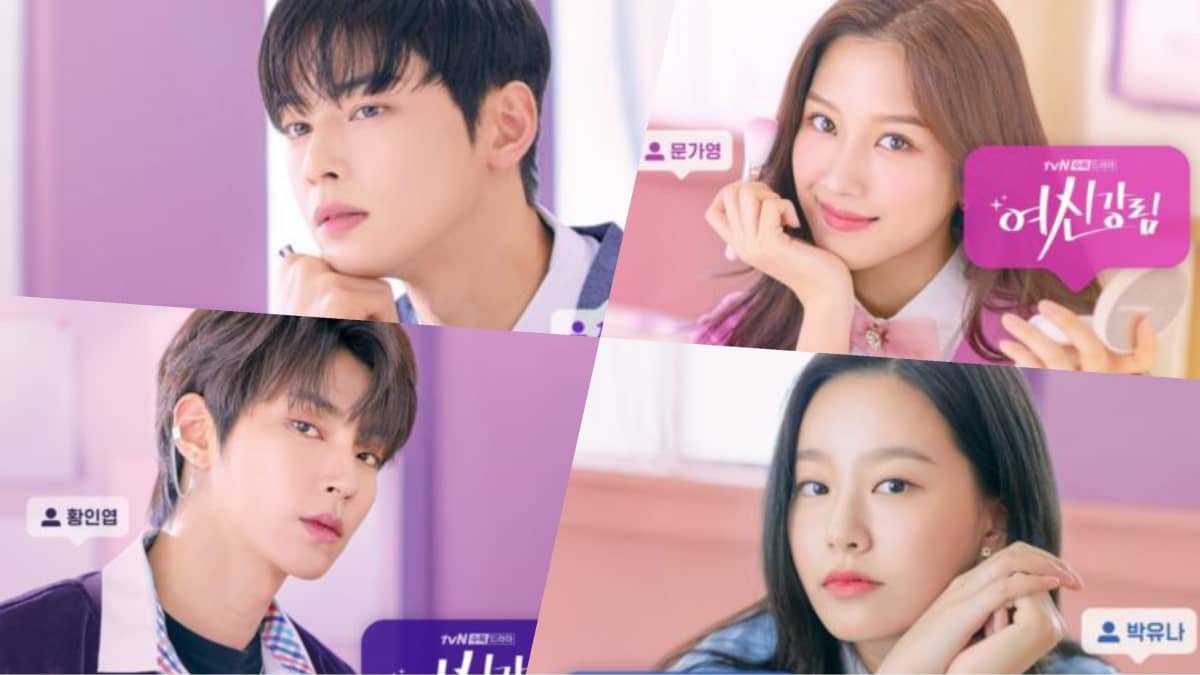 Returning to school brings with it feelings of anticipation, nervousness, enthusiasm, and even apprehension. It’s a roller coaster of emotions, and with everything going on in the globe right now, it’s more intimidating than ever. If you’re looking for some K-dramas to watch to get away from the worries and stress of school, here’s a list of Ten Best High School K-Drama.

Oh, Ah Ran is the daughter of Jo Gang Ja (Kim Hee Sun) (Kim Yoo Jung). Gang Ja was renowned in high school for being a fighter, so she’s confident that she’ll be able to find out who is bullying her daughter. “Angry Mom” is a high school Korean drama that will appeal to people of all ages. It not only depicts the negative consequences of bullying but also demonstrates a mother’s unwavering and unconditional love for her daughter. It’s heartwarming to witness Gang Ja go to such tremendous lengths to safeguard her daughter.

A mobile app is being developed to tell you if someone within 10 meters of you likes you. When someone likes you, the alarm goes off, but it doesn’t tell who it is. Kim Jo Jo (Kim So Hyun) finds herself in an awkward scenario with two boys and must decide whether or not to download the app. If you enjoy tangled love triangles and a lot of emotional high school drama, “Love Alarm” will undoubtedly take you on an emotional rollercoaster. It’s filled with angst, heartbreak, and huge emotions. Not to mention, Kim So Hyun is a natural at portraying adolescent characters, and she excels as the feisty and self-assured Kim Jo Jo.

Seo In Guk portrays Yoon Yoon Jae, a high school student who has loved his childhood buddy and neighbor Sung Shi Won (Jung Eun Ji) since they were children. Despite their sibling-like bond, Yoon Jae’s sentiments grow stronger as they progress through high school, and he realizes that all he wants is to be with her.

Choi Joon Woo (Ong Seong Wu) is expelled from his previous high school, forcing him to transfer to a new one. Yoo Soo Bin (Kim Hyang Gi), a new student with a strange past, is introduced to him at this new school. Against her better judgment, she finds methods to spend time with Joon Woo and discovers that there is more to him than meets the eye. Both of them begin to have a deep affection for one another.

Go Nam Soon and Park Heung Soo are two high school students who must deal with high school drama. They have to deal with the pressures of achieving high grades, bullying, maintaining a decent reputation, and peer pressure from joining the wrong crowd. Nam Soon is elected as a class president, but he soon finds out that himself dealing with a lot of tension from some of the school’s students.

Lee Seul Bi, played by Kim Sae Ron, is an angel from heaven who protects humanity. She wakes up after a vehicle accident to discover that Woo Hyun (Nam Woo Hyun) can see her and that she has transformed into a human. She goes in with Woo Hyun and ends up attending his school, where she learns firsthand about the trials of being human. She’s also in the thick of a love triangle.

“Best Mistake” stars Kang Yool as Ji Hyun Ho and Lee Eun Jae as Kim Yeon Doo in a web drama. The plot begins with Yeon Doo sharing a photo of Hyun Ho on her social media account by accident in order to ward off a stalker. When Hyun Ho discovers the truth, he confronts Eun Jae, and their love/hate relationship begins.

Kang Yeon Doo, played by Jung Eun Ji, is a passionate girl who leads her school’s street dancing group. Kim Yeol is played by Lee Won Geun, who is the head of a club comprised of the school’s top pupils. Both groups are obliged to join forces and form a cheerleading squad. At initially, the members clash, but as they learn more about one another, they become closer and some even develop intense affections for one another.

Eun Dan Oh (Kim Hye Yoon) considers herself to be a typical high school student with a big circle of friends. Everything appears to be going well for her until she finds she is living in a comic book and is really a minor character. What makes matters worse is that she falls in love with Ha Roo (Rowoon), a character from the comic book who is an extra. He’s scarcely visible in the comic book because he’s extra, making it tough for Dan Oh to see him. Despite the odds being stacked against them, the two struggle over how they should treat one other.

Ra Eun Ho is played by Kim Sejeong, and Hyun Tae Woon is played by Kim Jung Hyun (or should we say Hyun Tae Swoon). It’s pretty much exactly what you’d expect from a high school romance plot. Tae Woon and Eun Ho begin as friends who like making each other laugh, but Tae Woon gradually realizes his affections for Eun Ho and eventually confesses his love to her.

ALSO READ | The Orville Season 3 Release Date: Everything We Know