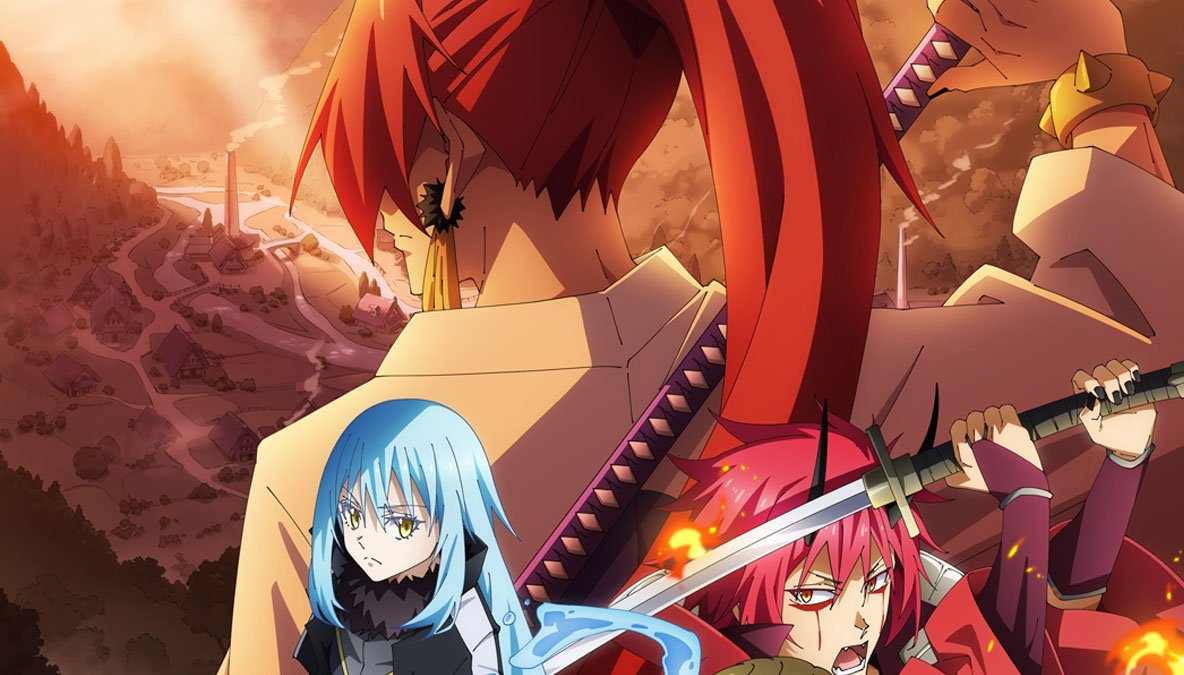 We are aware of the fact that the craziness of Japanese anime television series is on another level and its boundary does not lie within Japan, the craze has no boundaries, and the International fans of anime are growing a lot. But it would be a lie to say that fans only show love to the anime television series because fans are also very interested in Anime films.

There are so many popular anime films out there and some of them are The Garden Of Words, 5 Centimetres Per Second, Flavors of Youth, When Marnie was There, From Up on Poppy Hill, and many more are there but suddenly one movie has caught the attention of the anime lovers who have been following anime television series and movies for a long time.

Tensura Scarlet Bond is an upcoming Japanese animated movie which is created by Fuse and directed by Yasuhito Kikuchi. The original creator of the manga version is Taiki Kawakami and illustrated by Mitz Vah. The romantic title of this movie is Gekijōban: Tensei Shitara Suraimu Datta Ken: Guren no Kizuna-hen and it is also known as That Time I Got Reincarnated as a Slime the Movie: Scarlet Bond.

As this is an upcoming movie, fans are eager to learn all the factual information about the Tensura Scarlet Bond Movie. So keep on reading this article to know all the stuff that you want to know about this upcoming animated movie.

You do not need to feel sad because it is already confirmed that internationally it will be released in Early 2023. So as we know 2023 is near, our wait will be over soon.

The synopsis of this movie is very interesting as it depicts the life of Rimuru Tempest who is actually a smile but developed into a demon lord, it is not easy for Rimuru but he gets to experience this just to save his friends this is not just the story of the movie. It also focuses on Hiiro who is a survivor of the orges. The story unfolds when Hiiro and Rimuru encounter each other.

The wait no longer exists because the official trailer for Tensura Scarlet Bond is finally out on YouTube. It has been uploaded by the channel of Crunchyroll which means we can take the hint that this movie will be available there.

For now, you won’t be able to stream the movie because it is not yet released but there are still a lot of chances to watch the movie on Crunchyroll because the trailer has been uploaded on YouTube by the channel of Crunchyroll.