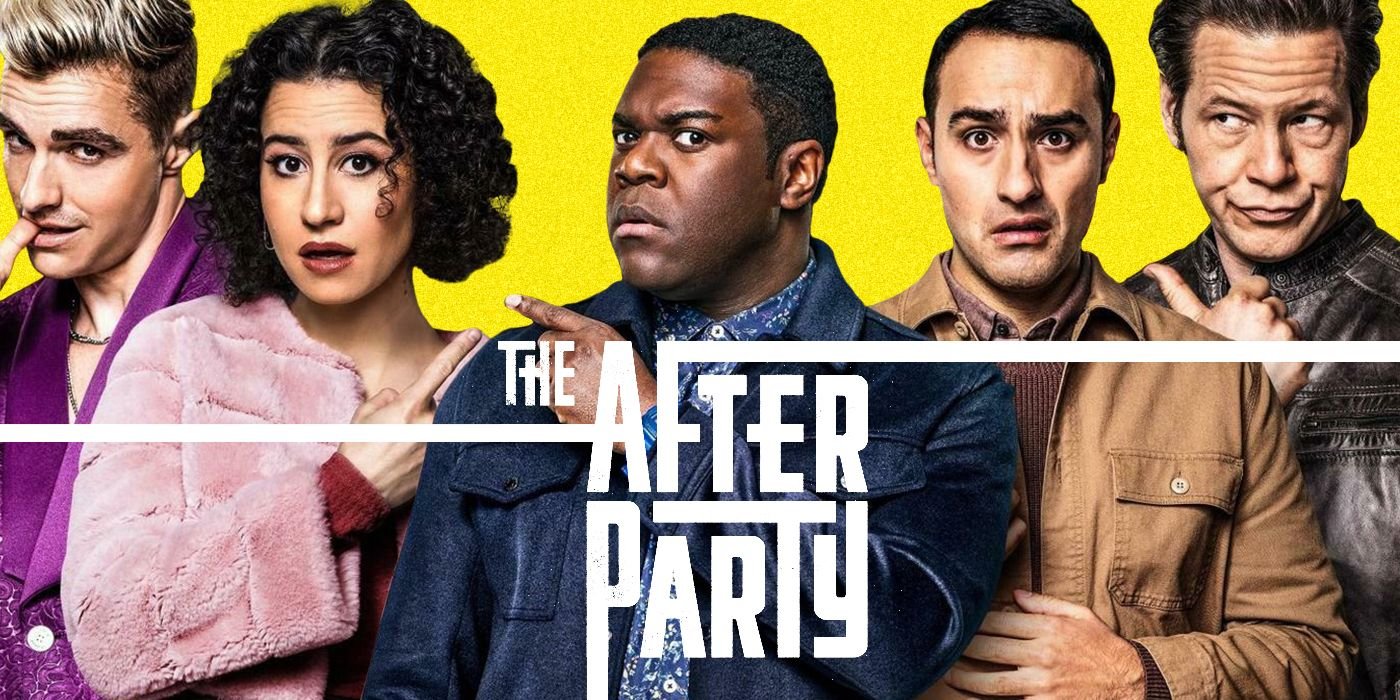 Apple TV+ series, the Afterparty started when there was a murder that had been committed at the afterparty of a high school reunion. With season 1’s release on 28th January 2022, this crime fiction managed to gain a huge loving audience in a very short amount of time. The crime fiction with an IMDB rating of 7.2/10 is about a story where everyone is treated as a culprit and as the story unfolds, each episode is about how each suspect, who is also the classmate of the victim, explains their version of the story. This series, which is more of a multi-genre is produced by Chris Miller and Phil Lord.

The network of Apple TV+ has confirmed season 2 and with this, it is confirmed that Detective Danner is going to come back and take her screen back. The strong screen presence of Tiffany Haddish would be back with a wham-bam and it is utmost desirable by her fans. With the confirmation regarding the renewal of the series for a new season just came in by March, and considering the development and production and filming timing, we are roughly guessing we shall have a date by mid-2023. However, for the time being, we have an accurate date for the release of the second season of this crime fiction.

With season 1 dealing with a murder crime from the after party of a high school reunion, it was a matter of huge anticipation as to what shall be the real plotline for season two. As far as the rumours are concerned and a few whisperings of different sources, the second season is going to be a murder mystery at a wedding. However, there are not many rumours or spoilers regarding the season. Season 2 which had an early renewal after the success of season one is surely one of the most awaited series for the Apple TV+ viewership. Well for the audience who is not very aware of season 1, it started with the murder of a pop Star alum, Xavier who fell off to his death from the balcony in his own house. This was a party which was arranged by him as a high school reunion and each person invited was a suspect to be interrogated by the Detective. With constant grilling and questionnaires, each suspect had their own story and perspective to share thereby leading to unfold of several truths.

Season 1 had an elaborate cast with main characters tiffany Haddish playing Detective Danner, Sam Richardson as Aniq, Zoe Chao as Zoe Ike Barinholtz as Brett Ilana Glazer as Chelsea and many others. If the rumours and sources are to be believed there has been news about Season 2 having a whole band of returning as well as a bunch of newer additions. When Chris Miller was questioned about the returning of Season 1 actors, he gave in a single hint of the new cast having a dog. Let us individually go through the new hotshot additions to the cast along with the thriving return of detective Danner.

The American Stand-up comedian and actress play the role of a detective in this series, popularly known as Detective Danner, who is resilient in solving the mystery behind the death of Xavier at his party, which was a high school reunion.

Season 2 is going to see some powerful season 1 returns and Sam Richardson who pays Aniq is one among them. The American writer actor-producer and comedian are all set to be back.

One who diligently played Aniq’s high school crush and Brett’s ex-wife, Chao is the third strong comeback being made in Season 2 of the Afterparty.

Apart from these, there are a few high profile names that are being taken as the new entrants into this crime fiction. Some of them are Sharp Objects sensation Elizabeth Perkins, known for a string role in Silicon Valley, Zach woods, Paul Walter Hauser known for Blackbird and others. There are even a few rumours that the cast is being joined by Poppy Liu, Anna Konkle, Jack Whitehall and Vivian Wu.

Though the Afterparty season 2 had an early renewal there is no official confirmation about the release of its trailer and surely no news about the release date. With the last season just released in January 2022, we estimate the trailer to be out by mid-2023.

Where to Watch The Afterparty Season 2?

The Afterparty is an original production from the Apple TV+ and people can watch it for free there. However, as the second season of the crime fiction is yet to be released, the viewers can for now enjoy the 8 streaming episodes of Season 1.