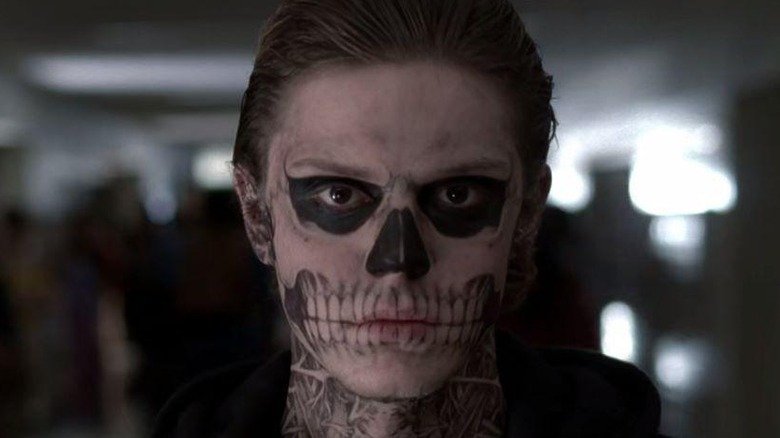 This is a horror television series created by Ryan Murphy and Brad Falchuk and produced by Ned Martel, Patrick McKee, Robert Williams, Evan Peters and Alexis Martin. Each season has stories based on different events and on different locations with different casts. The first episode of the first season was aired on October 5, 2011 on FX, a cable television channel and revolved around a family who moved into a haunted house.

The season 1-9 were aired on FX but season 10 will be aired on Disney+. The show has 109 episodes in total, each running for 31-71 minutes. It didn’t take long for the show to make its impact on the audience. The show received a lot of positive reviews making the first season most-viewed new cable series. Jessica Lange, who played the roles of Elsa Mars, Fiona Goode, Sister Jude and Constance Langdon, won two Emmy Awards, a Golden Globe Award and a Screen Actors Guild Award for her performances in the show. Kathy Bates and James Cromwell, too, won an Emmy Award for their performances.

Here are all the details we know about The American Horror Story Season 10 Release Date.

The first season titled Murder House had 12 episodes and ended on December 21, 2011. After 8 months, the season two first aired on October 17, 2012 with13 episodes under the name “Asylum”. Coven, season 3 was focussed on a teenager named Zoe and the witches and their struggle to find their identity in the real world was firstly aired on October 9, 2013.

like all other movies and series its production got delayed due to COVID-19 making it to premiere its first episode on 25th August. The last episode i9s set to aired on October 20, 2012 having 10 episodes. The series is aired on STAR World Premiere HD in India.

MUST-READ| Is 12 Years A Slave True Story? Answers Might Shock You!

This is a series in which every season has different story and plots. The story of season 10 revolves around a vampire inspired by real-life cape God. It is believed that he committed several murders in the late 1960s. This is not the first time that Murphy decide to recreate real life events into a series.

The hotel shown in season 5 is inspired by the real hotel Cecil Hotel and the characters Marie Laveau and Coven’s Delphine LaLaurie existed in the real life. In season 7 too, Murphy gave a touch of real life events. This season’s title was revealed by him and will be Double Feature. It is a story about Harry Gardener, a struggling screenwriter who moves to Cape Cod’s Provincetown. His daughter Alma and his pregnant wife, Dorris were with him.

There, he discovered a dark secret of a chemist who gives a black pill to those individuals who come there. These pills motivate them but here’s a twist. These pills have adverse side effect on one’ health causing them to loose their hairs and making them pale. Not only this, these pills even make an individual a blood sucking vampire.

The second part includes Sarah, Kaia, Lily, Angelica with Rachel Hilson, Nico Greetham, Neal McDonough, Cody Fern.s Murphy recently through his Instagram post announced that Kaia Gerber will join the season. Macaulay Culkin will make his AHS Debut in this season. Sarah Paulson, in an interview with Andy Cohen, said that this might be her last appearance in the show as she’s ready to move.

This season will be called Double Feature. Ryan, later, explained the meaning of it saying that this will be divided into parts. One will be Red Tide, whose shooting will take place by the sea, and Death Valley, which will take place by the land. The Red Tide will feature shark like creatures that is vampires and the second part of the season will be based on the aliens. On January 9, 2020 a season 13 of the show was announced.