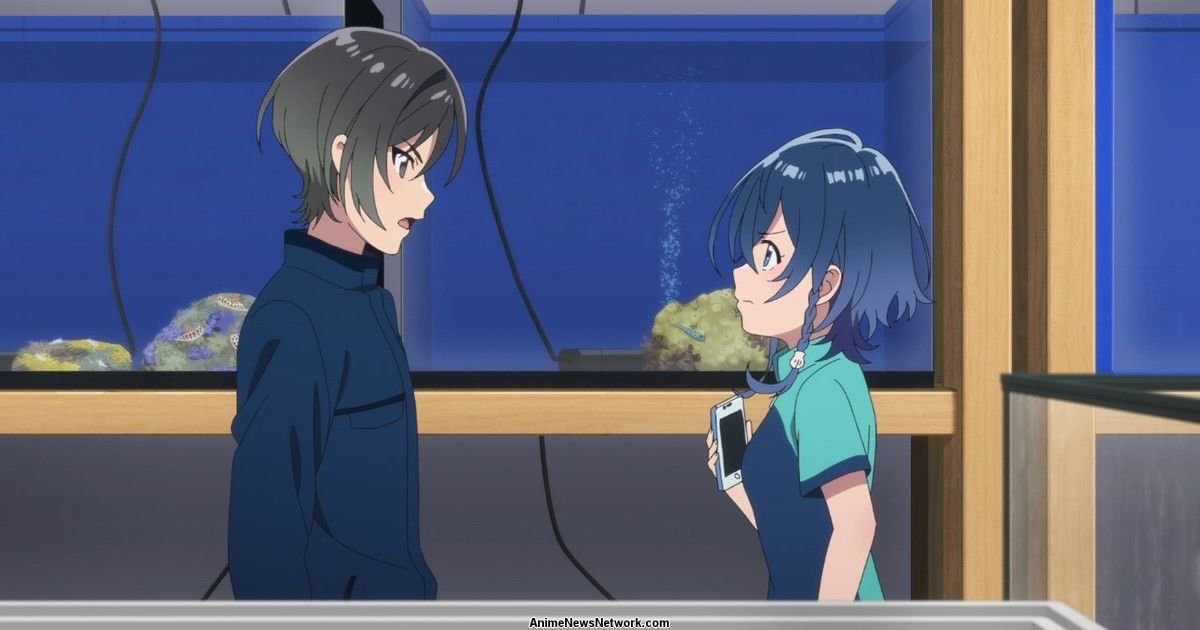 The Aquatope On The White Sand is an influential anime that speaks the fact that life can take drastic turns and one can never know what the future holds for them. With interesting characters infused with an intriguing refreshing plot with proper character designs and animation quality, the anime is worth a shot if you are looking for something laid back yet intriguing at the same time. As of now, the series has only 1 season as of now which was released on 9th July 2021. The anime series is produced by P.A. works which are popular for anime series such as Charlotte and Angel Beats. After seventeen episodes here is the information about The Aquatope On The White Sand Episode 18.

Here’s what we know about The Aquatope On The White Sand Episode 18 Release Date.

The Aquatope On The White Sand Episode 18 Release Date

The 18th episode of The Aquatope On The White Sand is scheduled to release on 4th November 2021 if everything goes according to schedule with no delays.

The Aquatope On The White Sand Episode 18 Plot Premises

The life of an idol seems pretty fun and exciting filled with thrills, opportunities, tours, meeting people, having fame, wealth, and what not? Any teenager would like to live a life of an idol if possible. However, Fuuka Miyazawa might disagree with you. The anime series The Aquatope On The White Sand revolves around a widely acclaimed idol named Fuuka Miyazawa, who despite having it all doesn’t feel even remotely fulfilled. Being frustrated and believing that she is not living up to her potential, Fuuka decided to leave her career as an idol behind and seek out something more intriguing. She just left behind her glorious and wealthy career as an idol and just stepped on a random flight to Okinawa.

She was ought to return to her home but instead, she decided that she needs a break and thus she ended up in Okinawa while she was supposed to attend a pity party and Morioh. Being away from her home, was the least of her worries as she was totally confused and perplexed regarding what she will do next in Okinawa. Her heart felt heavier than anything it was like that it will just rip out from her chest at any point. With all these complications and confusion she kept on moving around aimlessly, without even the slightest clue as to where she will go and what will she do.

However, luck was in her favor since her heartache faded away and she finally understood what she wants to do. She stumbled upon Gama Gama Aquarium which had her entirely mesmerized and intrigued. But the condition in which Gama Gama Aquarium was in was not too good for the aquarium as it was just an inch away from getting shut down and closed forever.

The aquarium was suffering from serious financial issues since the number of visitors is not nearly enough to resolve the financial distress of the aquarium. Aquariums are extremely expensive to maintain and it can cost a serious amount of fortune for anyone to maintain them. Gama Gama aquarium at the time Fuuka came across it was in need having majorly expensive yet necessary repairs which were extremely hard for the director of the aquarium to provide for so he decided to shut down the aquarium by the end of the summer. Director’s granddaughter Kukuru Misaniko was strictly against this.

Kukuru is a high school student who holds a deep love for a living creature so much so she doesn’t hesitate to take harsh steps when it comes to the matter of living creatures, her attachment with aquarium is deepest of all as well. She is an extroverted straightforward person and always gets down to the main thing without any divergence of any sort. Her enthusiasm is vividly visible and all in or she is an extremely cheerful person.

Fuuka Miyazawa- Japanese voice actress Rikako Aida from Tokyo, Japan provides the Japanese voice for Fuuka in the anime series. She was born on August 08, 1992. She also plays the role of Senda Naru from Kakushigoto.

You can watch the whole anime series here on Crunchyroll.

Also- Dumb And Dumber 3 Release Date: Will It Return?