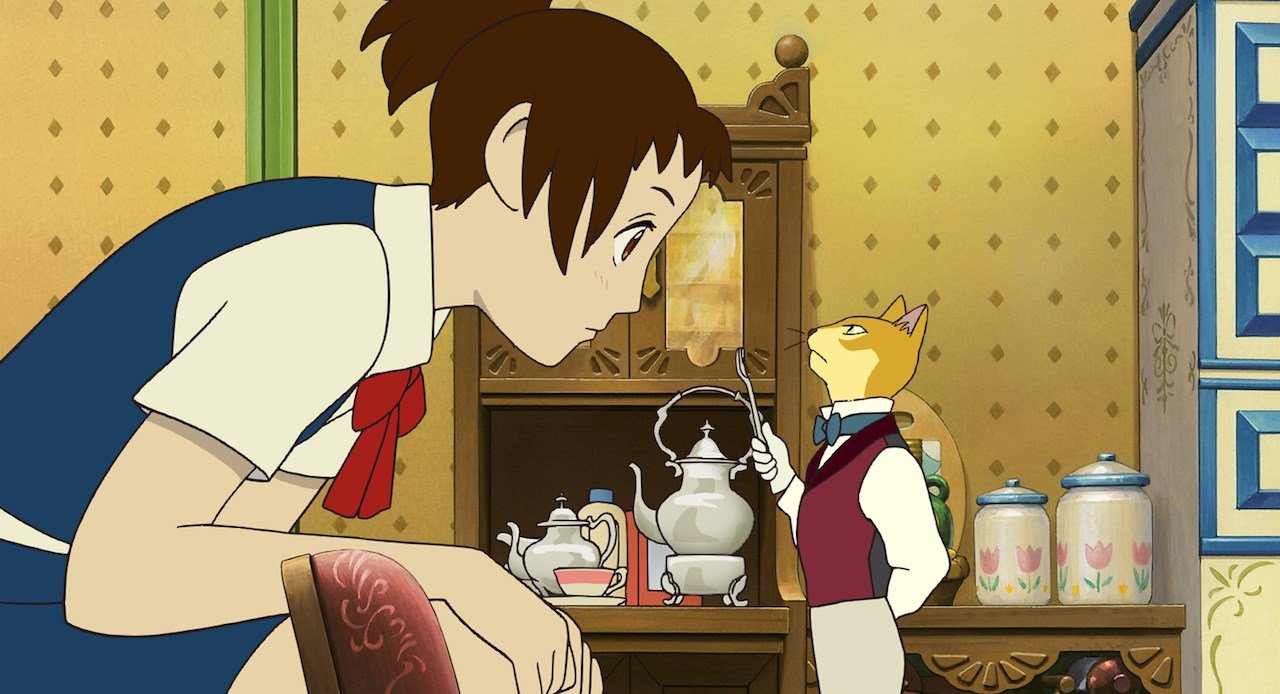 The Cat Returns (Neko no Ongaeshi) is a Japanese animated movie based on the manga of the same title by Aoi Hiiragi, another Studio Ghibli production that was released way back in 2002, The Movie earned $ 65 Million at the box office. It is a well-loved animation.

And since it is a success story, recently, the studio has decided to have a theatrical release in the US for the first time.

Read on to find the dates and more about ‘The Cat Returns’.

The Cat Returns: Us Release Date

The movie is being shown theatrically in the US on June 26, 2022, first at 3 pm and a second show at 7 pm. This will be an English dubbed version. On the following day, on 27 June at 7 pm, a non-dubbed version with subtitles, will be shown. The theatrical release is for ‘Ghibli Movie Fest 2022’ in the US

The story is about a high school student named Haru, who one day saves a cat from getting hit by a truck. This act of hers starts the whole journey of Haru in the cat realm. The cat that she saves, turns out to be a cat prince from the cat realm. And for her kindness, the cat king decides to make Haru his daughter-in-law. He makes the offer but Haru is confused and hesitant. Her confusion is taken as a yes. The voice of Yuki (a maiden cat) advises Haru to seek help from Muta (another cat) and get to the Cat Bureau where they meet Baron (a cat figurine) and Toto (a stone Raven) both magically brought to life by the sculptor. Soon after,  Haru and Muta are taken to the cat realm. They both do not have any idea on how to get out of the realm. In the human world, Toto and Baron try to find the entrance to the cat realm and eventually can find it.

Finally, they are able to get out of the cat realm. And Haru gets her life back

READ: The Greatest Demon Lord Born As A Typical Nobody Episode 11 Release Date

The main protagonist of the story, Haru is a normal and kind High school student. She saves a cat from being run over by a truck, the cat turns out to be a prince Lune from the cat realm. Haru gets an offer to join the cat realm by marrying Prince Lune. Haru does not agree. In order to save herself, finds Matu a cat, who leads her to the Cat Bureau to meet Toto and Baron. But she along with Matu is forcefully taken into the cat real. Wherein, they both get trapped. Eventually, she gets saved and returns back to the human world.

Yuki is a maiden cat in the cat realm who helps Haru to get out of the Cat Realm. It is Yuki’s voice that Haru first hears after she is offered marriage with Prince Lune. And as it turns out later, Yuki is the one that Prince Lune wants to marry.

Muta is a big white cat, and he is the one that leads Haru to the Cat bureau to meet Baron and Toto. This is suggested by Yuki to Haru.

Baron is a cat figurine turned to life by its sculptor. He helps Haru escape from the cat realm. Baron is also considered a criminal in the realm because he ate a whole lake of fish at once.

Toto is a stone Raven and like Baron is turned to life by its sculptor. He also helps Yuki escape the cat realm.

He is the cat prince, that is saved by Haru while he was about to get hit by a speeding truck on a highway. He does not want to marry Haru but his father, the cat king forces him to do so.

Where To Watch The Cat Returns?

The movie is available on Crunchyroll and Netflix.