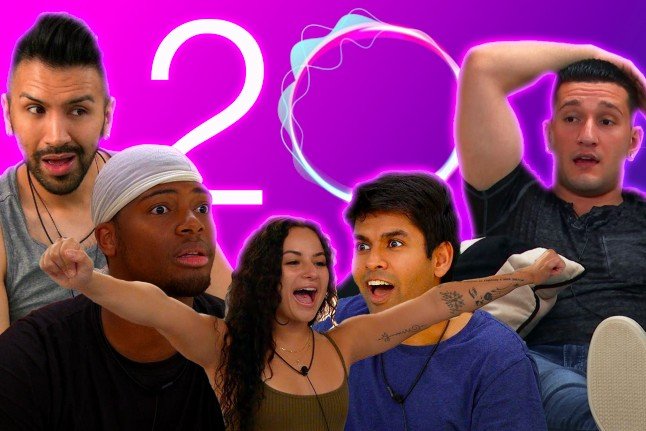 The Circle is an American tv reality show produced by Shane Byrne, Susy Price, Daisey Lilley, Tim Harcourt, Chet Fenster, Toni Ireland, Richard Foster and Stephen Lambert. Each episode is of 44- 63 minutes, 38 episodes being in total in three seasons. It was assumed that the era of the reality shows are over.

There is nothing new for the makers of the show to make available as a content to show to audience. Then the makers came up with the show called “The Circle” and the views about the reality shows completely. The show has been compared to Big Brother and Black Mirror. It has 7.3 ratings on IMDB out of 10 and 86% Google Users liked this show. All three seasons of this reality shows are available on Netflix to stream worldwide.

The first episode of the second season of the show was released on April 14, 2021. The last episode was aired on May 5, 2021. The third season was aired between September 8, 2021 and September 29, 2021. Netflix, recently, announced the that the show would be renewed for fourth and fifth season on August 9, 2021. Our best guess is that the fourth season will release in the last months of 2021 or early months of 2022.

Since it’s a reality show there is no fixed cast. In every season, people participate to win the game and the winning amount. The participant must be at least 18, although the past seasons had participant from all the ages group including aa 53 year old TikTok star called Michelle from South Carolina in season three. Netflix is yet to announce the cast of the upcoming season.

However, it is expected that Michelle Buteau will be in season 4 and 5. She is an actor and a stand- up comedian. Her funny statements make the show sarcastic and entertaining. Even fans on Twitter are seem to be comment about her being funny and sarcastic. The filming has not been started yet and thus, there is no much information. The final cast has not been selected yet. It is possible for the new season to introduce more twists and turns.

MUST-READ: Forever And Ever Season 2 Release Date: Is It Renewed?

It is important for every player to live in the same apartment building but they don’t meet each other face- to- face. They communicate to each other through specially designed social media app which allows them to portray themselves in the way they want to. For eg. a male player can talk to others as female. The apartment has screens in every room so that the players are able to talk to each other as they go about their everybody lives. In the app, every player is required to make an account. This includes sharing their name, age, relationship status, a short bio and a picture to use it as their profile picture. Everyone is allowed to change their profile picture. Each day, the players talk about their daily life and their thoughts of the day.

During this game, the participants rate each other from first place to last place. The two people with highest ratings become the influencers and the others are at a risk of bring blocked by them. However, there may be twist in the process of blocking too. The identity of the influencers is a secret so the names of the players who are blocked. One day prior, a video message is shown to other people to reveal the identity of blocked contestants.

The other players reach to finale of the reality show where they rate each other for one last time. The highest rated player in this, win the game and US$ 100,000. Fans are allowed to vote for their favorite players. The contestant with highest votes wins the title of Fan Favorite and US$ 10,000.

Netflix has not released the trailer of season four yet. However, it is expected from Netflix to release the trailer soon.