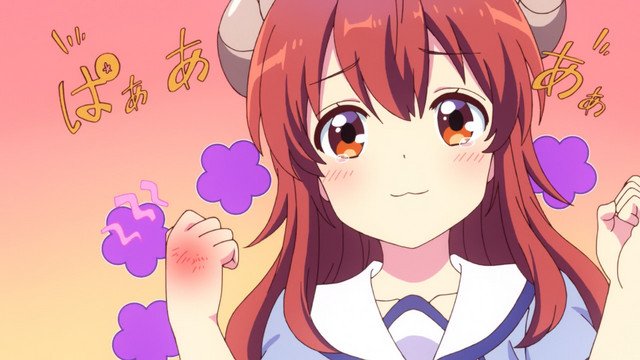 The Demon Girl Next Door is an anime adaptation of a four-panel manga produced by Izumo Ito. Its manga was published in Manga Time Kirara Carat in 2014. It has had six volumes till now. The genre of this anime is supernatural and comedy. The television was adapted by J.C.Staff. its first season premiered on TBS and BS-TBS between July 12 and September 27, 2019, having 17 episodes. While its second season premiered on 8th April 2022 and is continuing. The opening song for the anime is “Machikado Tangent” performed by Shami Momo, its ending song is “Yoimachi Cantare” by Coro Machikado.

Now that all 6 volume of the manga is already used in making anime there is a lot of that we have to take into consideration whether season 3 is going to be released or that if we look at it with the availability of content then fans don’t have to worry about it because the manga is going to be continued from January. It only got its break because its author is in serious condition from a health issue. But its release will also be affected by the popularity of the show it’s a hit, and it will be certain that we are going to get a season 3 of The Demon Girl Next Door season 3 if I have to guess then it will take nearly 2 to 4 years before its season 3. If we get any updates related to season 3 we will inform you as soon as possible.

Also Read: How Did Zeke Get The Beast Titan’s Power?

Yuko Yoshida appears to live an ordinary life until everything goes south with the awakening of her demonic powers. From then she thinks of a new identity, the Shadow Mistress Yuko. In the first episode of the series, Yuko was told that she is from a decent dark clan. And they live in poverty because of the opposing light clan. That very day she was tasked by her mother to defeat the magical girl of the local town to restore the lost glory of her clan. But the situation becomes more complicated when she was saved by the magical girl she was tasked to defeat from an oncoming truck on her way to school. The next day she discovered that the magical girl, Momo Chiyoda is a student at her school, this whole scenario caused her an unsuccessful attempt to defeat the magical girl. With many turns of events, they end up becoming friendly rivels and Yuko ends up stealing some of Momo’s ability when she is tasked with securing Tama City’s calm. There is a maximum chance of getting a continuation for the 3rd season of The Demon Girl Next Door.

The main characters who appeared in the first and second seasons are likely to return for the third Season. Although it’s not known if there are new characters in the third season, it is scheduled to launch is not decided yet. The cast that is expected to reprise their respective roles in the third installment is–

Where To Watch The Demon Girl Next Door Season 3?

There isn’t a single leak about season 3. this is obvious that there is no trailer for season 3.