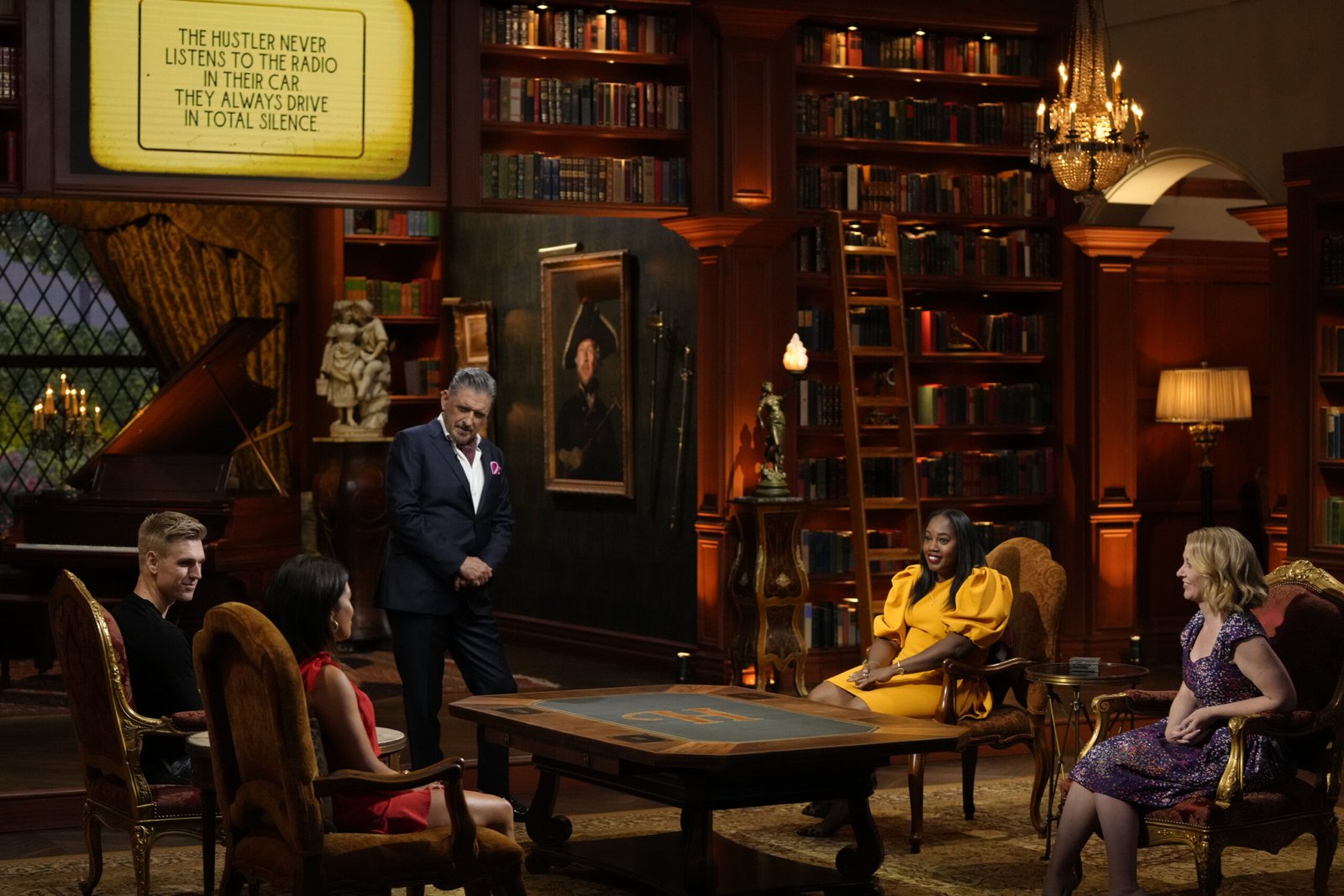 The creativity with which the makers are coming up with amazing formats for reality shows is remarkable. The extent to which the creators are going to entertain their audience is worth appreciating. Compared to the earlier times, a variety of shows are now available that exhibit different and very amazing formats.

We are going to talk about one such reality show in the article, which has won people’s hearts with its entertaining and remarkable concept. We are talking about The Hustler. The Hustler is a Trivia Game show which is hosted by Craig Ferguson. As per the format of the show, in each episode, there are five contestants who play collaboratively to correctly answer a series of 10 questions, each question worth $10,000. The objective of every contestant is to build the maximum amount of money in a prize pot which increases with each correct answer given.

This seems like a very simple show. So what’s so interesting about it? Well, what’s interesting is that one of the five contestants, The Hustler, already knows the correct answers to the questions because of his interests or experience. Two contestants are anonymously evicted by the Hustler in each episode. Then, the remaining three contestants have to decide and let know who among them is the secret Hustler!

If the two contestants are successful in identifying the Hustler, they get to split the prize money among themselves. Contrary to this, if both of them, are wrong, the Hustler gets to take all the prize money, which could be more than $1,00,000.

The show premiered in 2021 and created a lot of buzz among people because of its different and fascinating format. When the show started at first it was successful in attracting the attention of a lot of viewers. The makers came up with two seasons.

Some of the people who liked the show are desperate to know when season 3 is going to release. Different information is trending on the internet which has left people confused. Some claim that the show has been canceled while some claim to give estimated release dates of the show.

What’s the truth? Has the show been canceled? Or it’s just one of those baseless rumors which have no truth in it?

We understand that the different speculations which are being made about the release of season 3 must have left you with a lot of confusion. Well, worry not because we are here to clear things out.

There is no better way of saying this, but yes, the show has been canceled. So if you had come across any information that said that the third season of the show is not coming, we regret to inform you that it was true.

The game is over and the show has been canceled. There is not going to be another season for this game show. The cancellation of this show has left the viewers with one question, why?

The show seem to be performing fair enough and it was not like the show was so boring and monotonous that was not even worth watching for anyone. So why has the show been canceled? Let’s dig into the facts and find out.

Why was Hustler Season 3 Cancelled?

Everything seemed to be going well for the show. The format of the show was very interesting which featured a group of people collaborating to answer a series of questions for winning prize money. One among the five people answering the questions is a Hustler who already knows the answers to all the questions because of his experiences or his interests.

Not only the format of the show was very interesting but another reason why some people loved watching this show was that it was hosted by Craig Ferguson.

When Craig Ferguson was promoting this show, it was quite evident that he was very excited and happy to be the host of this show.

When the first season of the show premiered in 2021, just after three months, in April, the show was renewed for a second season. The second season also premiered soon. The readiness with which ABC was releasing the seasons of this show made everyone feel that more seasons for the show will be in line. But this did not happen, unfortunately. Instead of coming up with more seasons, the show got canceled. This news came as a very hard blow to the fans who were enjoying watching this show and were expecting more seasons to come.

While some of the people were head over heels for the show, it seems that not many people enjoyed watching this game show. Surprisingly, the main reason why the show was canceled is that people had stopped watching this show. According to the information we have, the second season’s ratings suffered a 44% dropped. This was a reason which was valid enough for the makers to stop making any more seasons for the series.

Another reason that is being given by some people is that the seasons of the show were hurried off and were not promoted well enough.

The bottom line is that the show has been canceled and for those who loved the show, it is a huge disappointment that it is not going to have any more seasons.

What Does the Show’s Cancellation Mean For Craig Ferguson?

Apart from knowing about the cancellation of the show what some people are interested to know is how is the cancellation of the show going to affect the host, Craig Ferguson. Craig Ferguson has attained a lot of fame and fortune with the help of this show. With the help of this show, he was able to prove his mettle once again and prove that he is one of the most fascinating people.

Well, it is very obvious that when a show is canceled, it isn’t a good thing for the stars, considering the financial aspect. But in the case of, Craig, the show is not going to affect him a lot financially. He is quite rich, so money is not going to be a problem for him. But although he is not facing any financial problems, the show’s cancellation is still not a good thing for him.

We say this because he once admitted that, although he was the one who willingly quit The Late Late Show, he had to go through a very rough and difficult time after the show had ended. Consequently, we won’t be wrong in estimating that he must be very upset after getting to know about the cancellation of the show.

He has expressed his joy of being able to host the show multiple times. The show not only served as one of the things that ensured his financial soundness but was also something that he was enjoying doing a lot.

But this is not the first time that the star has landed into a difficult time. He has stumbled upon various problems in his life and has handled all of them with utmost Grace and strength. He is a person of a very tough nature who knows how to deal with rough patches in his life and this time as well, his fans are expecting him to emerge triumphantly and not let this problem bring him down.

What makes his fans love him the most? Unlike other celebrities who show their true colors when they are fans actually getting to interact with them, Craig is a very humble person who is very intellectual, funny, and cares about the people around him. Unfortunately, some of his efforts in the industry have failed but he has never let that baggage hang him down and come in between his path to achieving success.

Irrespective of everything, the star is doing well financially and has made a good name for himself in the industry all based on his talents and skills. He has earned a lot of respect among his fans.