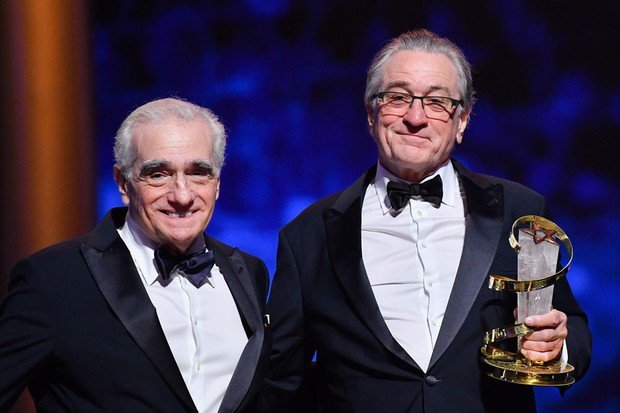 2019 released Netflix’s ‘The Irishman’ is an American epic Crime/Drama film directed by Martin Scorsese. The story is based on a 2004 released nonfiction and memoir book by Charles Brandt (a former Homicide Prosecutor). The book is a hit and loved by a huge number of people. When the movie came out, it was received well by the viewers. And the movie is considered the best by Martin Scorsese so far. It stars huge casts such as Robert De Niro as the protagonist Frank and Al Pacino as Jimmy Hoffa etc. With a whopping budget of around 170 million dollars, this movie is one of the most expensive crime-thriller dramas and also the longest-running film by the director. It runs for 209 minutes.

The movie was released on Netflix on November 27, 2019, and was not premiered or promoted as hugely, it had a limited theatrical release like other commercially successful movies. Despite earning way below the budget at the box office, the film is a critical success and is loved by viewers all over the world. The movie was praised for both the direction and the acting. It received 10 nominations at the Academy Awards (92nd) in categories like Best Picture, Best Director, etc.

And it also received 5 nominations at the Golden Globe Awards (77th). Moreover, it got nominations for the British Academy Awards (73rd) too. However it could not win any of the nominations, but the number of nominations shows how much it was a success among the people and critics. The Irishman is rated 7.8/10 on IMDB and has a 95% positive review on Rotten Tomatoes with 87% likes by Google Users.

With such great success, the movie has made fans wonder about a possible sequel to the movie. So is there going to be one or will there never be one? Let’s find it out below and learn more about the movie. Do not forget to keep yourself updated on your favorite movie and shows here at @poptimes.

With the critical success the movie has received and the love of the viewers for the film, it is natural to wonder about a sequel. It is said that the movie has covered almost everything that was in the book. Frank’s (the main character) aspects and everything related to him that was explored in the book has been included in the movie. So this narrows the possibility of a sequel unless the writer decides to publish another book based on the first. Moreover, even the director, Martin Scorsese is known for not releasing a sequel for any of his films. And add to that, bringing the big casts together once more is a greatly difficult task. This further brings the possibility of ‘The Irishman 2’ down to almost zero. But no one can say for sure as we don’t know what Netflix might have ideas.

Finally, as for now, there is no ‘The Irishman’ sequel in the making. There is no confirmation by anyone involved. Till then, the fans have to wait and see if there is going to be one or never.

The story of the movie is on whole a memoir recounted by the protagonist Frank Sheeran. He while recounting the memoir, is an elderly World War 2 veteran in a nursing home. Frank recounts his time when he was involved with the mafias and crimes. The memory starts in the 1950s in Philadelphia, when Frank was working as a truck driver for a company. Secretly, he starts selling some of the stuff which he was transporting to the local mafia group member ‘Skinny Razor’. Eventually, although he does not get caught red-handed, the company accuses him of theft. And the person that introduces him to the mafia world is surprisingly the lawyer Bill Buffalino. He has ties with the mafia as his cousin Russell turns out to be the head of the ‘Philadelphia Crime Family.

After being introduced to Russell’s mafia team, Frank begins his errands for the mafia and gradually gets more and more into the world of Mafias, Dons, and crime. During his time working for Russell, he gets to meet Jimmy Hoffa, the president of ‘International Brotherhood of teamsters’ (IBOT). Hoffa is arrested on the charge of ‘Jury Tampering’ in 1964. Eventually, after being released on parole, Hoffa tries to get into his former position in the IBOT once again. And decides cut ties with the mafia group connected with the Labor union group. This move makes the Dons and Mafia groups furious and they decide to kill Hoffa. In all this, Frank is chosen to be the ‘Hitman’ to finish Hoffa. With pre-planning, Frank shoots Hoffa and kills him on the spot.

In the end, although the people involved were never proved to have killed Hoffa, all of them eventually get arrested on other charges and they die one by one in the prison. Except for Frank, who was gets released and put into the nursing home. That is where he recounts his former life as a Hitman for the Mafias.

The American-Irish Protagonist of the story, Sheeran recounts his former life involved with the mafias in Philadelphia.

Hoffa used to be the president of ‘IBOT’. He is eventually killed by Sheeran.

Where To Watch The Irishman 2 Online?

The Movie is available for watching on Netflix.